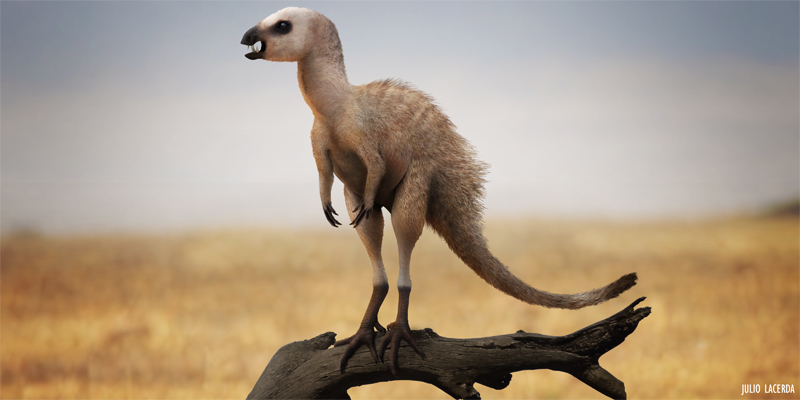 All Posts
A newly described specimen of a tiny plant-eating dinosaur shows features indicating that it may have been able to climb around in branches -- an ability so far unknown in any dinosaurs except birds.

Dinosaurs were enormously successful vertebrates that dominated terrestrial ecosystems for almost the entire Mesozoic Era. The dinosaur family tree can be divided into three major branches: the theropods, mostly carnivorous bipeds (including birds); the sauropods, usually enormous long-necked herbivores; and the ornithischians, an incredibly diverse assemblage of beaked herbivores. Commonly known onithischians include (but are not limited to) armored dinosaurs, horned dinosaurs, bone-headed dinosaurs, and duck-bills. One of the earliest groups of ornithischians to appear in the fossil record are the heterodontosaurids, small bipeds recognizable by the long tusk-like teeth in their upper and lower beaks. Heterodontosaurids are known from the Upper Triassic to the Lower Cretaceous rocks in Africa, Asia, Europe, and North and South America and include the namesake Heterodontosaurus from the Early Jurassic of South Africa as well as the famous filament-covered Tianyulong from the Early Cretaceous of China.

In June, researchers described a new specimen of a heterodontosaurid found in Lower Jurassic rocks from Argentina dated to about 180 million years ago. The specimen, which consists of portions of the left and right foot, several toe bones, and some tail vertebrae comes from the Cañadón Asfalto Formation in near the town of Cerro Condor, Chubut Province. The authors think it’s likely that the remains belong to Manidens condorensis, a pigeon-sized heterodontosaurid found from the same location. Unfortunately the only known specimen of Manidens lacks its feet, so there are no overlapping parts that would make the assignment definitive.

A detailed comparison of the new specimen with other heterodontosaurids has revealed a few peculiarities. For instance, a raised ridge on the back of the foot near the ankle was interpreted as an area for additional tendon attachment. Additionally, the toes are unusually long and the claws are narrow and curved resembling the shape seen in many birds. Finally, the first toe had a unique combination of characters that seemed to indicate that it may have been able to grasp objects despite being shorter than the other three toes. 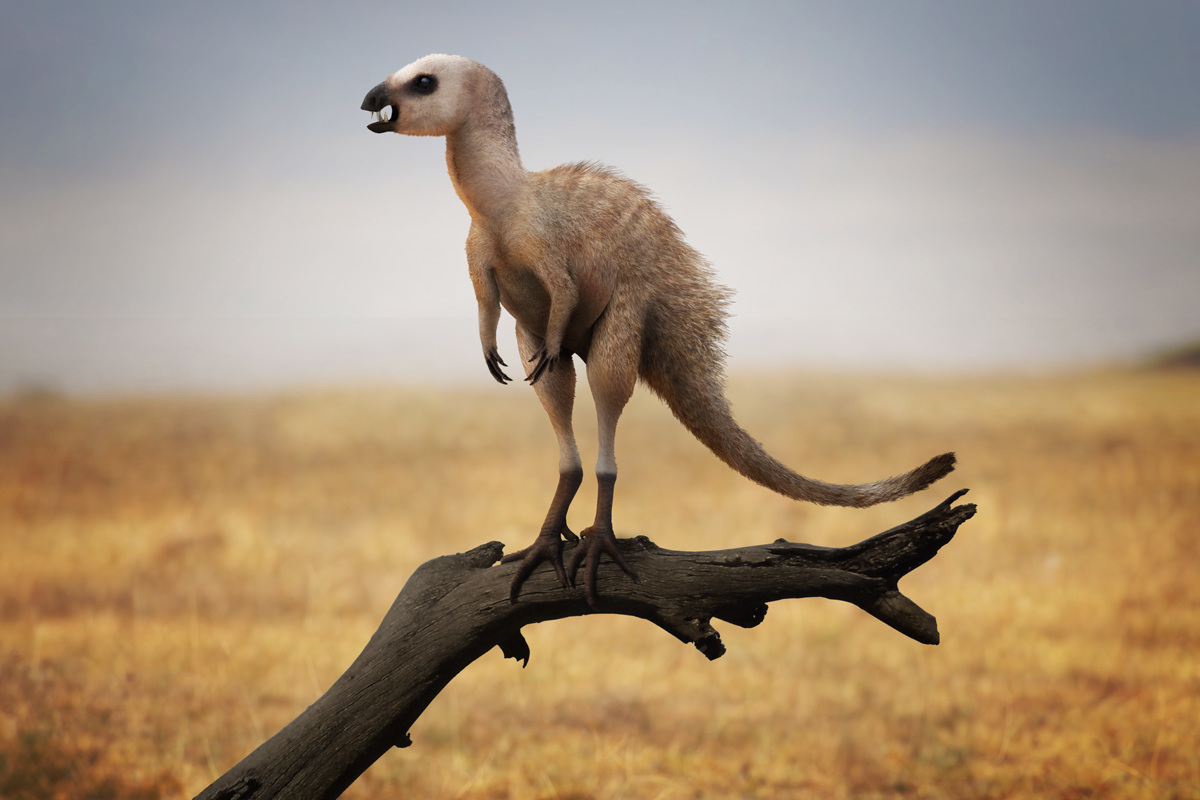 Heterodontosaur
The ornithischian dinosaurs might have been a tree-dwelling group.
Julio Lacerda

When these unique anatomical characteristics are compared to a broader range of dinosaurs including both ground- and twee-dwelling birds, the new heterodontosaurid specimen was most similar to tree-dwelling birds. This led the authors to suggest that this heterodontosaurid may have in fact spent some of its time clambering around in trees and bushes, a lifestyle that is so far unknown in any ornithischian dinosaur.

Further research and fossils are needed to confirm that the specimens are indeed from Manidens, and if the tree-climbing interpretation is correct.