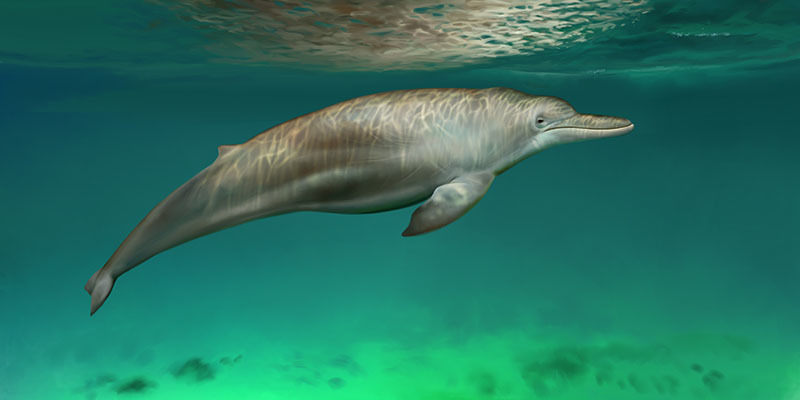 All Posts
A fossil whale collected by a group of undergrads from a drainage ditch two decades ago has turned out to be an important transition from archaic to modern species. This and three other newly discovered specimens of Albertocetus, an early dolphin-like species, provide important anatomical information about the earliest ancestors of the living toothed whale lineage.

Whales entered the sea shortly after the extinction of the non-avian dinosaurs and marine reptiles. They’re members of the even-toed ungulate lineage – the artiodactyls – and closely related to hippos. They rapidly evolved into fully aquatic animals within the first 20 million years of the Age of Mammals.

The evolutionary history of archaic whales is now well understood, but the transition from archaic forms to the two living lineages had remained murky. New specimens of a 29-million-year-old dolphin-like whale called Albertocetus have allowed paleontologists to learn more about how they lived and evolved.

The research, published by Robert Boessenecker and colleagues, describes the four new specimens, including one collected decades ago. Boessenecker spoke to Earth Archives about the research and said, “The centerpiece specimen in the study, a partial skeleton including a skull and about half the vertebral column [spine], was collected from a drainage ditch in the 1990s by undergraduate students at College of Charleston. Unfortunately, nobody bothered to write down their names at the time. Regardless, I think it's pretty remarkable that a bunch of young kids went out and collected it.” 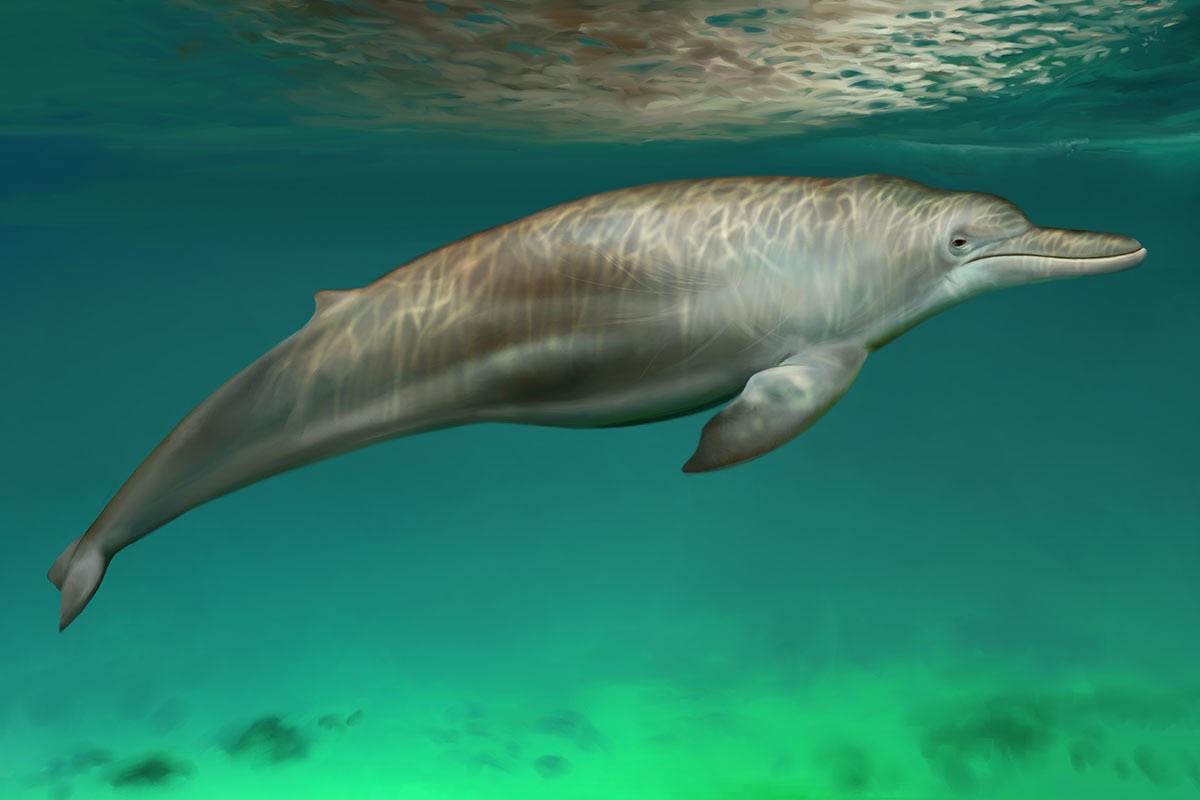 Albertocetus was previously known from a single skull, but nothing else of the skeleton. These new specimens allow paleontologists to understand unknown details about the anatomy of early dolphin-like whales.

Boessenecker said, “Thanks to a lot of quality research done on early whales (archaeocetes) largely from Egypt and Indo-Pakistan, we know a lot about how whales evolved and adapted to life in the water. However, we know relatively little about how archaeocetes transitioned to early baleen whales and early echolocating whales, and even less about how and when that split happened.” Their research focuses on the evolution of brain size, senses like smell and hearing, and locomotion in Albertocetus and its closest kin, known as xenorophids.

These new specimens allowed Boessenecker and colleagues to determine the body size of Albertocetus, and compare that to the size of their brains. They found that Albertocetus had an unusually large brain for an early whale, much more similar to what’s seen in living toothed whales. Although the brain was large, it wasn’t fully modern, being anatomically transitional between artiodactyls and living toothed whales.

Transitional anatomy can also be seen in the tail, where the vertebrae show that the tail was relatively thick at the base of the flukes, called the caudal peduncle. This condition is unlike what’s seen in living whales but similar to archaic whales. Boessenecker, describing its significance said, “Albertocetus likely would have not had a narrow caudal peduncle unlike all modern cetaceans – suggesting that mysticetes and odontocetes evolved this feature independently.”

Xenorophids like Albertocetus are commonly called “dolphins” because they are small, toothed whales. They’re not the direct ancestors of living dolphins however, but related to the ancestors of all toothed whales including sperm whales, beaked whales, porpoises, and dolphins. They would look quite similar to living dolphins or beaked whales, but there are several key differences.

Describing these early small whales, Boessenecker said, “Xenorophids were anywhere from 1.2 meters (4 feet) in body length to about 3-4 meters (10-13 feet). Xenorophids typically have long snouts with double-rooted teeth that interlocked, nasofacial muscles involved in producing sounds for echolocation, and ear bones adapted for hearing high frequency sounds for use in biosonar.” The tail vertebrae are rectangular, meaning that Albertocetus had tail flukes.

Albertocetus would be further differentiated from living toothed whales by some facial features. Echolocating whales have a unique organ in their forehead called a melon that helps focus vocalizations. In Albertocetus it would have been smaller and farther forward than in living toothed whales. Its blowhole was also reminiscent of the noses of land animals, being in front of the eyes rather than on top of the head. They probably also had two nostrils like land animals and sperm whales.

Thanks to work by paleontologists around the world, including Boessenecker, the early evolutionary history of whales, and the early history of the two living lineages is becoming more clear every day. Boessenecker’s future research includes more work on early echolocating and toothed baleen whales from around the world, and describing several new whale species from South Carolina.

Read the original description in PLOS ONE.