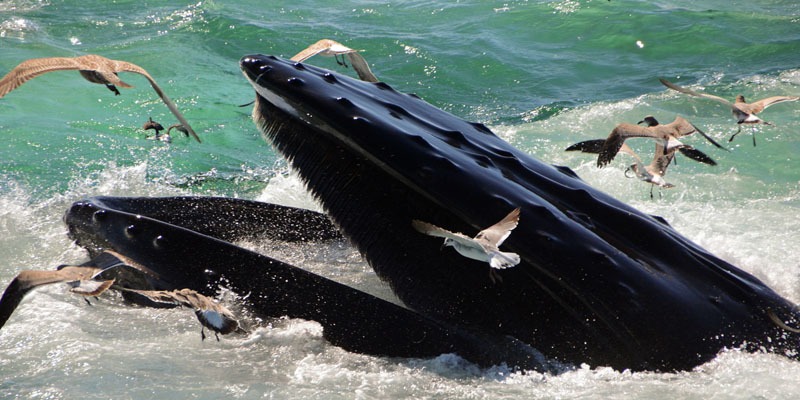 All Posts
A team of researchers from the University of Otago created a comprehensive guide to the history of baleen whales based on the most complete family tree ever made for the group.

Whales have baffled scientists for centuries. These creatures were hard to study for most of humanity’s history, being so huge and living in such inaccessible places as the open oceans. Even today, there are some whale species that have barely been seen alive, and others that are still being discovered. But the largest and most accurate catalog of whales has been created by researchers from the University of Otago, giving us a glimpse on their evolutionary journey.

Otago Geology Ph.D. graduate Dr. Felix Marx and Professor Ewan Fordyce have listed all known species of living and extinct baleen whales, the big filter-feeders like the humpback and blue whale, and in the process created a comprehensive guide to their family history spanning 40 million years.

They found that whales first experienced a boom in diversity, also known as “adaptive radiation,” early in their saga. This process is similar to what happened to the famous finches of the Galapagos Islands observed by Charles Darwin. In both cases, a few groups expanded into many different lineages by exploiting ecological opportunities. This evolutionary burst coincided with a period of cooling in the planet’s climate.

Around 30 million years ago South America broke apart from Antarctica. That left the icy continent finally separated from other landmasses and created the Southern Ocean and the Antarctic Circumpolar Current, a long ocean current circling around it.

The isolation of Antarctica caused a drop in the average temperature of the planet. The free circulation of water around the continent created a belt of cold waters that connected all of the world’s oceans. This current contributed to the dissipation of heat throughout Earth and increased the amount of carbon dioxide (CO2) being absorbed by the seas. The presence of CO2 is a factor of global warming, so the reduction of its levels in the atmosphere leads to lower temperatures.

Cold waters in turn can absorb more oxygen than warm waters, and the constant movement of cold water descending to the bottom and warm water rising to the surface along the borders of the Southern Ocean creates nutrient-rich zones. These nutrients are the food source of plankton, microscopic organisms that provide the basis of oceanic food chains.

Faced with this abundance of plankton in the southern seas, early whales diversified into many different forms that were specialized in eating it. Stiff hair-like bristles made of keratin called baleen replaced their teeth and the whales evolved special jaws and expandable throats for more efficient feeding.

Some of those whales still retained a few widely-spaced teeth along with bundles of baleen and complemented their diets with bigger prey like squid. These truly transitional forms were outcompeted by the smaller dolphins and seals that were more agile and best suited for pursuing fast-moving animals, leaving behind only the toothless plankton eaters.

The researchers also point out that a minor extinction event happened around 3 million years ago when the last Ice Age was in full swing, with smaller baleen whales dying out. They believe this new change in the global climate modified sea levels and the distribution of food along the oceans, creating the need to migrate annually from the tropics where whales breed to the poles where they feed. The strain of long-distance migrations made the smaller species of whale disappear, while the giants that were capable of enduring the yearly journey survived.

Today there are around 15 species of baleen whale, ranging from 6 tons to more than 130 tons. They are some of the biggest animals to have ever lived on Earth, probably surpassing even the largest dinosaurs in terms of weight. These unique animals are different than any other kind of mammal and now face yet another global climate change, now happening much more quickly. But this time, without the help of conservation efforts and responsible environmental policies, their 40-million-year-long trajectory may come to an abrupt end.