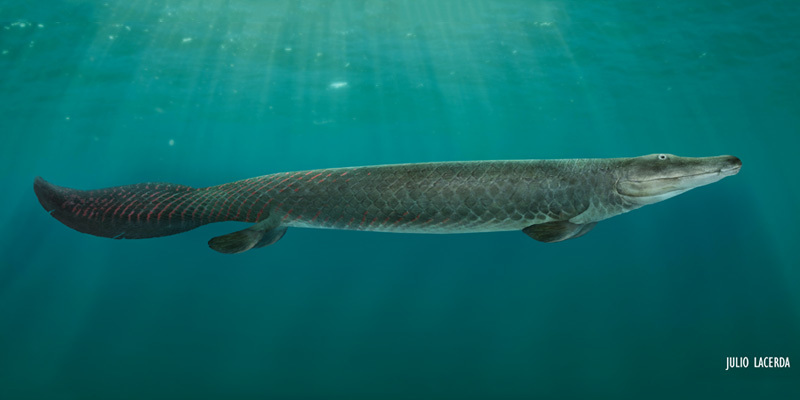 Early legs not as diverse as thought

All Posts
The limbs of the earliest four-legged vertebrates from 360 million years ago were not as structurally diverse as previously thought.

This is a common assumption about evolution, which states that new features tend to trigger the rapid diversification and anatomical experimentation to fill the previously empty niches. In the case of early tetrapods, this relates to the possibilities of life on land.

According to Wills, legs had to fulfil two new functions: supporting the weight of the animal on land, and helping them to navigate the terrain. This dual requirement likely restrained the variability of early legs, limiting the possibilities of forms they could take.

This finding challenges the long-accepted notion about evolution, which may be crucial to understand other major diversification events. Such an event is also expected to have happened in the early appearance of birds, for example.


Related Stories
The mighty Megalodon shark may have starved to death
The burrowing ancient spadefoot toad from Mongolia
What killed the real-life King Kong?
'Pre-historic' animal shell found in Argentina
The giraffe's heavyweight cousin gets a facelift
//sulc.us/n6sbv
/articles/evolutionary-leap-from-fins-to-legs-was-surprisingly-simple/