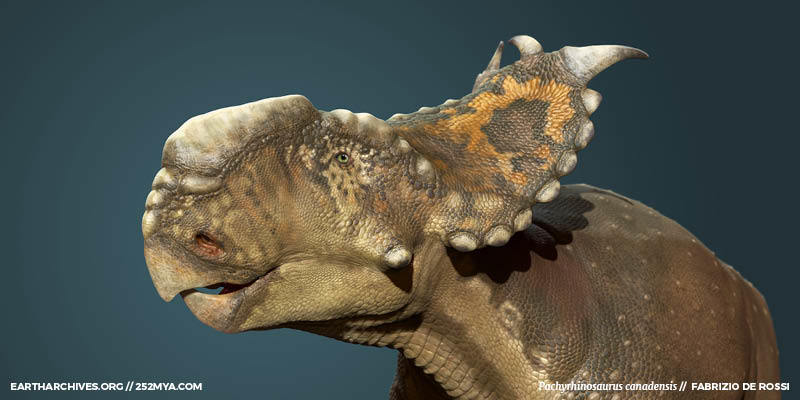 All Posts
This oddball of the horned dinosaur family had a lumpy mass of bone where Triceratops flaunted its famous triple horns.

When the first fossils of Triceratops were found at the end of the 19th century, they showed a dinosaur unlike any other. It was a four-legged herbivore with horns over its nose and each eye and a large frill covering its neck. In the following century Triceratops was joined by many other ceratopsids, the large horned dinosaurs known from Upper Cretaceous rocks of North America. Each of these species was similar to Triceratops, and they all had some variation in the size and shape of the facial horns and frill.

All of them — except Pachyrhinosaurus canadensis.

First named in 1950, Pachyrhinosaurus was unlike any other ceratopsid. Instead of horns over its nose and eyes, Pachyrhinosaurus bore a lumpy mass of bone looking like an enormous tree stump. In the following decades, the strange lumpy nose, technically known as a nasal boss, confounded explanation. It was usually thought to be covered with a thick layer of keratin, the same material that makes up claws and beaks. Occasionally, fanciful interpretations emerged including the nasal boss being used as a bird bath, or the nasal boss being the bony base of a gigantic cone-shaped horn. 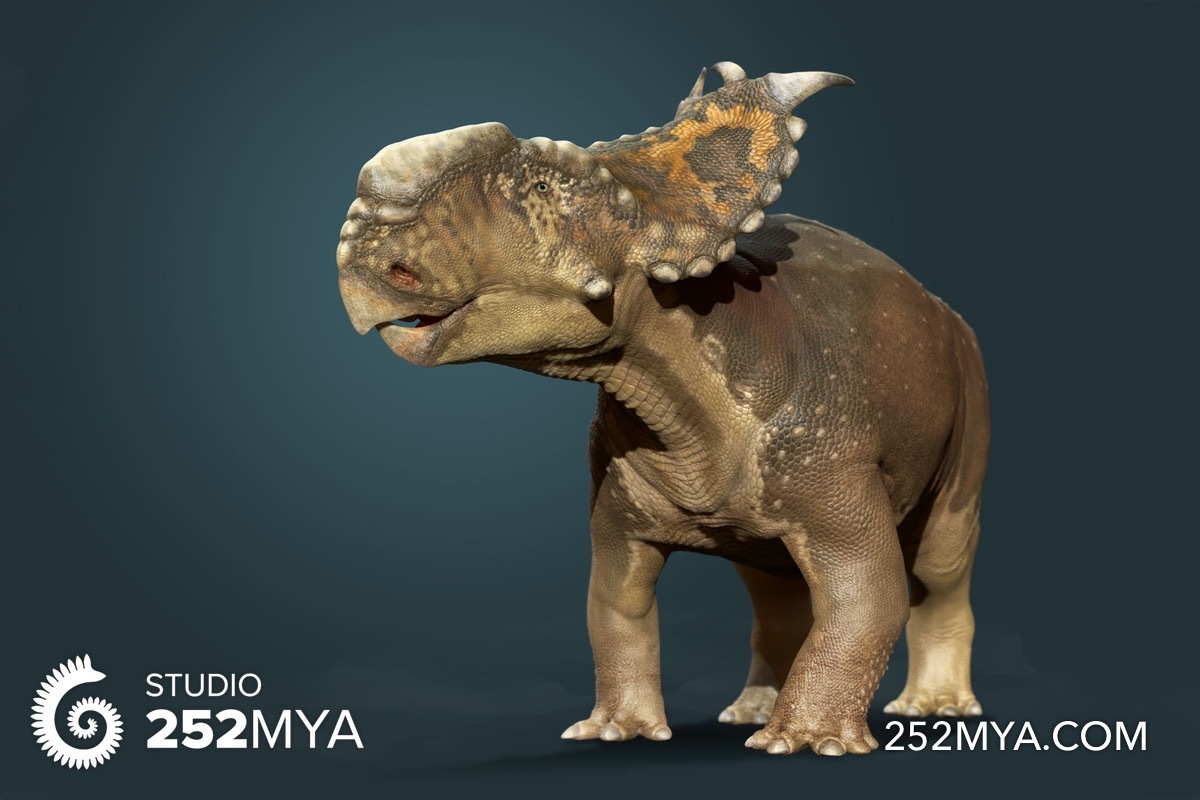 Pachyrhinosaurus canadensis
Unlike its better-known cousin Triceratops, Pachyrhinosaurus had no horns on its face. The lumpy mass of bone, called a nasal boss, was likely used for combat with its own species.
Fabrizio De Rossi 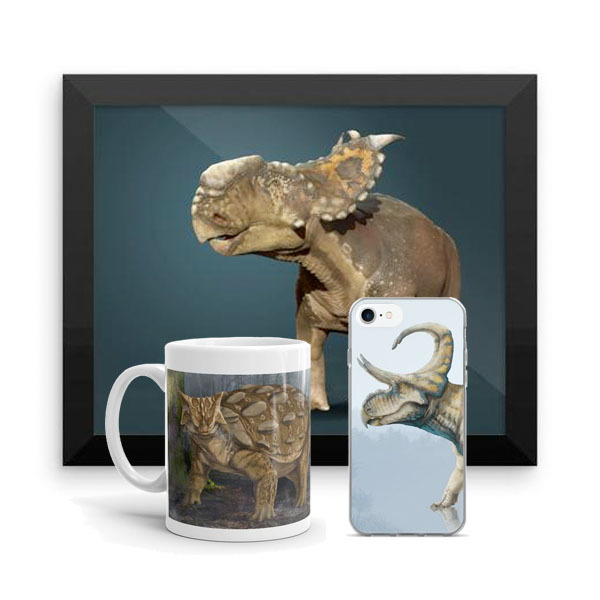 The nasal boss in Pachyrhinosaurus was probably used in head-pushing or other combat against members of the same species. Puncture wounds on the face and frills of other ceratopsids show that they used their horns in combat against other members of the same species, locking their horns together and pushing and twisting against their opponent. The flattened bosses in Pachyrhinosaurus may show a behavioral shift from locking horns to pushing or ramming in its lineage. In living horned mammals like deer and sheep, this behavior is associated with establishing social and sexual dominance.

For more than 40 years, the evolutionary origins of Pachyrhinosaurus remained mysterious. Comparisons to other ceratopsids showed that it was a centrosaurine — a group of horned dinosaurs usually characterized by long nose horns, distinctive nostrils, and short frills — but very little more. That all changed in the early 1990s when two new species of ceratopsids were discovered in Montana, showing the evolutionary transition from rather ordinary looking centrosaurines to Pachyrhinosaurus.

The earlier species, Einiosaurus procurvicornus still retained a nose horn, but unlike other ceratopsids the horn had an elliptical cross-section rather than circular one. Adult specimens of Einiosaurus showed the nose horn turning sharply down and forward, like a bottle opener. The second species, Achelousaurus horneri is known from more recent rocks and shows an anatomically transitional nose horn. The short horn pointed forward, and its upper surface was thick and roughened, essentially a proto-nasal boss. In addition to the changes seen in the nose horn, Einiosaurus and Achelousaurus show how the spikes on the bone frill have changed over time. In Einiosaurus two straight spikes emerged from near the midline, in Achelousaurus they curve slightly outward while staying centrally located, and in Pachyrhinosaurus they are widely separated and point to the side.

More recently, two new species of Pachyrhinosaurus have been named from remains discovered in Alberta and Alaska. The second Alberta species, P. lakustai, is characterized by a horn emerging from the center of the frill behind the eyes. It is known from numerous individuals killed in a flood. The animals are in four different size groups from juvenile to adult suggesting that they were gregarious in life. The second new species, P. perotorum, known from Alaska, is characterized by an enlarged nasal boss, and thickened frill spikes.

Horn-face dinosaurs lived and evolved almost exclusively in North America. Most species are known to have had specific home ranges, rather than living all over the continent. Pachyrhinosaurus was no exception, with its lineage originating in Montana, and gradually moving north into Alberta and Alaska. Fossils of many species of horned dinosaurs show that they lived in large groups and may have migrated seasonally within their homelands.

The 21st century has been something of a golden age of ceratopsid discovery and research so far. Additional discoveries of specimens of Pachyrhinosaurus and members of its lineage will surely shed new light on their evolution and anatomy.