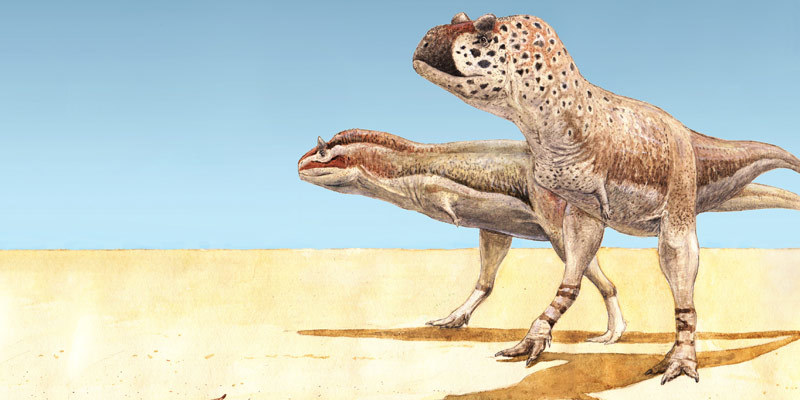 Brazilian dinosaur was king of the abelisaurs

All Posts
Huge predatory dinosaurs were everywhere during the Late Cretaceous. And now, it is Brazil’s turn to reveal its monster. Called Pycnonemosaurus, this forgotten predator was the largest of the abelisaurs, a family of decidedly strange and poorly known predators.

Pycnonemosaurus nevesi is not the best-known predatory dinosaur to the general public. Rather, it has spent a great deal of time in the shadows as one of the least well-known members of its family. Described from Brazilian rocks in 2002 by Alexander Kellner, Diogenes Campos and colleagues, the animal is known from just a few teeth, tail vertebrae and some hind leg bones.

The animal hails from the highly explored Adamantina Formation of the Bauru Group, one of Brazil’s best Late Cretaceous rock formations. It is also the only formally named abelisaur from its homeland, with another one – from the equally famous Marilia Formation – being too fragmentary for classification. Recent discoveries also reveal Pycnonemosaurus to be the biggest of its kind and is thus also among the largest predatory dinosaurs from its country.

Scientists Orlando Nelson Grillo and Rafael Delcourt, publishing their research in the journal Cretaceous Research, measured a number of abelisaur genera. The writers used allometric scaling of the forelimbs, skulls and vertebrae, comparing numerous other abelisaur specimens with one another. Their results were surprising. The new research paper revealed that Pycnonemosaurus was nearly 9 meters (30 feet) in length. While it was no Tyrannosaurus in terms of proportions, this is still a large size for any meat-eating dinosaur. 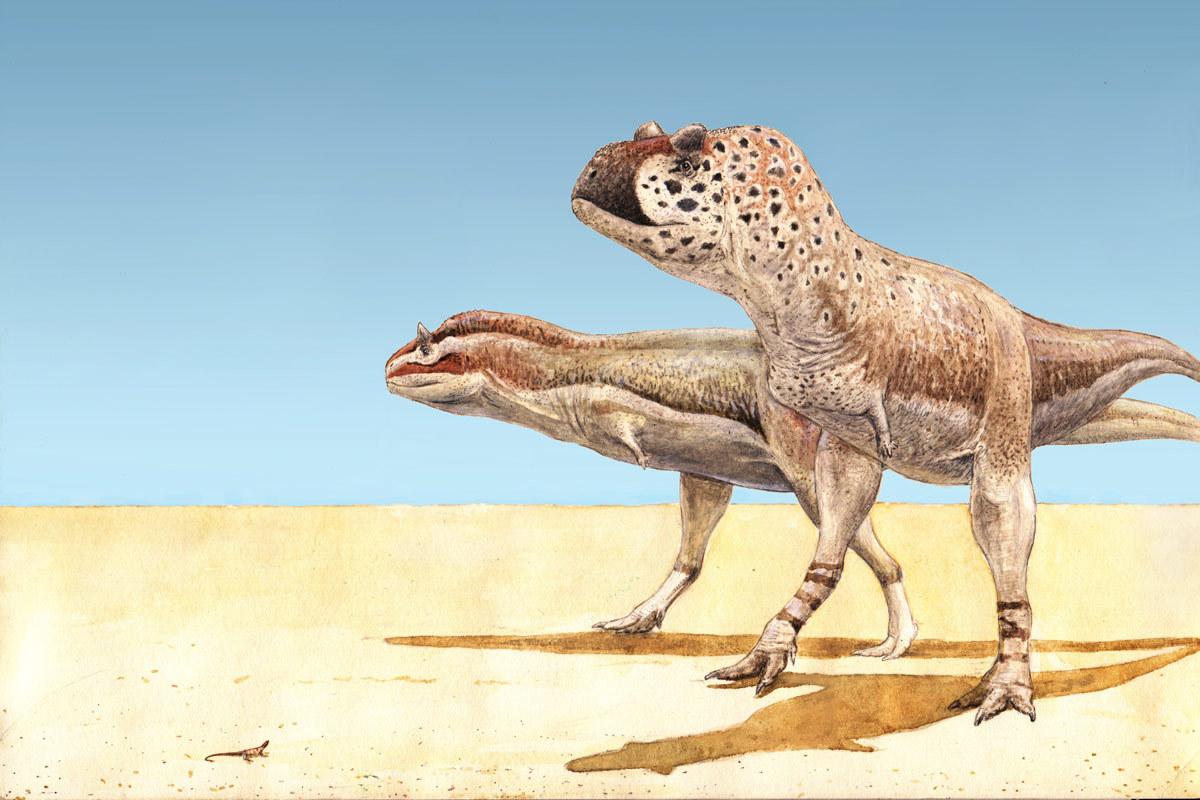 Now, Pycnonemosaurus occupies a place in the top ranks, as one of Brazil’s biggest-ever land carnivores. Another fragmentary carnivore from its homeland, the spinosaurid Oxalaia, might be somewhat longer. The previous record holder for abelisaur size was the Argentinian Ekrixinatosaurus, an animal that was once estimated at an enormous 11 meters (36 feet) long. The new paper cut it down to 7 meters (23 feet), leaving just Pycnonemosaurus on top as the biggest formally described abelisaur.

Even some other well-known abelisaurs were re-scaled according to the new data. These included some very large members like Carnotaurus and Abelisaurus (7-8 meters or 23-26 feet) and the smallest like Velocisaurus (1.5 meters or 5 feet). The size estimates for Abelisaurus are 2 meters (6.6 feet) shorter than previous estimates by Greg Paul, done in 1999.

In general the abelisaurs were first described from South American rocks in the 1980s. They are a group of theropods characterized by arms smaller even than those of T. rex, very short skulls, small teeth and armored skin. Some of the best-known members of this family include the famously horned and speedy Carnotaurus from Argentina and the short-legged Majungasaurus from Madagascar.

These two are also some of the most completely known and best-studied members of their family, with the former animal being known even for its skin impressions. The fossilized skin of the animal shows no signs of feathers, instead having several tiny scales and small bits of armor or osteoderms embedded within. The abelisaurs were mostly spread around the region of Gondwana, with a range spanning South America, Madagascar, India and Africa. Only a few lived outside this range, with the northernmost of their family living in the Netherlands.

Pycnonemosaurus and its kin were efficient hunters of the large titanosaur sauropods of the time. Titanosaurs often had a series of armored osteoderms on their backs and necks and incredibly wide torsos, making them very strongly built animals. The Bauru Group reveals countless genera of medium-sized titanosaurs ranging from the 7-meter (23 feet) Gondwanatitan to the 26-meter (85 feet) Austroposeidon. Much of the fossil fauna was made up of iguanas, turtles and numerous herbivorous and carnivorous terrestrial crocodilians and some fragmentary dromaeosaur or raptor dinosaurs. Among such small animals, Pycnonemosaurus ruled as the top predator of the Adamantina Formation.