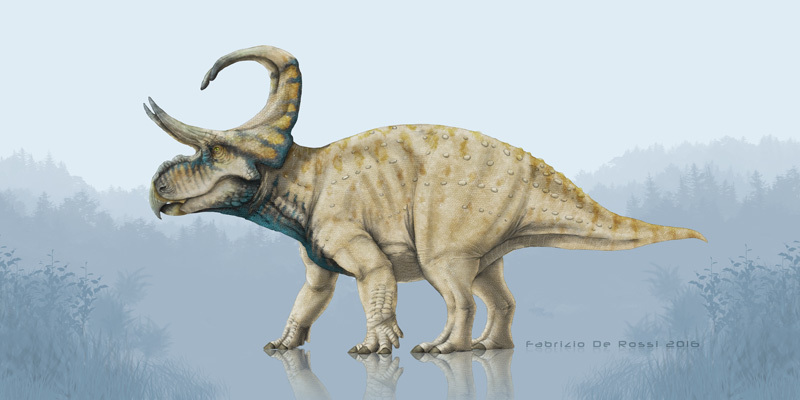 All Posts
The horned dinosaur group of ceratopsians is known for their elaborate head ornamentation. One new species from Utah is remarkable for its two peculiarly forward-curving spikes on the far end of its frills.

Machairoceratops cronusi is aptly named after the Greek word “machairis” meaning “bent sword” and the sickle or scythe-wielding Greek titan Cronus. Its unusually-shaped spikes, which measured about 1.2m (4ft) long, are suspected to be a part of a flashy mating display, but the exact function is still uncertain.

In life, Machairoceratops likely reached 6-8m (20-26ft) and weighed 1-2 tons, only half the weight of Triceratops, the largest ceratopsian known to date. This estimate is based on comparisons with its close relatives, because only parts of its skull have been found.

The dinosaur lived around 81-77 million years ago when North America was split by a large inland sea into two landmasses: Appalachia in the east and Laramidia, which stretches across the modern day’s west coast from Alaska to Mexico. While several fossils of ceratopsians have been excavated and identified from the Canadian part of Laramidia, the southern half of the continent which covers Utah to Mexico is left largely unexplored. 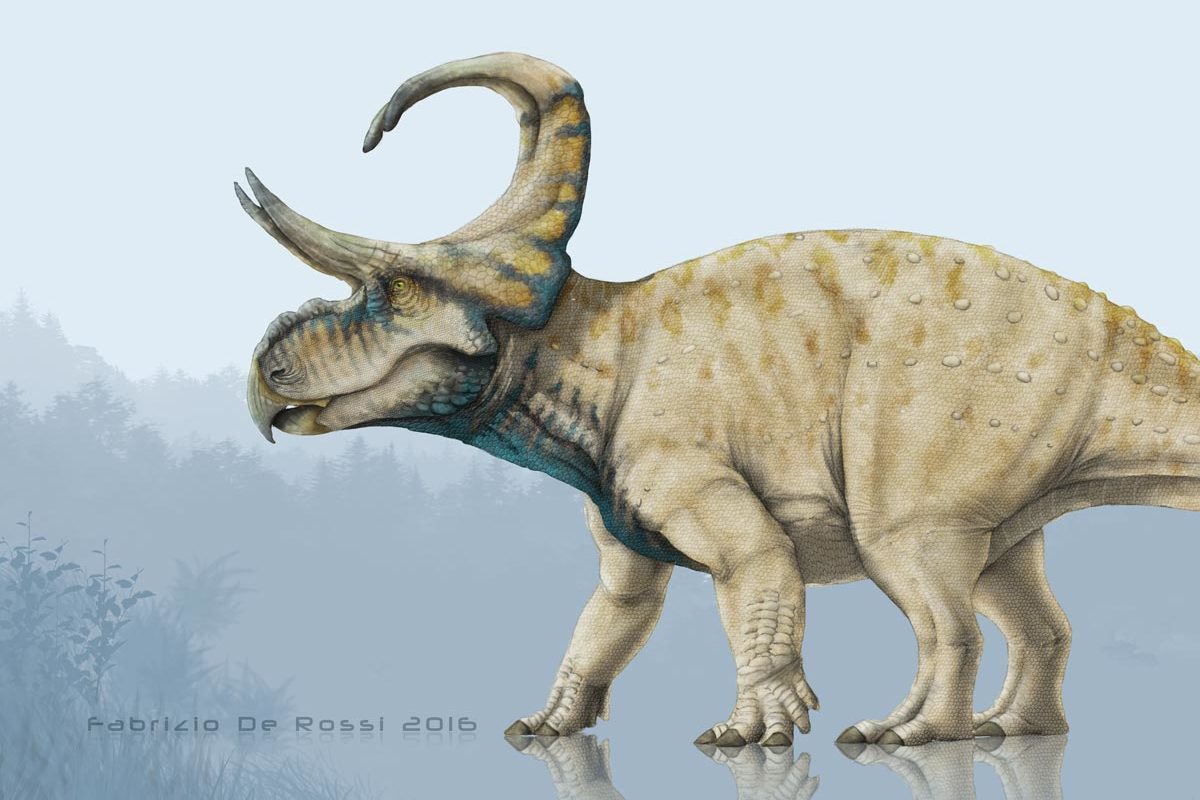 This newly described species joins Diabloceratops, its only other known relative from southern Laramidia to narrate the history of the horned dinosaurs which diverged during the Late Cretaceous. It is suspected that the ceratopsians split into two geographically separated groups within the continent, producing an array of frill ornamentations that give the group its iconic look.

Such discovery highlights the richness of North American fossil beds. Although paleontological work in the region has been conducted for more than 150 years, there are still new species to unearth, said co-author Patrick O’Connor.