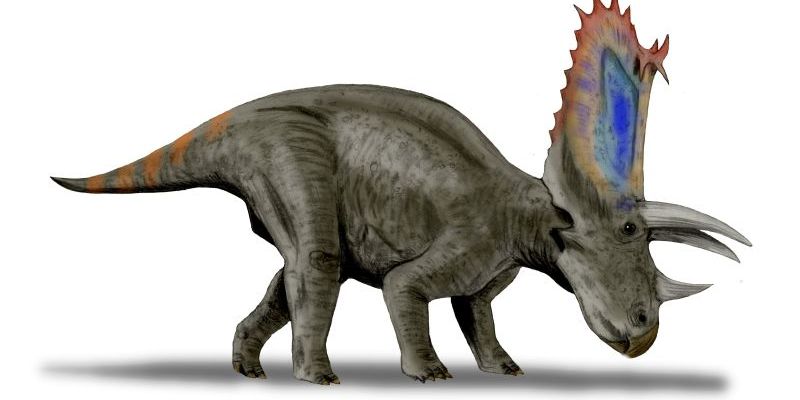 about 6 years ago by Pete Buchholz

All Posts
Examination of museum collections has revealed Alberta was home to two horned dinosaurs previously found only in the southwestern United States.

Not all new dinosaur species are discovered in the field. Many are discovered by examination of museum collections. In 2014, paleontologist Nick Longrich identified two previously unknown horned dinosaurs from Alberta, Canada based on fossils collected in the 1920s and ‘30s.

Although the specimens are incomplete, they show important details which allowed Longrich to determine that they were unlike other dinosaurs known from Alberta. The Kosmoceratops specimen was discovered in 1928 near the Red Deer River in what is now Dinosaur Provincial Park in southern Alberta. The Pentaceratops specimens were discovered in 1937 at the Manyberries locality in southeastern Alberta. All the specimens are found in rocks dating to about 75 million years ago, and are currently housed in the Canadian Museum of Nature in Ottawa.

Recent research has suggested that horned dinosaurs in North America had a highly provincial distribution, with distinct populations in the north and south. Longrich argued that the presence of Pentaceratops and Kosmoceratops in Alberta is evidence against that idea. However, not everyone agrees with Longrich's conclusions. In the 2016 description of the Montana horned dinosaur Spiclypeus, paleontologists Jordan Mallon and colleagues suggest that the Pentaceratops specimens from Alberta may actually belong to Spiclypeus or a close relative.