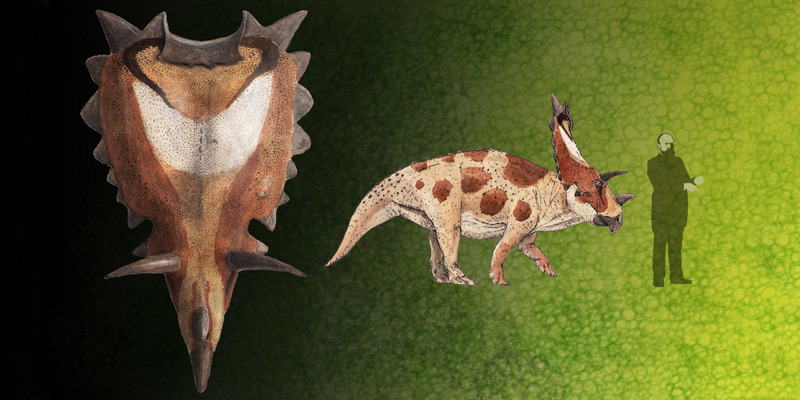 All Posts
Sometimes the least expected people make the most interesting fossil discoveries. One such surprise was the beautifully preserved skeleton of a new frilled dinosaur from the Late Cretaceous of Montana. Named Spiclypeus, it was the find of a lifetime for a former nuclear physicist.

Spiclypeus shipporum is a new dinosaur from the same group as the famous Triceratops found more than 10 years ago in the U.S. state of Montana but only just recently described. Retired nuclear physicist Dr. Bill Shipp, who had just bought a ranch in the state in 2000, made the discovery. Shipp had never been fossil-hunting before, so finding an entirely new species was quite unexpected for him.

The first fossils discovered were the femur, or thigh bone, found while on a walk through his Montana property. The fossils were then excavated between 2005 and 2007 by a team of amateur paleontologists, led by Joe Small. The team uncovered not just Shipp’s thigh bone but also parts of the legs, hips, backbone and especially parts of the skull. About 50 percent of the skull was uncovered. These parts consisted of a lower jaw, beak and sections of the dinosaur’s bony neck frill. It was nicknamed “Judith”, after the Judith River Formation, the rock formation in Montana where the fossils were found.

The animal was named and described this year by a team comprising Jordan C. Mallon, David C. Evans and colleagues from the Canadian Museum of Nature. The Canadian team fully reconstructed the skull, and published the find in the journal PLOS ONE. 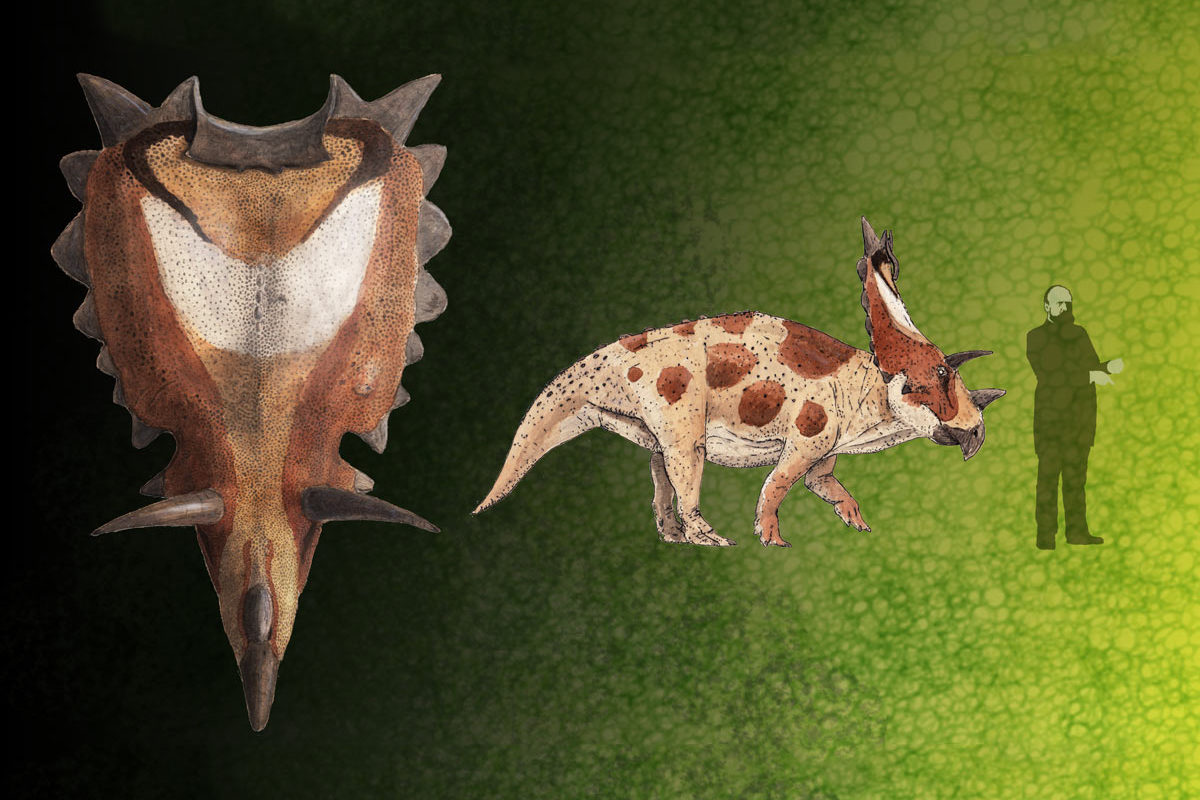 The species name, of course, honors the Shipp family – Dr. Bill and his wife Linda – who were the first owners of the fossil. The genus name Spiclypeus comes from the unique bony ornamentation of its spiky neck frill. Some of the spikes on its frill curl inwards while the other spikes stick outwards and to the sides. In life animal had three short horns on its face, similar to the more famous Triceratops. Yet unlike its relative, Spiclypeus’ upper horns pointed to the sides rather than pointing forwards, thus making for a unique display structure.

Spiclypeus and Triceratops are also very closely related in the horned dinosaur family tree. The new creature belongs to a subfamily of horned dinosaurs called the Chasmosaurines, the type which includes the famous Triceratops and huge-headed Pentaceratops. It was, however, many times smaller than the gigantic Triceratops, growing just around 4.5 meters long. Still, this is sizeable in comparison to most modern herbivores.

These ceratopsians generally had long frills and were once thought to be the only ones with horns over the eyes. These days, much more specific anatomical differences are being used to differentiate between the “short-frilled” centrosaurines (Styracosaurus, Pachyrhinosaurus) and the “long-frilled” chasmosaurines.

Spiclypeus had three very short horns on its face. The frill and horns were all display features and probably also functioned as badges to differentiate between individual genera of horned dinosaurs. The Judith River Formation was filled with other horned dinosaurs, a few of which were described very recently too. It dates back to the Campanian Stage of the Late Cretaceous, around 76.24 to 75.1 million years ago.