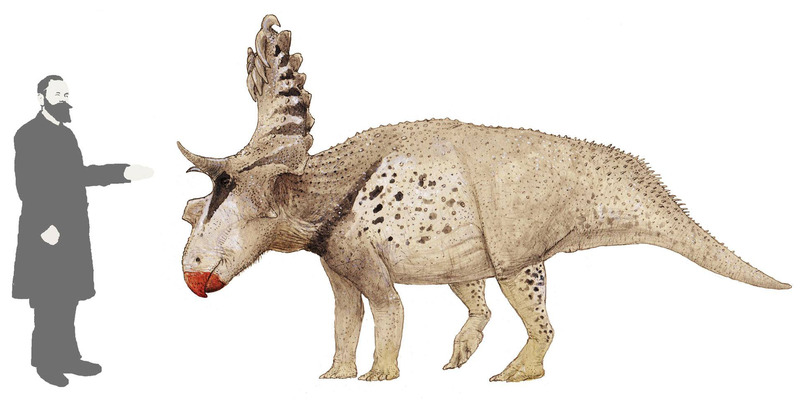 All Posts
Just when you thought Triceratops was cool, along comes another dinosaur with a crazy frill.

During the Cretaceous Period, some 80 million years ago, North America was split into two landmasses by a large body of water called the Western Interior Seaway. To the east of the seaway was Appalachia and to the west lay Laramidia.

Laramidia was a hotbed for dinosaur evolution, not the least of which was among the ceratopsians. This group of horned and frilled dinosaurs included the famous Triceratops as well as more fantastic forms like Kosmoceratops.

Kosmoceratops has the most ornate skull of any dinosaur with fifteen horn or horn-like structures, the highest number of any ceratopsian. Eight of those horn-like projections line the rear of the skull and turn downward onto the skull's surface, which is the most unique and perhaps weirdest characteristic of Kosmoceratops. 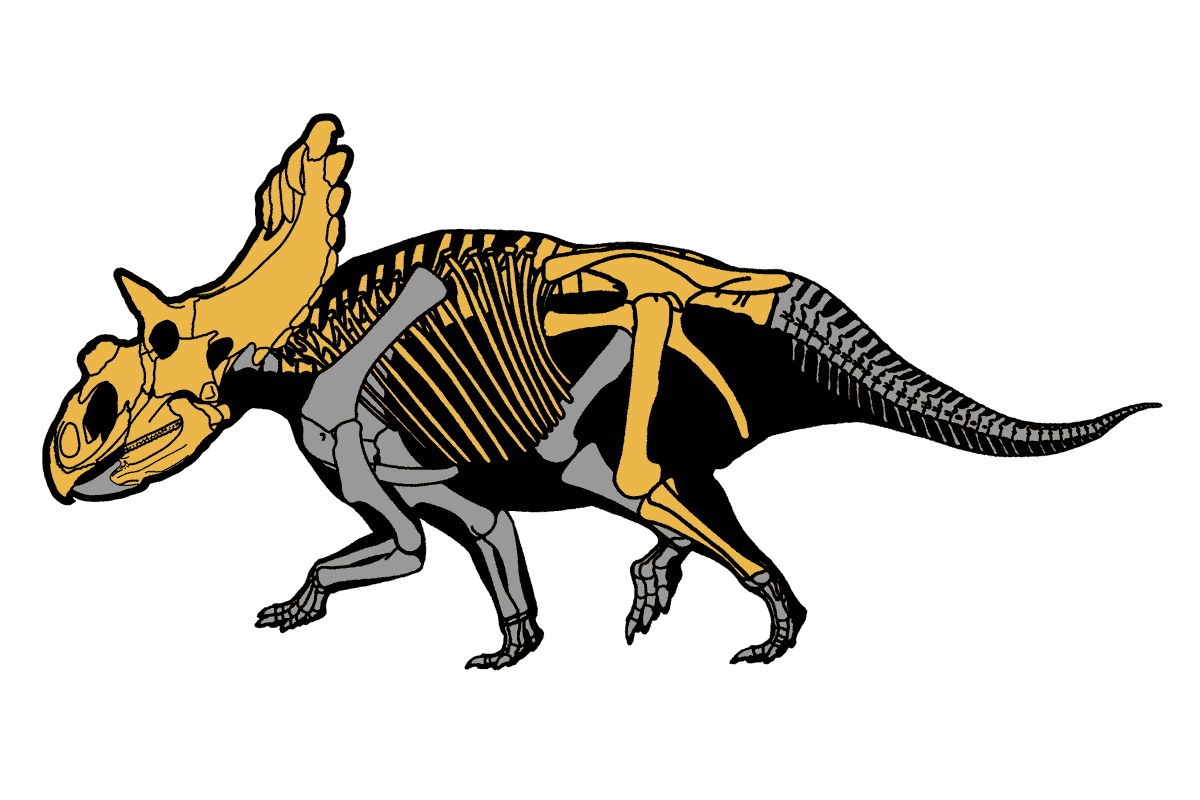 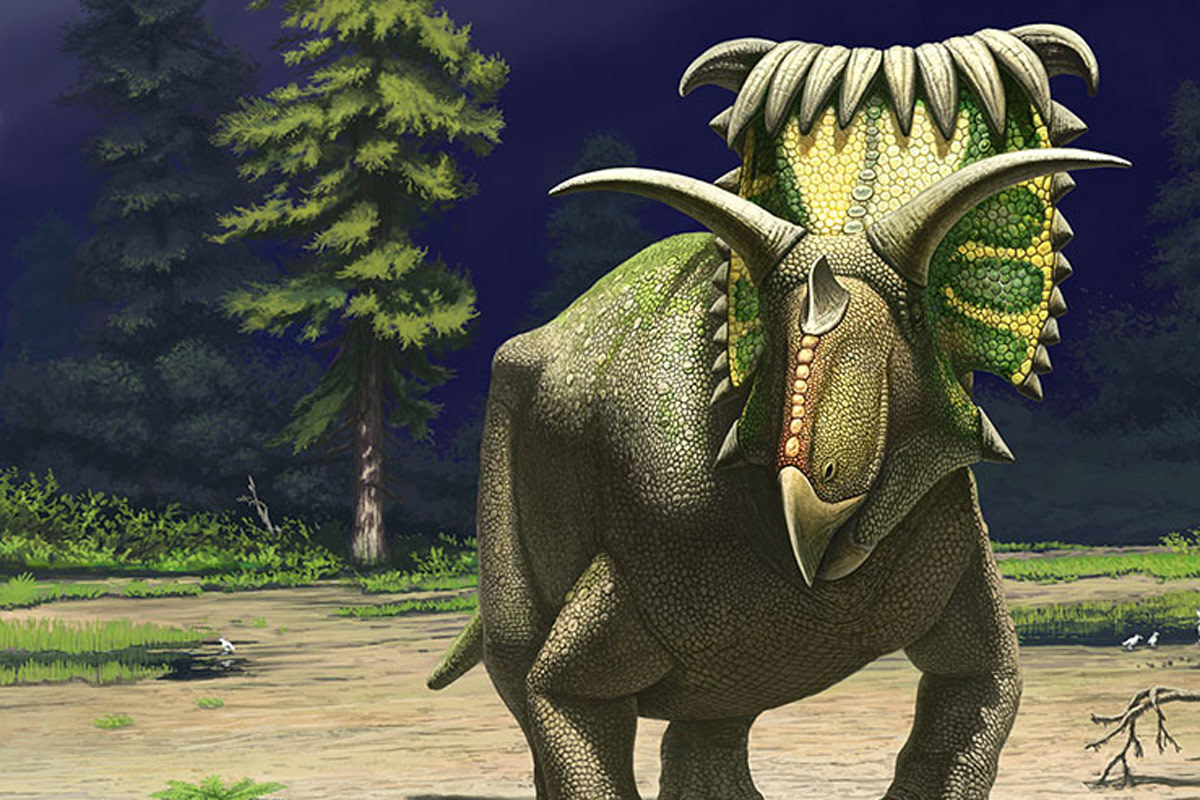 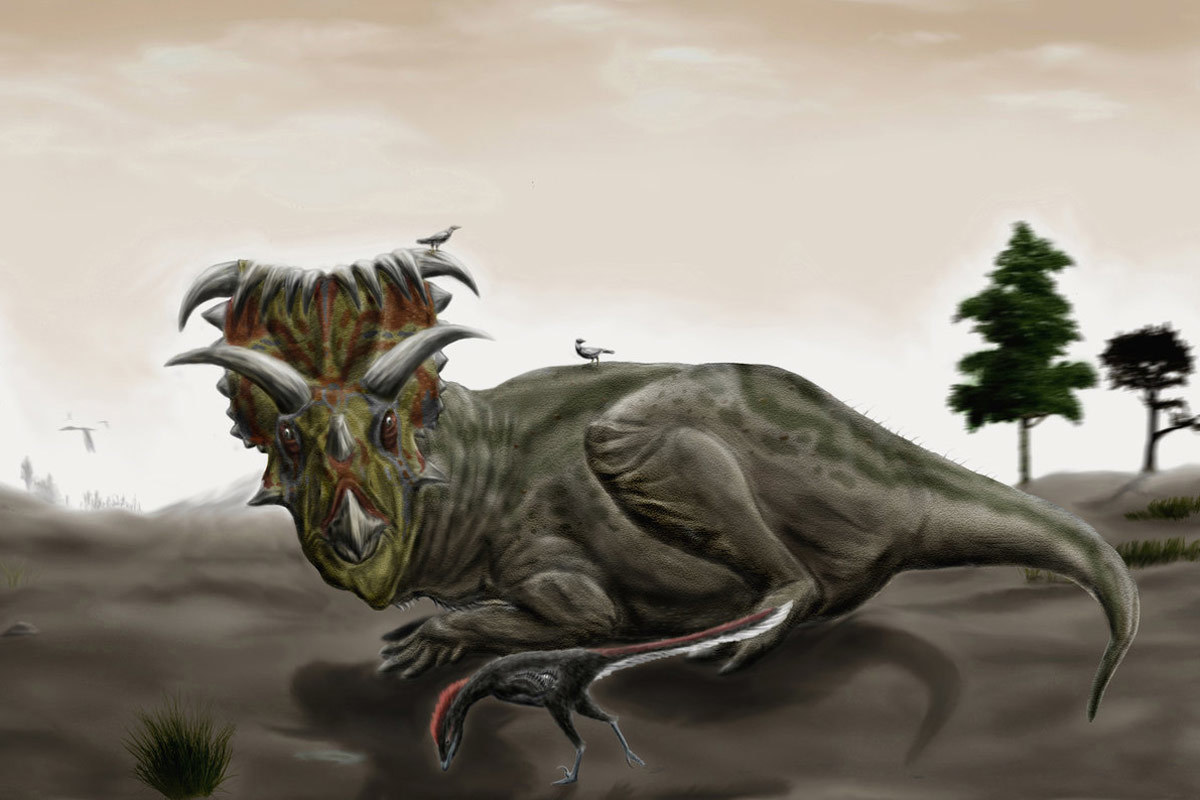 A Kosmoceratops disturbed from its rest by a wandering Talos
Wikimedia Commons, durbed from deviantart

Laramidia was divided into two regions that isolated dinosaur population to the north and to the south. That barrier disappeared, Kosmoceratops migrated northward and this ceratopsian's lineage likely gave rise to new species such as the famed Triceratops.
Image Credit: Joschua Knüppe