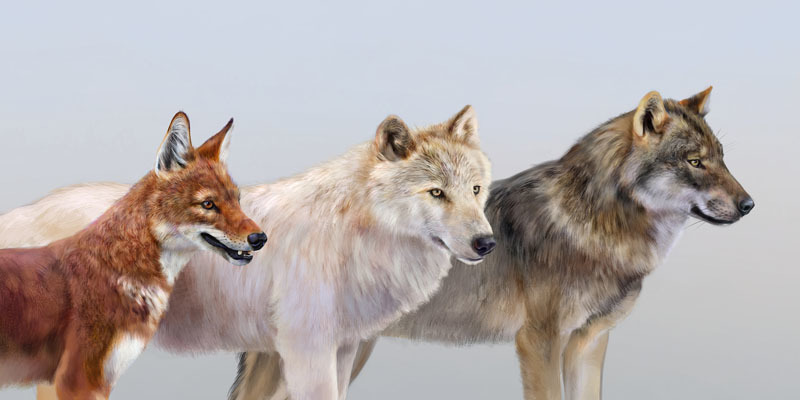 For gray wolves and hunter-gatherers, family is all that matters

about 4 years ago by Kira Cassidy

All Posts
In Yellowstone National Park, gray wolves have been recorded risking injury and death to help pack mates escape during aggressive attacks by neighboring packs. Why would any wild animal take such a risk? This ability to relate to another’s pain and distress, to feel empathy, is rarely attributed to any creature except for modern humans. While we cannot know the details of the lives of past Homo sapiens such as hunter-gatherers, we can look to gray wolves and think about just how much we had – hopefully still have – in common.

It has been 10,000 years since humans commonly lived in hunter-gatherer societies, families of about 30 members, surviving by cooperating and protecting one another. Encountering a strange tribe was a tense affair and could even be deadly. Gray wolves still live this way: they cooperate in pursuit of food, they are social with their immediate family, but will aggressively defend themselves and their resources from strangers.

The dirt path is cool on my feet. Even though the sun is out, it is dark in the forest as we move quickly but silently; heading towards home and the little ones waiting for us. I hear a bird call off towards the thick trees, an alarm. At the same time my mother, leading the way, stops and looks intently the same direction. The scent hits me, father, and my sister only a second before we see them. Two, then three, at least five strangers burst through the trees. I don’t recognize their faces. Father tenses and rushes forward. I am immediately next to him but when we see two more strangers join the group father turns and I follow. Mother is ahead of us, sprinting, but sister turned the wrong way and is now surrounded by the strangers. I look over my shoulder and see they are nearly on top of her. She is fighting. I stop and then run a few steps back toward her as she is slammed to the ground. The strangers look up from their attack, look directly at me.

In this passage did you picture a hunter-gatherer family, traveling through the forest before encountering a neighboring tribe? Bare feet, nimble hands with strong thumbs, grasping a spear or a bow. Or did you picture an animal? Perhaps a wolf pack on route to their den, where pups safely awaited the adults’ return? Paws, fur, pricked ears, a shiny black nose. For both types of groups—a pack of wolves or a hunter-gatherer family, it is extremely dangerous to meet a neighboring group while outnumbered and unprepared. Two out of every three wolves that die in Yellowstone National Park are killed during these encounters. 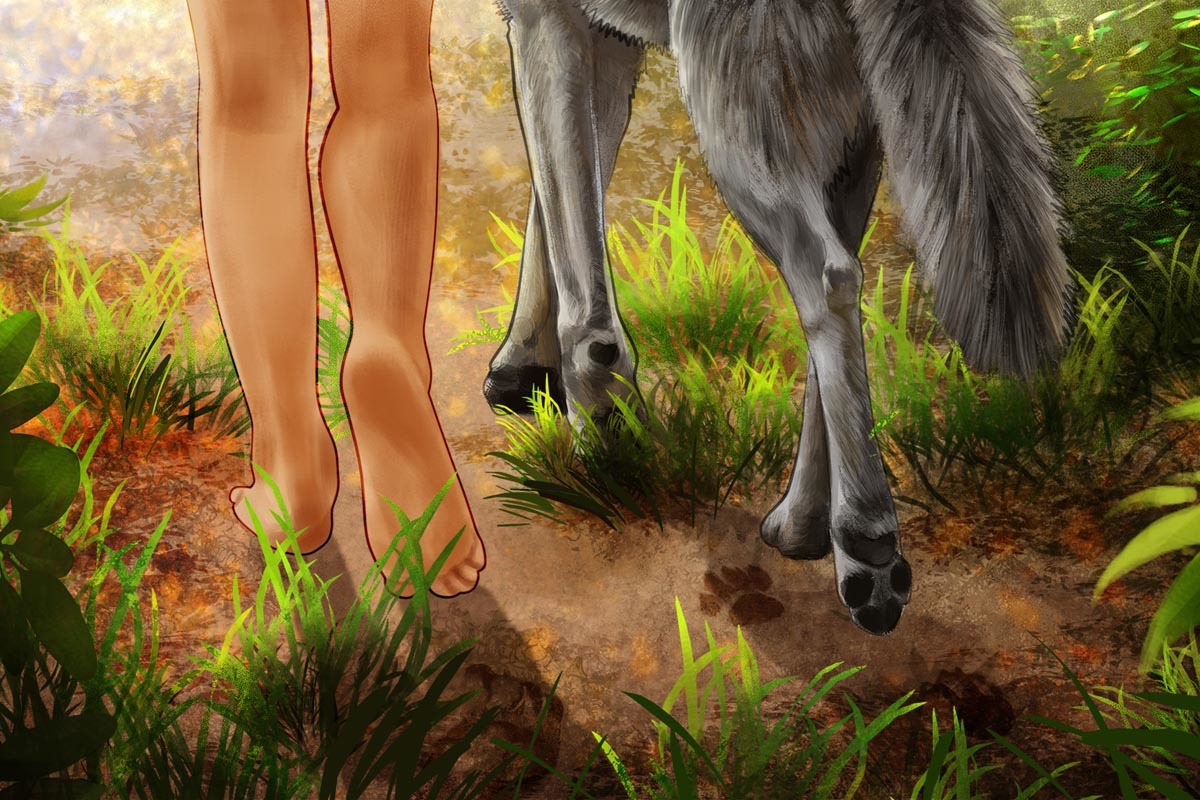 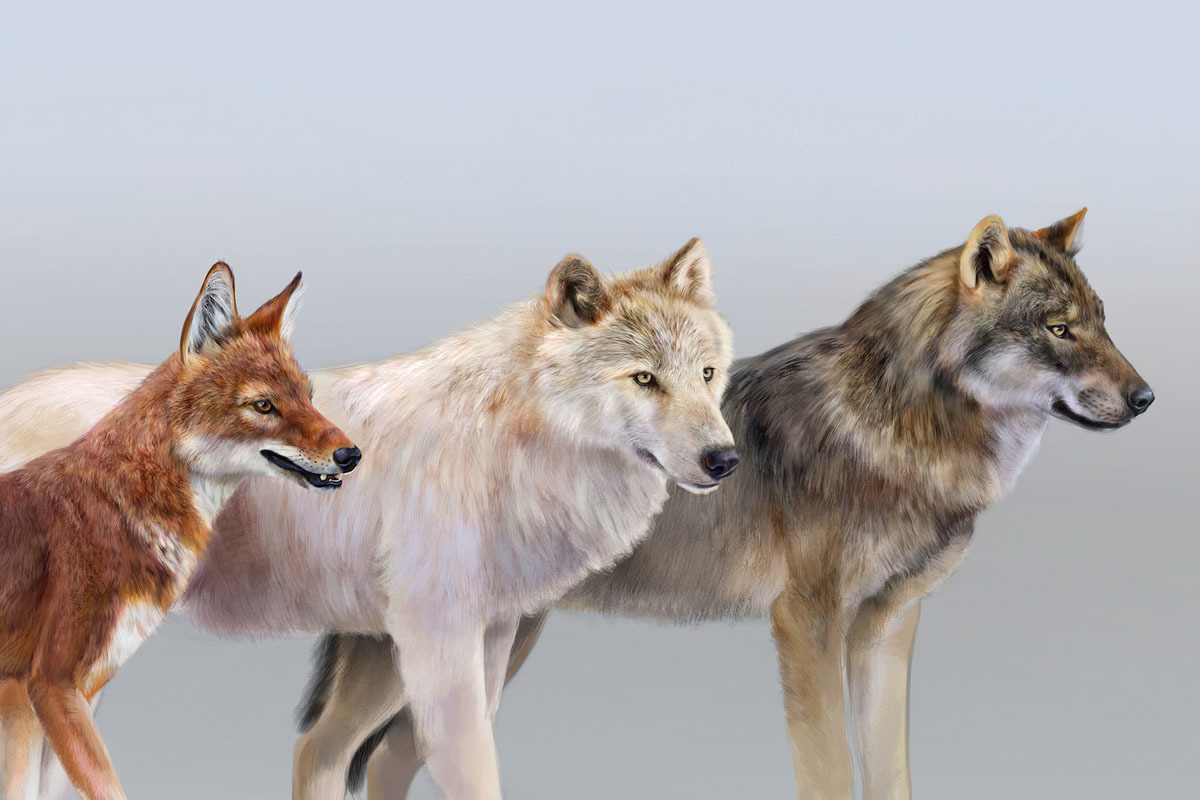 Despite this intense aggression towards rivals, wolves are extremely attentive and fiercely protective over their family members. Observations in Yellowstone recorded a wolf aiding a pack mate in one out of every six physical attacks by an opposing pack. In most cases, the interference succeeded in distracting the attackers long enough for the victim to escape. But why would a wolf put itself in danger for one second longer than necessary? Why not turn and run, saving itself and its potential future offspring – its own genetic line?

For wolves, family is everything. They need each other to successfully hunt large hoofed animals and to raise a litter of dependent pups. Helping a pack mate might be explained by kin selection. Packs are generally made up of close kin, and saving a sibling’s life is effectively the same as having one offspring.  Helping a pack mate might also be beneficial because that wolf might reciprocate or be the deciding factor in a fight with another pack in the future. Regardless of the ultimate benefits, there is clearly some trigger during these intense fights that spurs some wolves to choose danger rather than allowing their pack mate to be killed. As far as biological science has advanced in the last 50 years, we cannot know for certain the feelings and motivations, fears and umwelten of any wild animal. It can be difficult to study these topics even in our fellow, modern humans.

But maybe we shouldn’t be that shocked. Hunter-gatherer tribes lived in similarly-structured family groups like wolves still do. Both of them have been highly adapted to coordination in order to successfully hunt, raise young, and defend themselves from neighboring groups. As these recent studies in Yellowstone reveal, acts of selflessness are not a human anomaly. Maybe we should start viewing them as the bridge that connects us to other animals. Animals like the gray wolf who see family as the most important part of life.