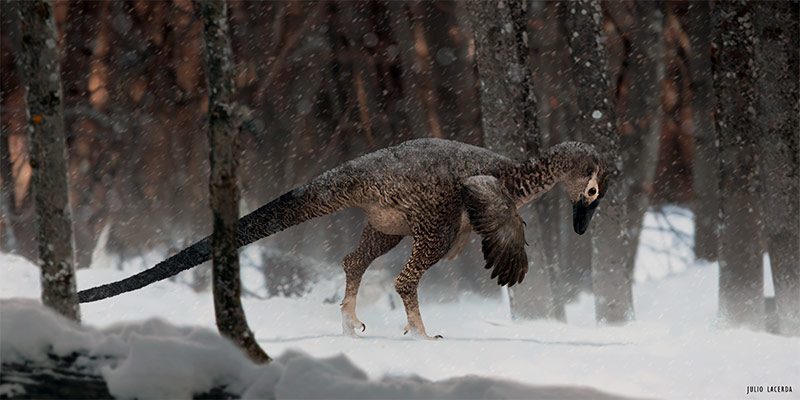 The giant troodontid dinosaurs of Alaska

All Posts
North America's Late Cretaceous dinosaur fauna is familiar and well studied. The dinosaurs unearthed from the North Slope of Alaska are at once familiar, but also unique, and preserve evidence of troodontids twice the size of their contemporaries from Montana and Alberta.

Western North America is a dinosaur paleontologist's wonderland, home to some of the most famous and well-studied dinosaurs spanning nearly all of the Mesozoic Era. The Late Cretaceous dinosaurs of Montana and Alberta include familiar duckbills, horned dinosaurs, tyrannosaurs, and smaller theropods like dromaeosaurs and troodontids.

The Prince Creek Formation of Alaska's North Slope was laid down approximately 70 million years ago, corresponding to the uppermost beds of the Judith River and Two Medicine Formations of Montana and Alberta. The Formation is made up of sand and siltstones laid down by rivers that ran from the incipient Brooks range across a coastal plain north to the Arctic Ocean. Although the Mesozoic was warmer than today, northern Alaska did experience fairly cold winters and seasonal snowfall, with an average winter temperature of 2 C (36 F). This is similar to Prince Rupert, BC, Canada, or Copenhagen, Denmark today. Additionally, then as now, northern Alaska experienced periods of winter darkness with the associated cold temperatures.

The dinosaur fauna of the Prince Creek Formation is made up of members of familiar North American dinosaurs including horned ceratopsids like Pachyrhinosaurus, duckbilled hadrosaurs like Ugrunaaluk, a small tyrannosaur known as Nanuqsaurus, and teeth from several relatively small sickle-clawed theropods. Sickle-clawed theropods, known as deinonychosaurs (terrible claw lizards), include the relatively stout dromaeosaurids like Dromaeosaurus, Deinonychus, and Velociraptor, and relatively slender troodontids like Troodon and Saurornithoides. Additionally, based on numbers of teeth recovered, it seems like Troodon was the most common theropod in the Prince Creek Formation, making up nearly 2/3 of all specimens. This is in stark contrast to what's seen in Montana, where Troodon makes up only about 6% of the theropod specimens. 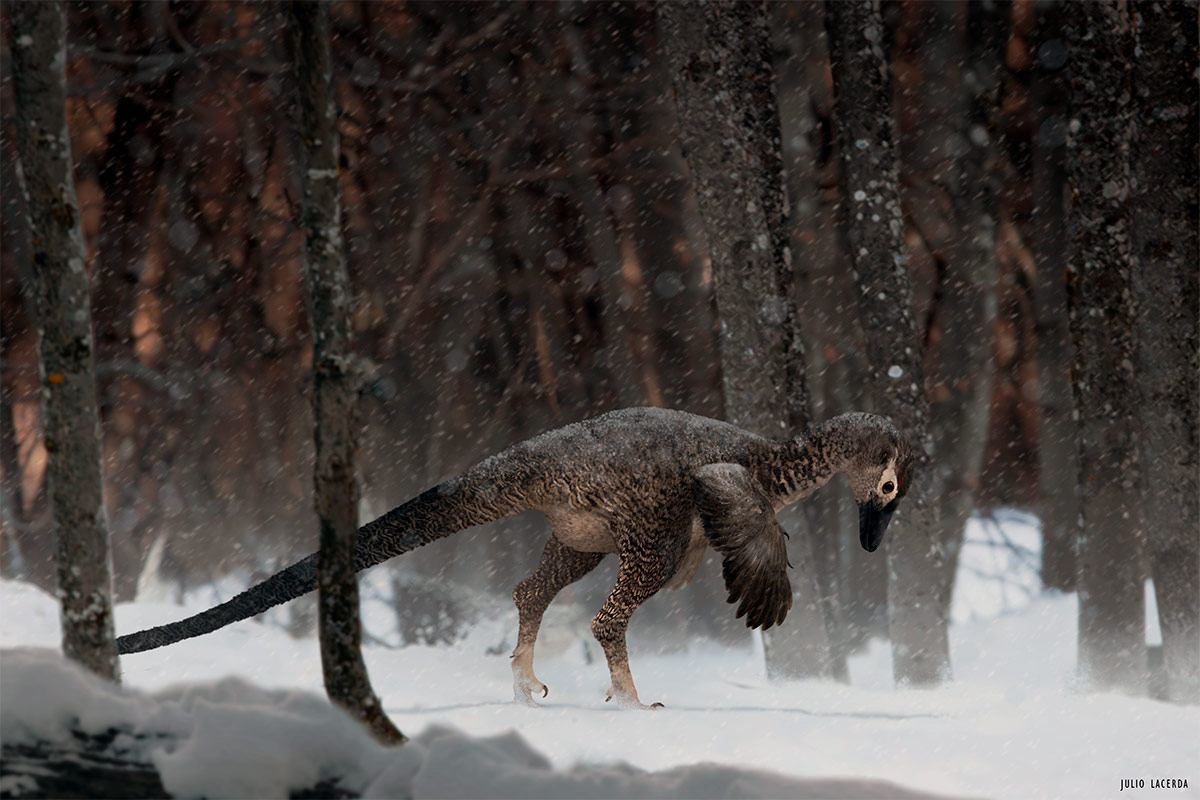 Although the sickle-clawed theropods are known solely from teeth, the teeth are distinctive enough that three groups can be identified. They include the small dromaeosaurid Saurornitholestes, its larger relative Dromaeosaurus, and the troodontid Troodon. The Troodon teeth are especially distinctive; they are bulbous, slightly recurved, and bear large points (“denticles”) on both the front and rear edges. Although morphologically quite similar to Troodon teeth from Montana, specimens from the Prince Creek Formation are about twice as large as specimens from the Two Medicine Formation, indicating an animal almost four meters (13 feet) long and about two meters (6.5 feet) tall. Because these three sickle-clawed theropods are known from teeth alone in this location, it's not yet known if they're the same species that are found in Alberta and Montana, or a similar, closely-related species.

Deinonychosaurs are very closely related to birds, and numerous fossil skeletons show that their entire bodies were feathered except the ends of their snouts and feet. Among the deinonychosaurs, dromaeosaurids generally have more robust limb bones, larger sickle claws, and are thought to have been totally carnivorous. Troodontids were for the most part less robust, had smaller sickle claws, and are thought to have been omnivorous. The differentiation into robust and slender groups has been interpreted as being for prey selection, with dromaeosaurs focusing on larger prey, and troodontids focusing on much smaller animals. This is similar to the difference between living hawks and eagles, which are relatively robust, and the closely related secretary birds, which are relatively slender. Troodontids are known from rocks deposited from the Late Jurassic to the Late Cretaceous in all northern continents. Most troodontids had total body lengths of only one to two meters (3 to 6.5 feet), with only the Prince Creek specimens showing great size.

At this point, the Prince Creek Formation's theropod fauna is so far only known from tantalizing, yet fragmentary and incomplete remains. It is hoped that in the future more complete remains of the troodontids can be uncovered to better understand this Late Cretaceous Arctic dinosaur.