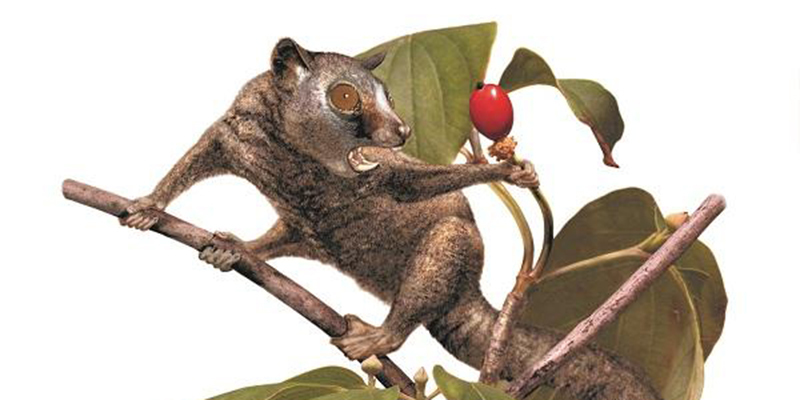 Early primates went extinct in North America - But why?

almost 5 years ago by Julio Lacerda

All Posts
Around 56 million years ago, several groups of primitive primates mysteriously disappeared from the North American forests. Rodents have been considered a major cause of their extinction due to competition for food, but a new study says that’s unlikely.

When we think of monkeys, North America is definitely not the place that comes to mind. These smart, furry troublemakers prefer to live in tropical jungles across the equator, and though a few species inhabit the continent today, they reach no further than Mexico.

But primates - the group monkeys, lemurs and tarsiers belong to - have a long and rich history dating back to just after the dinosaur extinction. In fact, they were some of the first mammals to thrive after the giants’ disappearance. And for millions of years, when the global climate was hotter, primitive members of the group could be found all over the US and even Canada.

These early mammals, called plesiadapiformes, were closely related to modern primates and possibly their direct ancestors. They may even have been the first animals to sport fingernails instead of claws. But even though they were very diverse, with 140 species known so far, plesiadapiformes were gone from North America by the end of the Paleocene Period, around 56 million years ago.

Although there was never a clear answer as to why that happened, the arrival of rodents in the continent was considered a possible cause for their demise. It was thought that both they and these early primates ate the same kinds of food and that rodents, with their fast reproductive rate and powerful incisors, became a powerful competition that plesiadapiforms were unable to deal with.

However, a team of paleontologists led by Kristen Prufrock from Johns Hopkins University School of Medicine seem to prove that rodents are innocent. They analyzed the fossilized jaws of 13 rodents and 181 early primates using a CT scan and compared their morphologies. If both groups did indeed eat the same things, their teeth should show similar adaptations.

But their results showed that only one species of plesiadapiform, called Chiromyoides, followed the rodents’ pattern. Most of the others were either too big to directly compete with rodents, or had teeth different enough that they were probably eating something else. In fact, many of the other early primates apparently didn’t even fit into the theory’s timeline: the analysis showed that they were older than the rodents. That is, they became extinct before rodents appeared on the continent.

Maybe Chiromyoides was indeed a victim of the rodent invasion. But apart from it, the disappearance of these early relatives of ours from North America remains as mysterious as ever. Without more clues about the environment and fauna of the time, we have no good explanation for why they went extinct. To find that out, scientists will have to keep looking - but at least we know the poor rodents are mostly in the clear.

Read the original research in American Journal of Physical Anthropology.


Related Stories
The biggest rodents in the world used their teeth as tusks
New Zealand’s 25 million year old “Dawn Whales”
Prehistoric version of a marmot shared Madagascar with dinosaurs
What would you get if you mixed a dog and a bear?
North American mammoths likely interbred with one another
//sulc.us/9v368
/articles/early-primates-went-extinct-in-north-america-but-why/