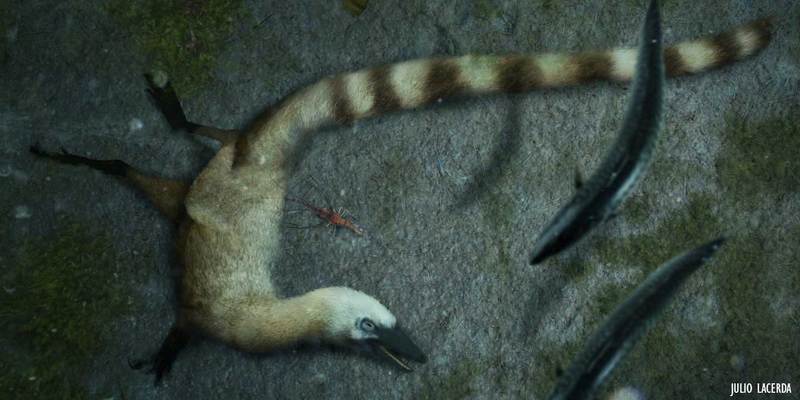 “Dinosaur death pose” may be explained by watching dead ostriches

All Posts
It is an image familiar to anyone involved in paleontology: a dinosaur fossil, discovered with neck arched backwards – nearly touching the body, and mouth wide open.

This iconic “dinosaur death pose” caused early researchers to assume that dinosaurs could bend their neck to such extremity while alive, or wailed in pain during their terminal moments. Nowadays, experts seem to think that post-mortem movements might have been the cause of this pose.

By observing the decomposition of four ostrich cadavers, T. Lingham-Soliar attempted to add to the conversation. His study used principles borrowed from the field of forensic medicine and crime scene investigations. While human’s lack of feathers and other external coatings made their external anatomy relatively simpler than other animals, the same principles are still applicable. The observational result from the birds, considered structurally similar to non-avian dinosaurs, were then compared to the dinosaur Sinosauropteryx.

In the study, four ostrich cadavers retrieved from farm owners were placed in a nature conservancy area to simulate the natural process of decay. The four cadavers were laid down on different substrates: topsoil, hard rocky ground, river sand on the bank of a stream, with the final one partially submerged in a pool. All four cadavers were photographed every morning over a period of five days to observe the changes, alongside other data records such as air temperature and humidity. 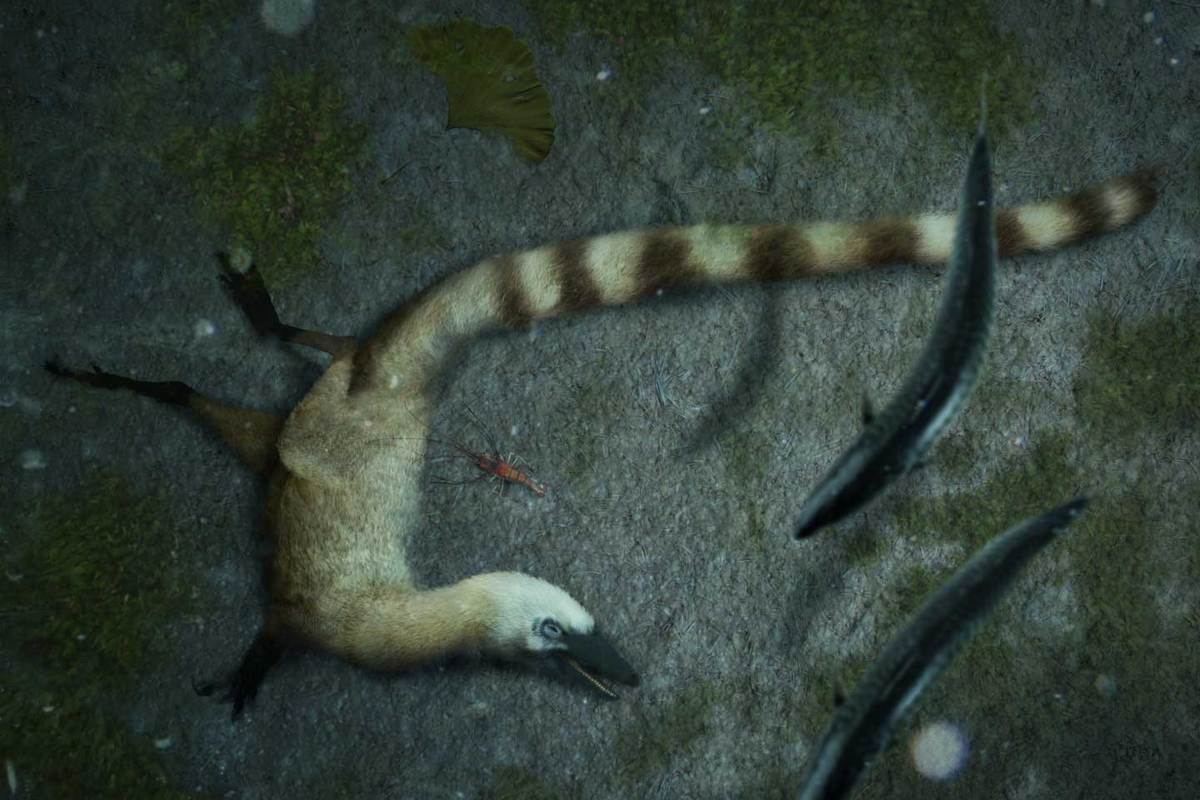 The first three cadavers were immediately settled by flies, whose maggots drove the decomposition process; while the submerged cadaver was nibbled on by crabs. On the third day, however, the first cadaver was taken by a scavenger – likely a mongoose – leaving only three others to observe. Interestingly, the maggots did not digest the feathers, but detached the filaments from the body, shuffling them around as they move.

After the neck muscles degraded between the third to the fifth day of the experiment, the necks of the all three cadavers visibly bent backwards in varying degrees. This phenomenon, commonly known as opisthotonus, occurred when the elastic ligaments on the bird’s neck contracted, causing it to bend closer to its back. Meanwhile, the head remained relatively still, glued to the ground by the degraded soft tissue. The third cadaver also showed muscle contractions on its right leg, shifting the limb closer to the body.

While this research doesn’t provide a definite answer regarding the classical “dinosaur death pose,” understanding the circumstances surrounding a mesozoic animal’s death – and what happens afterwards – could probably help palaeontologists to draw a more informed conclusions in future studies.


Related Stories
Trapped in time: The top 10 amber fossils
What are birds?
Not every extinct reptile is a dinosaur
Chitons can see you
Top thirteen fossil stories of 2016
//sulc.us/b0jyf
/articles/dinosaur-death-pose-may-be-explained-by-watching-dead-ostriches/