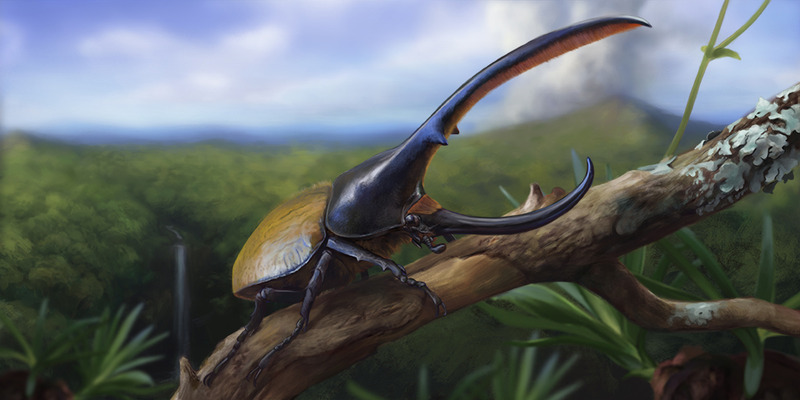 Cockroaches shall not inherit the Earth, beetles shall

All Posts
Insects are resilient creatures. After a global apocalypse there may just be a showdown between the cockroaches and the beetles. New research suggests beetles could hold the edge in a fight to survive.

From the strength of the Hercules beetle to the aquatic prowess of the diving beetle to the bioluminescence of the common firefly, beetles are the most diverse group of animals on the planet. Most studies have focused on how the group might have achieved this superlative through speciation, but a new study suggests that resistance to extinction is an important part of the puzzle.

In the first major study of beetle extinction patterns, the team of Dena Smith and Jonathan Marcot examined beetle occurrences across the fossil record. They created a new database of 5,553 fossil beetle species from 221 unique locations. All four major groups of beetles living today are found as fossils and 69 percent of all beetle families were preserved.

The first known beetle is found in rocks from the Permian Period, some 284 million years ago. According to Conrad Labandeira, the Curator of Fossil Arthropods at the Smithsonian’s National Museum of Natural History, the first beetles were closely connected to conifers and other woody plants and some had larvae that were wood-borers. They are called the Archostemata. 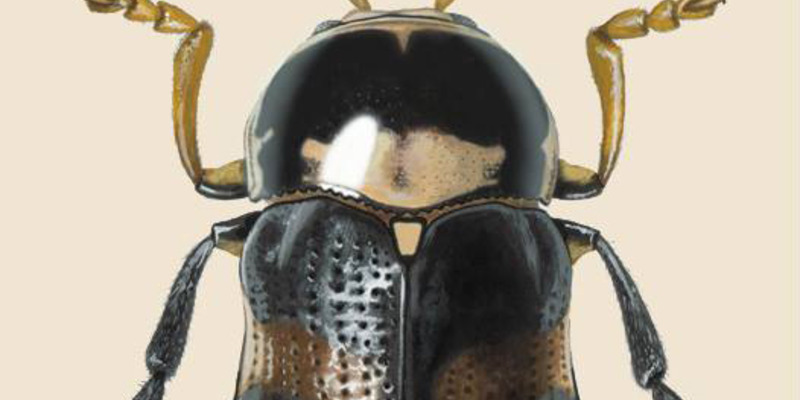 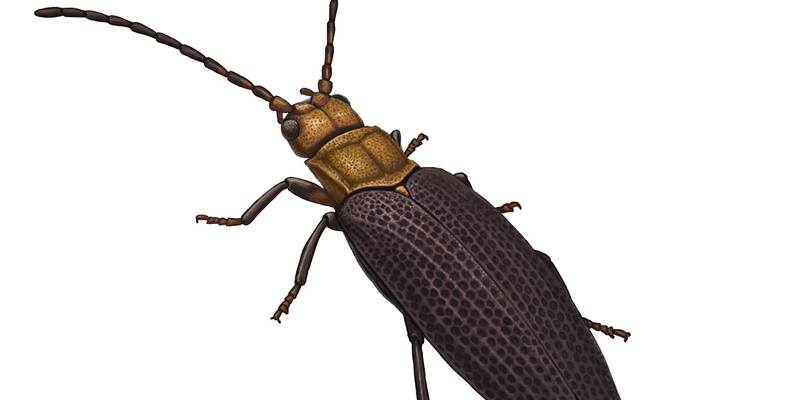 Kaltanicupes
A beetle from the Permian Period
Andrey Atuchin 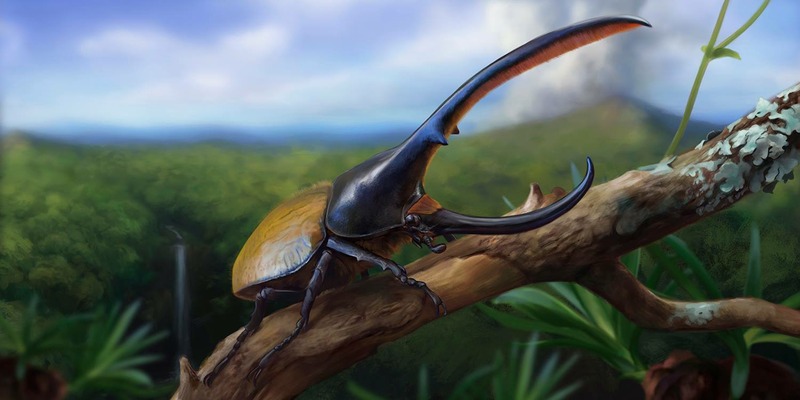 The Great Dying or the Great Permian Extinction was the world’s worst extinction event, happening around 250 million years ago. More than 95 percent of marine species and more than 70 percent of land species perished. It was the only mass extinction of insects and the group including crickets and grasshoppers barely made it through. However, Labandeira may have discovered that some Archostemata larvae bored deep into conifer wood, perhaps giving them an edge during and after a global catastrophe. This group survived the Great Dying and lived into the next period, the Triassic, and actually live as relict species today.

Wood boring is not the only secret weapon against extinction. Labandeira says beetles that feed on decaying plant and animal material and those not directly connected to green plants in food webs are “more amenable toward withstanding serious degradation of the food chain” and that may be a “driving force” to their avoidance of extinction and thus diversification. Some other beetle groups made it through this extinction event too, but had different life habits.

The rise of the flowering plants added a new twist to their story of survival. The next great extinction event at the end of the Cretaceous Period around 66 million years ago barely fazed a diverse array of beetle families living very different lifestyles.

Flowering plants, or angiosperms, evolved around 100 million years ago during the Cretaceous. Angiosperms diversified rapidly after their origin and many beetles began feeding on these new plant species. Dependence on specific plant species for survival should make insects more vulnerable to extinction, yet no beetle groups showed elevated extinction rates at the Cretaceous-Paleogene boundary. Highly varied plant specialists like weevils, leaf beetles and long-horned beetles appeared well before the extinction event and continue to be specialist plant feeders today.

While certain lifestyles may have been less prone to extinction, researchers just aren’t sure whether there were common aspects that helped beetles endure these global mass die-offs.

Smith explains that complete metamorphosis may be one factor in beetle resilience. “They grow as a soft larva that can live in one set of habitats, then metamorphose into a full adult with wings and a hardened exoskeleton. This means that they can take advantage of very different types of habitats as a larva and then as an adult,” she says. Another factor is that “adults are extremely mobile and able to respond to environmental changes quickly.” Smith also says, “Fossil beetles are used as indicators of paleo-temperature in ancient environments because they are known to be quick to respond to changing climates.” This rapid response to climate change may have been instrumental to their escaping extinction during ice ages, as they were able to easily migrate to new habitats.

“Today beetles can be found in every continental habitat. They are the most species rich group,” says Smith. And they come in just about all shapes, eat just about everything and are beautiful. She says this is why beetles rock. They’re the ultimate survivors and more secrets are just waiting to be unearthed.

Special thanks to Lucas Lima for the custom Hercules beetle art and to Dena Smith and Conrad Labandeira for their help in developing this story.

Original research was published in The Royal Society Proceedings B.