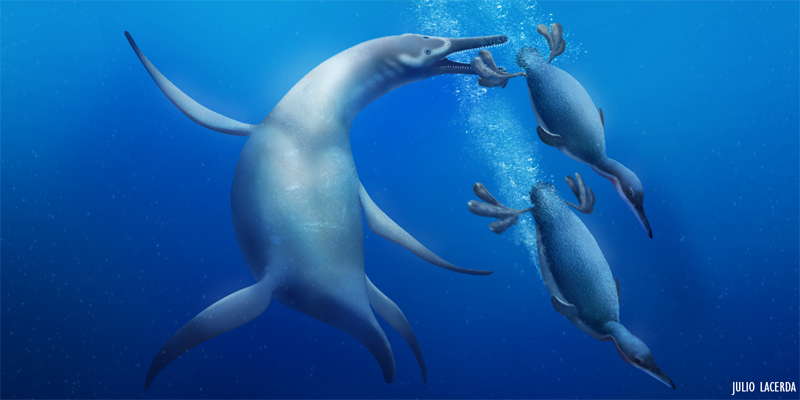 All Posts
One lucky bird’s narrow escape from its hunter refines our knowledge about predatory behavior in Late Cretaceous waters. Researchers matched the bite marks with a predator’s teeth to figure out how it all happened.

Around 80 million years ago, in what is now known as South Dakota, lived a large flightless bird named Hesperornis. It was a predominantly aquatic avian which swam with its hind legs, superficially resembling the modern-day penguin. While discoveries of Hesperornis remains aren’t unusual, David Burnham of the University of Kansas and his colleagues noticed something peculiar on one particular leg specimen.

The surface of its condyle (a rounded protrusion at the end of a bone), normally smooth even after fossilization, had unusual lumps. This clue hinted that the bird’s leg was at one point injured, infected, and healed before its eventual death.

By analyzing fossils held by the University of Kansas, the team matched the bite marks with the teeth of a smaller specimen of a plesiosaur. They also managed to approximate the direction of the attack, claiming that the predator likely wounded the bird’s foot from its side. 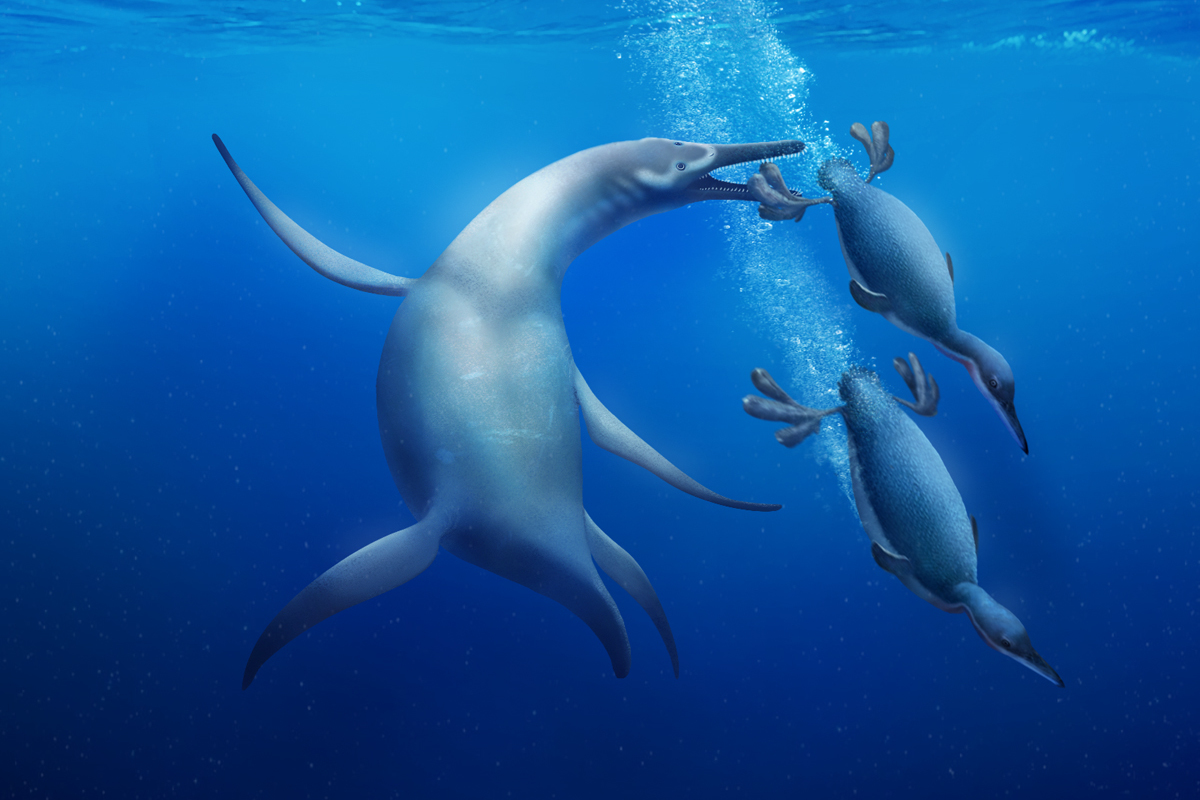 This finding provides researchers a useful insight on plesiosaur behavior and lifestyle, suggesting that their diet were more diverse than just smaller prey (like fish and ammonites) as previously thought.