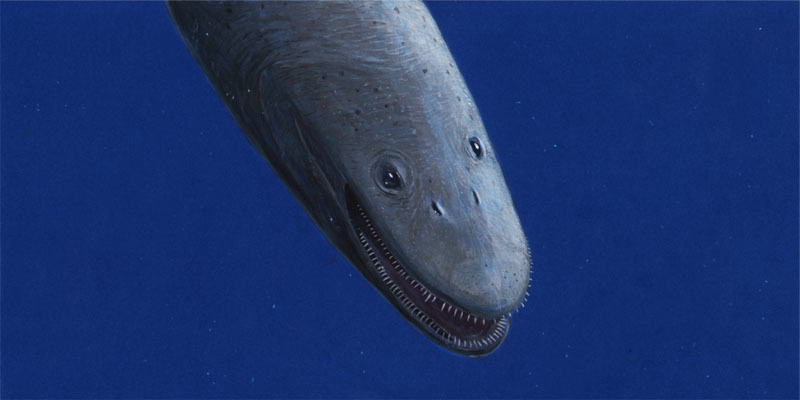 Antarctic marine reptile used its teeth as a sieve

All Posts
A recent examination of the skull of the elasmosaurid Morturneria seymourensis shows that its unusual teeth were used to strain food from the muddy sea bottom. Morturneria, and its closest relatives, show a remarkable similarity to early toothed baleen whales which fed in the same way.

Plesiosaurs, the long-necked marine reptiles of the Mesozoic, were all carnivores. They had long, vertical, cone-shaped teeth, ideally suited for hunting fish and squid. Most of them, but not all.

When Morturneria was first discovered off the coast of the Antarctic Peninsula in the 1980s its skull was noted for being unusual and unlike those in most other plesiosaurs. A 2017 re-examination of the skull led by Robin O’Keefe and colleagues has allowed paleontologists to make sense of this bizarre animal for the first time.

O’Keefe and colleagues compared the partial skull of Morturneria to other plesiosaurs, especially its closest kin, a group called the aristonectine elasmosaurids. They discovered that it had a highly unusual anatomy, allowing it to feed in a way unseen in most other marine reptiles. Both upper and lower jaws are lined with dozens of long needle-shaped teeth, but instead of being oriented vertically, its teeth pointed outward. What’s more, when its mouth was closed, the teeth of the upper and lower jaws interlocked, filling the gaps between adjacent teeth. 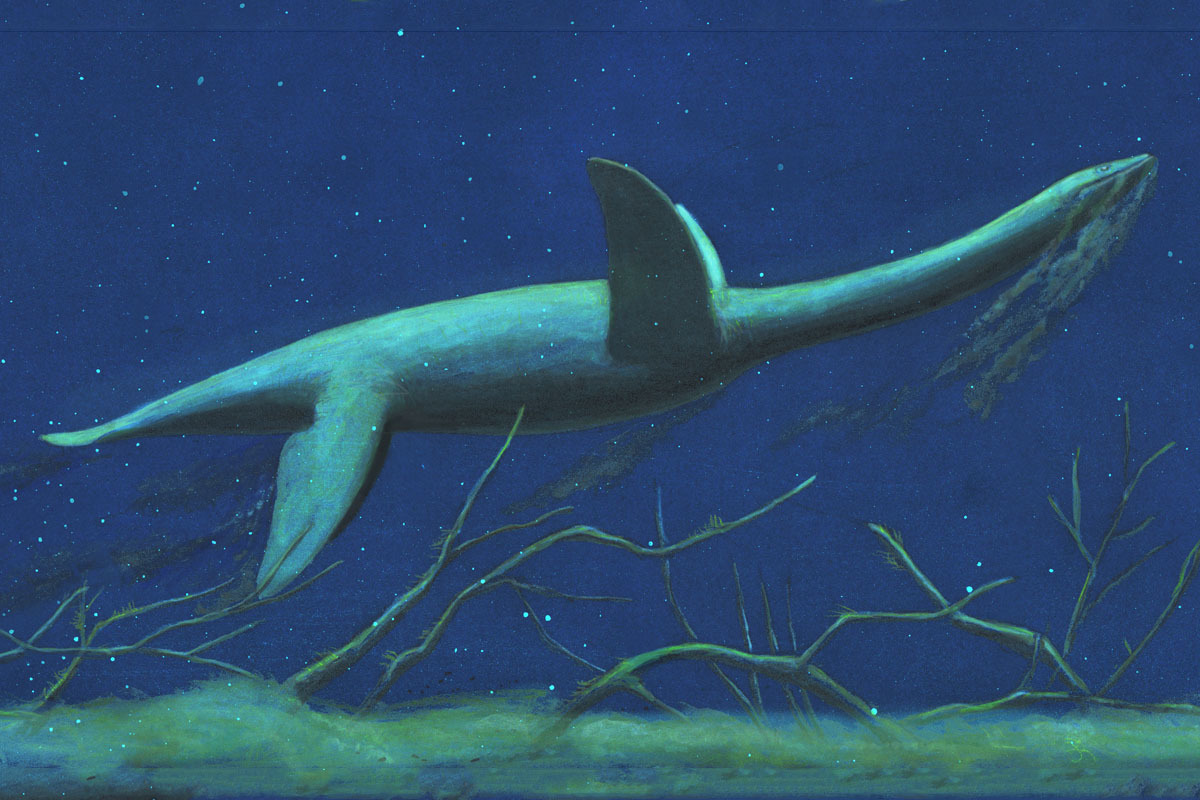 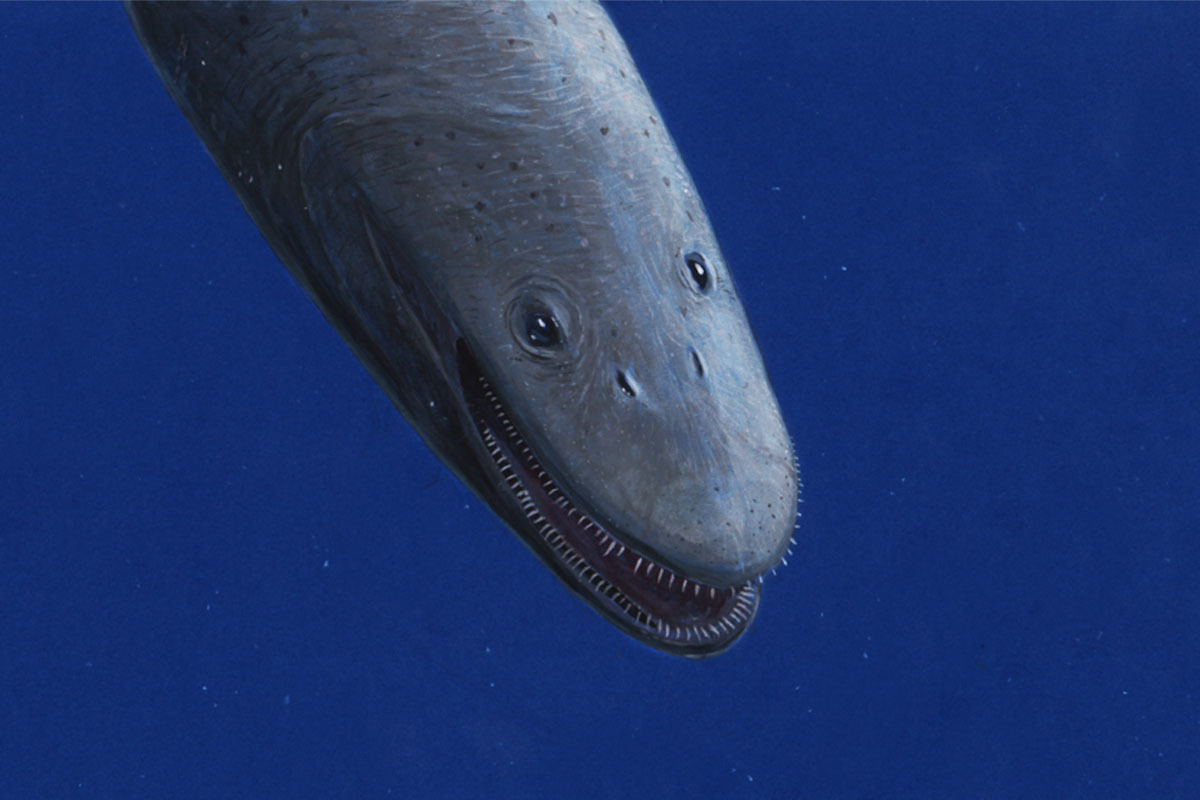 They also found unusual features of the jaws themselves. The lower jaw was U-shaped when seen from above, and the right and left sides were only loosely connected in the middle. In the upper jaw, the roof of the mouth, or palate, was shown to be arched, with the bony internal nostril small and restricted.

They even noticed that the bone texture on the face near the tooth rows looked like that of living baleen whales, which have fleshy lips beyond the baleen. The researchers suggested Morturneria may have had lips as well.

Early toothed baleen whales are known to have gulped in sand and mud from the seafloor looking for burrowing animals that they could strain through their teeth. Living gray whales engage in the same behavior today using baleen rather than teeth. O’Keefe and colleagues consider Morturneria and the other aristonectines to have a similar evolutionary history to the baleen whales, an example of convergent evolution.

Previously, it was thought that it would be impossible for plesiosaurs and most other marine reptiles to become suspension feeders. They all lack a secondary palate, meaning if they tried to strain food through their teeth, water and food in their mouths would actually exit through their nostrils. Morturneria appeared to have gotten around that by greatly reducing the size of the internal nostril; possibly having a soft tissue valve closing that escape route during feeding.

Morturneria and the aristonectines are one of several repeated instances of marine filter feeders showing up in the fossil record. As paleontologists explore more of the world – especially inhospitable and underexplored areas like Antarctica – more unusual and unexpected fossils will surely be found, enriching our understanding of life of the past. Morturneria lived just before the end of the Cretaceous Period and was killed in the same extinction that wiped out the marine reptiles and non-avian dinosaurs. Had this lineage not been wiped out, it’s possible more elaborate filter feeding structures may have evolved.