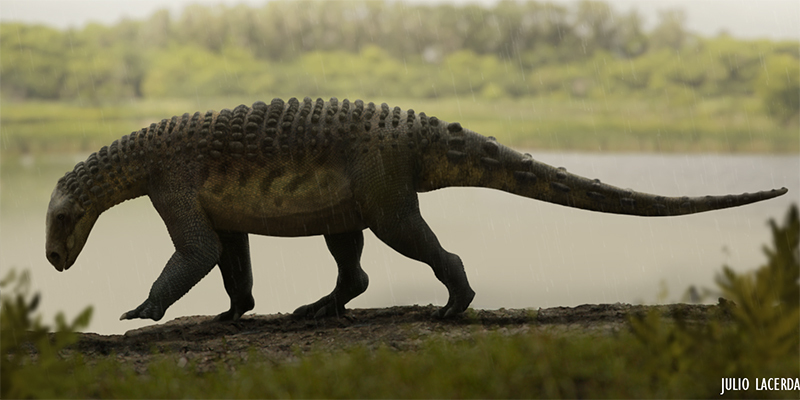 A journey into the brain of an armored dinosaur

All Posts
The armored Pawpawsaurus was a powerful animal, well-built for defense against formidable predators. CT scans of the skulls of these creatures has revealed the finely-tuned features that helped to guide this dinosaur’s bodies and senses.

Pawpawsaurus campbelli was first found in 1992, and scientifically described in the year 1996, based on remains from the Early Cretaceous Paw Paw Formation of Tarrant County near Dallas, Texas. It was scientifically described by paleontologist Yuong-Nam Lee of Seoul National University, Korea. Pawpawsaurus was described on the basis of an incredibly complete skull that lacked a lower jaw.

Yet nothing else of the animal is known so details must be gleaned from related and more completely known armored dinosaurs. It was a nodosaurid, a kind of armored dinosaur that mostly populated North America and had narrow jaws for a selective diet that possibly included low-growing plants like ferns, horsetails and cycads.

In general, Pawpawsaurus was possibly around 6 meters long and short-legged. It may have resembled a walking coffee table on legs as most paleontologists put it. It used a covering of bony armored plates, spines and scutes on its back and tail to defend itself against predators. 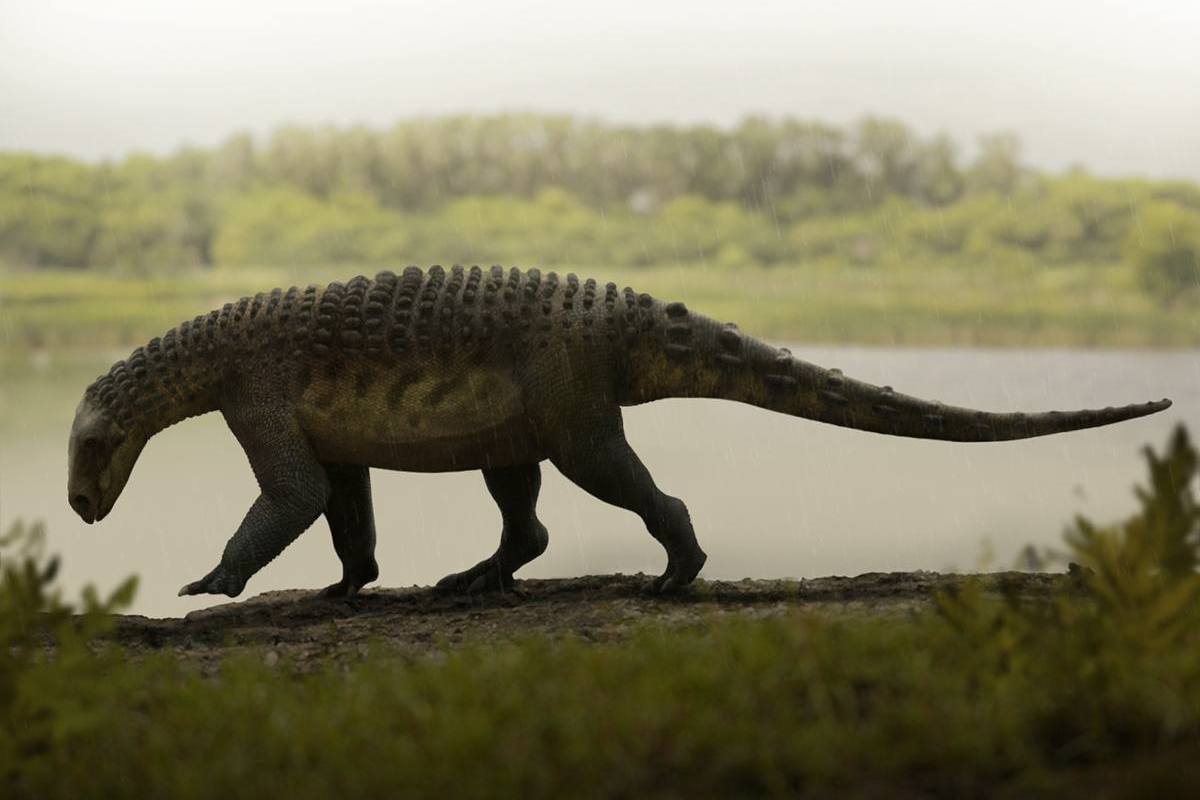 Pawpawsaurus campbelli
A lone Pawpawsaurus strolls beside a lake on a rainy evening.
Julio Lacerda

The completeness of the skull has allowed paleontologists to delve into the animal’s head to reveal the creature’s innermost secrets. In 2016 a team comprising of Ariana Paulina-Carabajal, Yuong-Nam Lee and Louis L. Jacobs went deep inside the skull by means of highly advanced X-ray CT scans at the University of Texas in Austin. The results of the study were published in the journal PLOS, along with computer models of the animal’s well-preserved skull. These scans were the first ever done on the creature, according to Jacobs, co-author of the paper and a professor from the Southern Methodist University.

Euoplocephalus on the other hand is an ankylosaurid, a much more evolutionarily derived animal with a broader mouth and a bony club at the end of its tail for warding off predators. The cranial endocasts, or 3D scans of the brain showed that there were numerous intricacies to be developed in order to evolve and operate such a club.

Pawpawsaurus’ cranial scans show that it seems to have lacked a flocculus, the part of the brain concerned with fine motor skills used to operate a weapon like a bony tail club. This structure is also seen in birds, and is used to control fine movements in the wings to shift flight patterns. Yet the flocculus can also be used to stabilize the animal’s gaze. The advanced ankylosaurids certainly had this sort of gaze stabilization and so did a number of other dinosaurs like the theropods, a few sauropods and some horned and duckbill dinosaurs. In ankylosaurids, the flocculus was used to control fine head movements as well as the kind of movements needed to swing the clubbed tail around at either an attacking predator or a rival of the same species.

The study shows that the other nodosaurids also lacked this part of the brain. Jacobs revealed through this study that the club-bearing ankylosaurids had much more intricately ornate nasal structures than the nodosaurids. Ankylosaurids like Euoplocephalus are indeed known for their large noses and incredible sense of smell, while the nodosaurids like Pawpawsaurus did not. Despite this, Paulina-Carabajal of San Carlos de Bariloche, Argentina adds that smell was still important to Pawpawsaurus in finding food and mates. Its sense of smell was also much sharper than that of primitive meat-eating dinosaurs despite not being as sharp as those of more derived ankylosaurids.

Original study in PLOS ONE


Related Stories
Dinosaurs of the North Pole
Dance of the dinosaurs
Kosmoceratops was the frilliest of all the ceratopsians
Tiny bonehead skull uncovers the early life of Pachycephalosaurus
T. rex immigrated from Asia
//sulc.us/54vvl
/articles/a-journey-into-the-brain-of-an-armored-dinosaur/