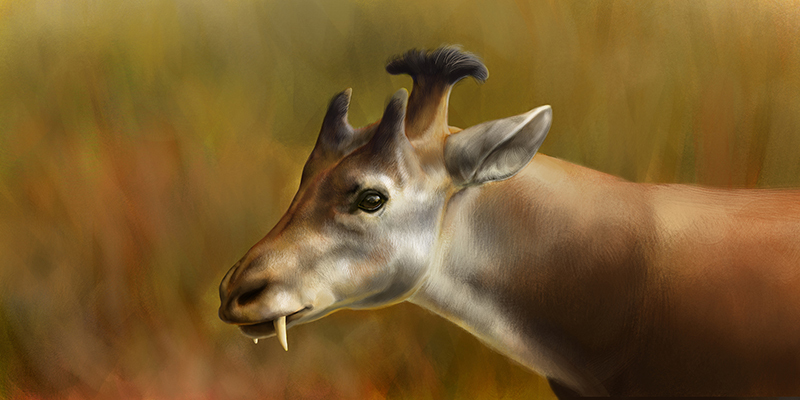 The prehistoric beast with the ‘hairstyle’ of a Star Wars queen

All Posts
Naming a new species is a serious business. Each given name has to be unique, descriptive, and follow certain “grammatical” rules. Despite the strict rules regarding the naming of new organisms, some scientists find ways to geek out on the job.

One extinct ruminant called Xenokeryx amidalae, for example, is named after Padmé Amidala from the Star Wars franchise. It was a relative to giraffes and the okapi that lived around 15 million years ago. Although the entire group it belongs to, the palaeomermycids, sported headgear that would look odd if they lived today, Xenokeryx’s lived up to its name. The males of this species bore an unusual horn which resembled Queen Amidala’s hairstyle in the film The Phantom Menace.

The palaeomermycids are defined by their peculiarly forked appendage near the far end of their skull. While Xenokeryx has a T-shaped horn, another species named Tricerokeryx had a horn that branched like the letter Y.

Early members of this group like Ampelomeryx also had another pair of horns above their eyes that pointed outwards, likely used for fighting between males. In later palaeomermycids like Xenokeryx, this pair pointed upwards, which suggested that they were adapted as display structures instead of aggressive fighting.

This display structure is also enhanced by the pair of saber-like canine teeth possessed by the males. A group of living ruminants called musk deer also bear the same structure, and it has been suggested that they might be the living descendants of palaeomermycids.