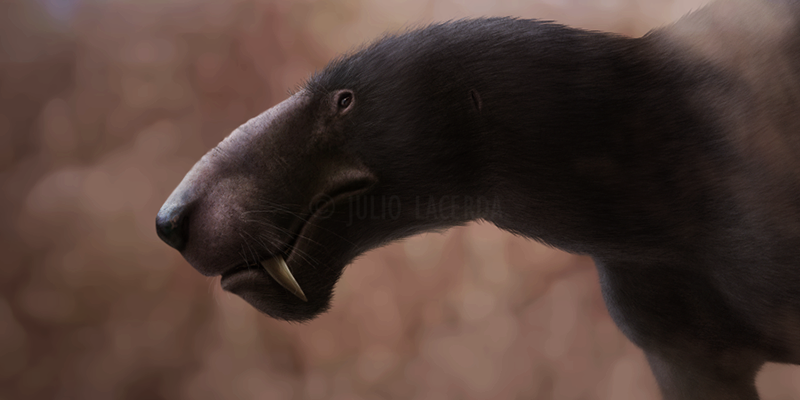 The rise and fall of the first saber-tooths

All Posts
With faces pretty enough to turn you to stone, and a pair of saber-teeth to slash at their prey, the gorgonopsians truly lived up to their frightful name. They were the lords of the Late Permian, a time when every single continent was beginning to drift together, forming the supercontinent of Pangaea.

Traditionally restored as scaly and purely reptilian and called “mammal-like reptiles”, they were theriodonts, of which mammals are the only living members. It is still unknown if they had hair, though. In life they would have seemed like a cross between a tyrannosaur and a saber-toothed cat, a strange yet successful combination.

Their entrance into the public consciousness was rather recent. The Gorgonopsia were made famous through the BBC show ‘Walking with Monsters’, in which a large individual is shown trying to survive through the oncoming climatic catastrophes at the end of the Permian. Their name was coined by Lydekker in 1890 for the purpose of classifying the holotype of Gorgonops, a rather medium-sized genus from the Karoo Basin of South Africa. Gorgonops is pretty much the archetype and the body plan that all gorgonopsians follow, with small differences in head shape, number and shape of teeth and other factors.

The Karoo, home of Gorgonops is essentially the story of the mid-to-late Permian Period all in one fossil bed, and even includes the beginnings of the Triassic in its uppermost reaches. The oldest units of the Karoo are more than 265 million years in age while the youngest are 20 million years younger. Gorgonops and its cousins are known from the second bed all the way to the last of the Late Permian beds. The gorgonopsians on the whole were part of a faunal empire, many of which lasted for a short interval of geological time, only to be replaced by another of their group. 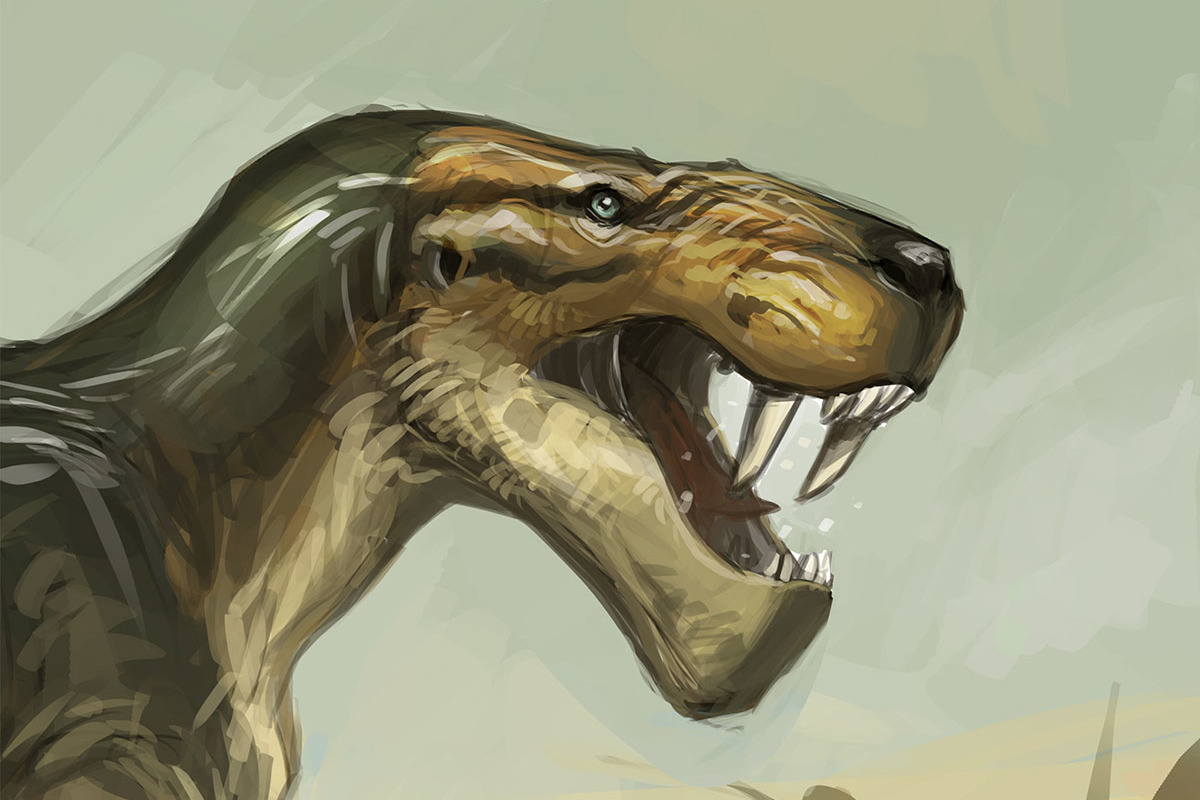 The earlier interval of the Karoo included large basal therapsids called dinocephalians, among the biggest Permian land animals. Their heyday was even shorter than most other empires, evolving around 265 or so million years ago and dying out just a few million years later. The time was ripe for the gorgonopsian takeover and they evolved from cat-sized to wolf-sized and finally bear-sized apex predators.

All gorgonopsians were predatory, while the herbivorous end of the empire was composed of pareiasaurs – a group of armored reptiles – and the dicynodonts, also therapsids like their gorgonopsian neighbors but much smaller and with tusks for digging up roots and tubers. All these animals were on the gorgonopsians’ menu. But even the largest pareiasaurs were not much bigger than a large bison in terms of mass, far below the size range of the largest plant-eating mammals. The gorgonopsians thus used their saber-teeth to kill prey similar in size to them, and not anything much larger.

This is contrary to the old idea that saber teeth only evolved for the purpose of dispatching animals far bigger than the predator. Their incisors though were very much smaller than the canine teeth, and they lacked the carnassial-type shearing teeth of proper mammalians. Gorgonopsians probably used their incisors to stabilize the area of their bite while they ate. They did not chew their food, instead bolting down large chunks of flesh like most other ‘reptiles’.

All gorgonopsians were saber-toothed, with the South African Rubidgea being the most powerful and robust. It was also one of the larger genera, up to three meters long, and with a short skull and massive canine teeth. The most famous gorgonopsian is probably the Russian Inostrancevia. It was slimmer than Rubidgea though similar in size, and had a rather tall and narrow skull.

The South African Karoo and the Permian beds of Russia preserve the greatest number of gorgonopsians and their pareiasaur prey. Like in any fauna there are both massive and small types of animals. For one, the jackal-sized Lycaenops shared the Karoo with Rubidgea, killing smaller therapsids and proper reptiles.

The gorgonopsians were killed off during the days of the Permian Extinction. They are the only theriodonts that actually went extinct at the time, with the others surviving through the Mesozoic Era.