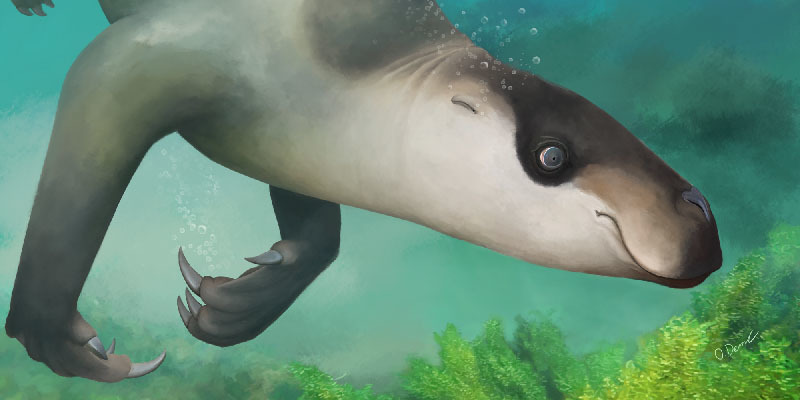 The giant sloths that lived in the sea

almost 3 years ago by Franz Anthony

All Posts
A study involving slices of bones from South America’s extinct marine sloth reveals how their body adapted to the underwater environment.

When BBC teased its then upcoming series Planet Earth II with a footage of a swimming sloth, the internet exploded with awe and glee. Though it broke our expectation of sloths as lethargic, tree-clinging animals, there are more surprises to discover about sloths when we look at their family tree.

Before extinction left us with the six species of tree sloths we have today, ground sloths the size of bears used to roam the Americas since 35 million years ago (Ma). The iconic Megatherium, also appropriately known as the giant ground sloth, even grew as large as today’s elephants. But some of Megatherium’s close cousins seemed to be even more comfortable in the water than Planet Earth’s sloth.

In 1995, a scientific paper announced the discovery of a big number of sloth fossils in an unlikely environment in Peru. They were found in what was a coastal desert back in the Pliocene Epoch, around 2.5-5 Ma. Fossils of aquatic animals dominated the scene and no other land-dwelling mammal were found nearby. This particular group of ground sloths, named Thalassocnus natans, seemed to live alongside whales and crocodiles. 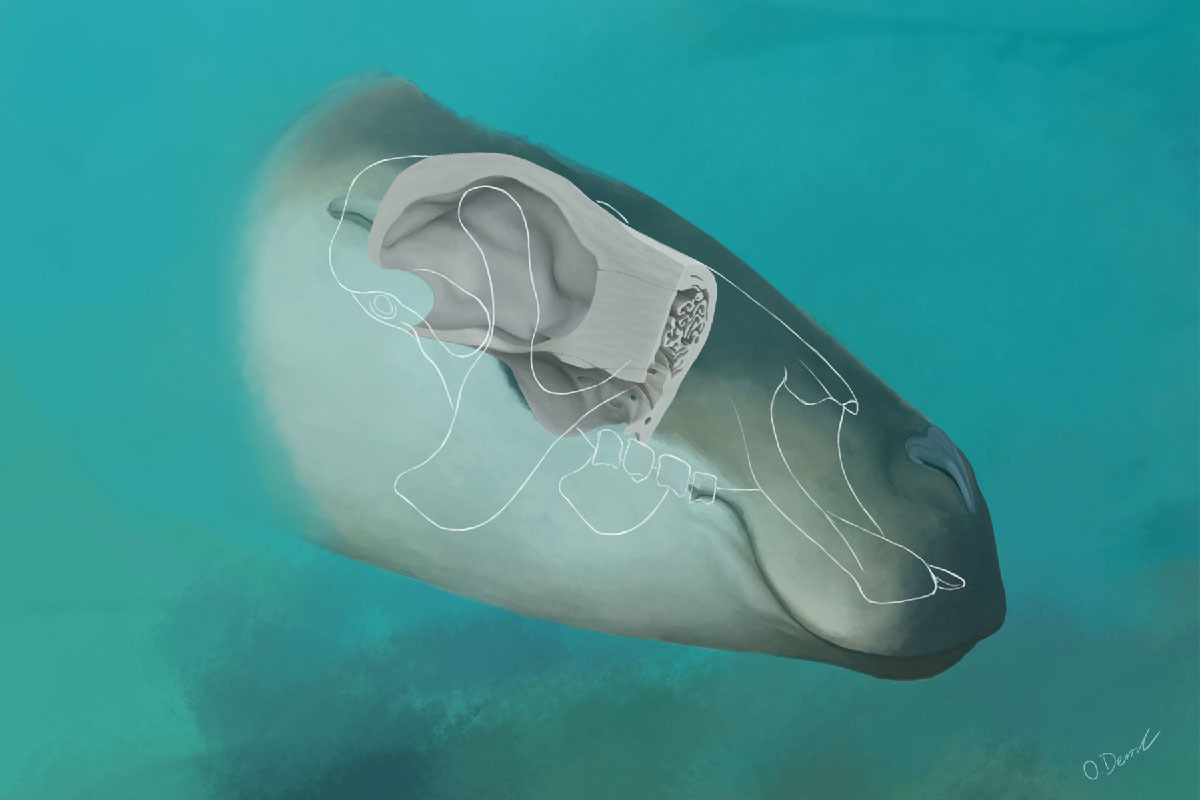 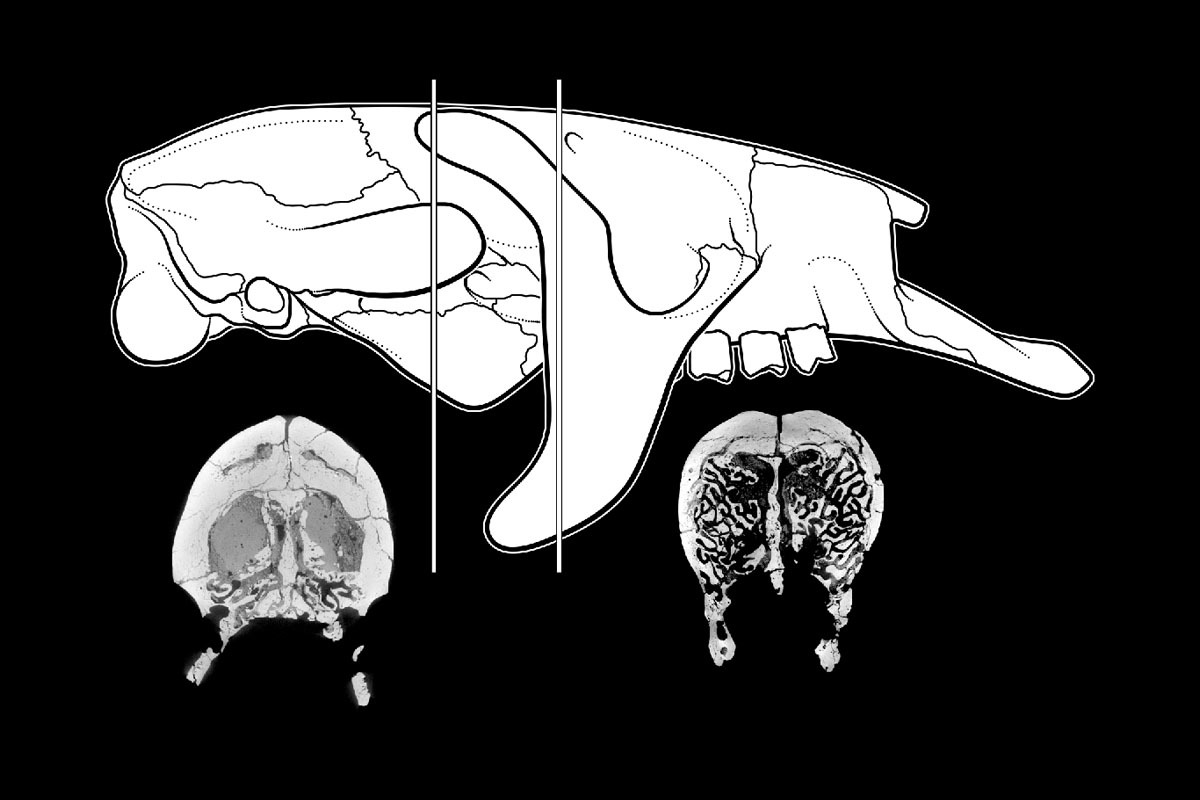 Since then, four other species of Thalassocnus have been unearthed from various coastal environments of Peru and Chile. These sea-dwelling sloths all had features in their bones that resemble other aquatic animals like otters and beavers. Features in their jaws suggest that they grazed on seaweed and sea grasses from shallow coastal waters, likely less than one meter (3.3 ft) deep.

On top of it all, their bones yield another clue to their aquatic lifestyles. When a land-dwelling animal adapts to life in the sky or sea, their bone density tends to change. The bones of flying creatures become filled with air sacs to reduce their weight, while shallow-diving species went the opposite direction.

Such an evolutionary trend is called bone mass increase (BMI), which involves the increase of the bone’s robustness (pachyostosis) or density (osteosclerosis). In short, aquatic mammals like otters, sea cows, and even platypus tend to have thickened, hardened bones compared to their terrestrial relatives.

A similar case is reflected in the bones of the marine sloths. In a study published in May 2018, postdoctoral researcher Eli Amson detailed his observation of their bone thickness. By examining slices of the bones, known as thin sections, he noticed the thickening of the sloths’ bones including the roof of the skull.

The skull thickening is particularly notable, since every study on BMI so far has mostly looked into body parts related to locomotion. Amson’s study shows, at least in the sloths’ case, that BMI isn’t restricted to the animals’ limbs.

“In shallow diving 'slow swimmers', such as manatees and aquatic sloths, the skeleton is more compact and acts like the weight-belt of human divers, to allow them to be neutrally buoyant passively,” Amson said in an email to Earth Archives.

Interestingly, the different species of Thalassocnus he observed showed a constant trend of BMI throughout their history. By comparing bones from T. natans (7 Ma), T. littoralis (6 Ma), and T. carolomartini (5 Ma), it was clear that the sloths became more and more aquatic before they finally went extinct around 2.5 million years ago.

This trend is also followed by the reduction of air-filled spaces surrounding the nasal cavity, or sinuses. Such reduction has also been observed in the evolutionary history of bears and whales, but it’s not yet fully understood how it would’ve affected the animals’ lifestyles.

As with the whales, it seems like they took their own path to live underwater. “Deep-divers, and more general active swimmers, can actually show the opposite trend. Extant [living] cetaceans (whales and dolphins), for instance, have osteoporotic (less compact) bones. They actively regulate their buoyancy,” Amson said.

After their extinction, the sloths’ rich fossil record is what sets them apart from other swimming mammals. No other group left a similarly detailed fossil record of ever-increasingly aquatic lifestyle in a succession, but it’s expected that they must have underwent a similar phase in history.

For now, we have to be content that the bones Thalassocnus left behind gave us the chance to observe their evolution in such great detail. 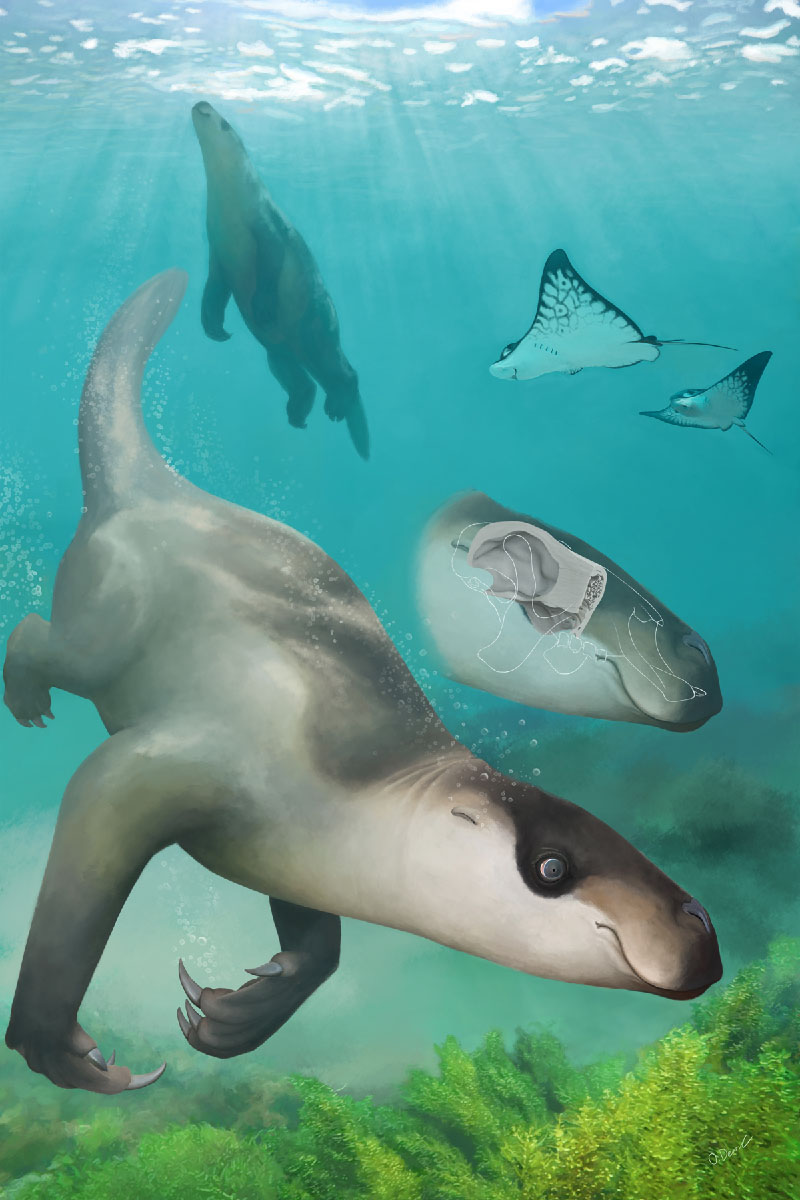 
Related Stories
Stegodon, the “elephant” with sideways trunk
The crocodilian rulers of pre-Amazonian Peru
The biggest rodents in the world used their teeth as tusks
Weird mammals get a home in the tree of life
The fossil whale with a full belly
//sulc.us/brh4u
/articles/the-giant-sloths-that-lived-in-the-sea/