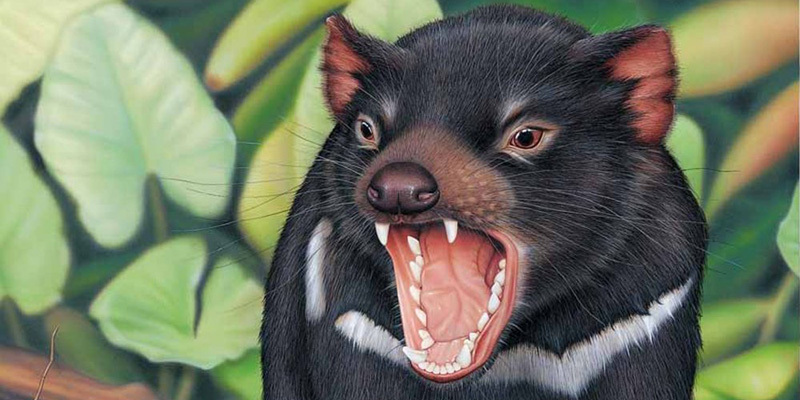 All Posts
A large Tasmanian devil relative has been discovered from a new fossil locality in the outback of northwestern Queensland.

Within the sediments paleontologist have discovered a single lower molar of a new, large predatory marsupial. A team led by Michael Archer has named the new taxon, Whollydooleya tomnpatrichorum, after Wholly Dooley Hill, and Australian paleontologists Tom and Pat Rich. The scientists compared Whollydooleya to other mammals and determined that it's a member of the Dasyuromorpha, a group of marsupials that includes Tasmanian devils and the recently extinct thylacines among others. Tasmanian devils are, in fact, real animals, but nothing like the bipedal always-skips-leg-day spinning monsters of cartoon fame. In reality, Tasmanian devils are beefy terrier or raccoon-sized predators native to Tasmania, and fairly recently, native to the remainder of Australia. Thylacines were superficially wolf-like (and wolf-sized) predatory marsupials that lived until quite recently on Tasmania. A striped coat led to the nickname Tasmanian tigers. 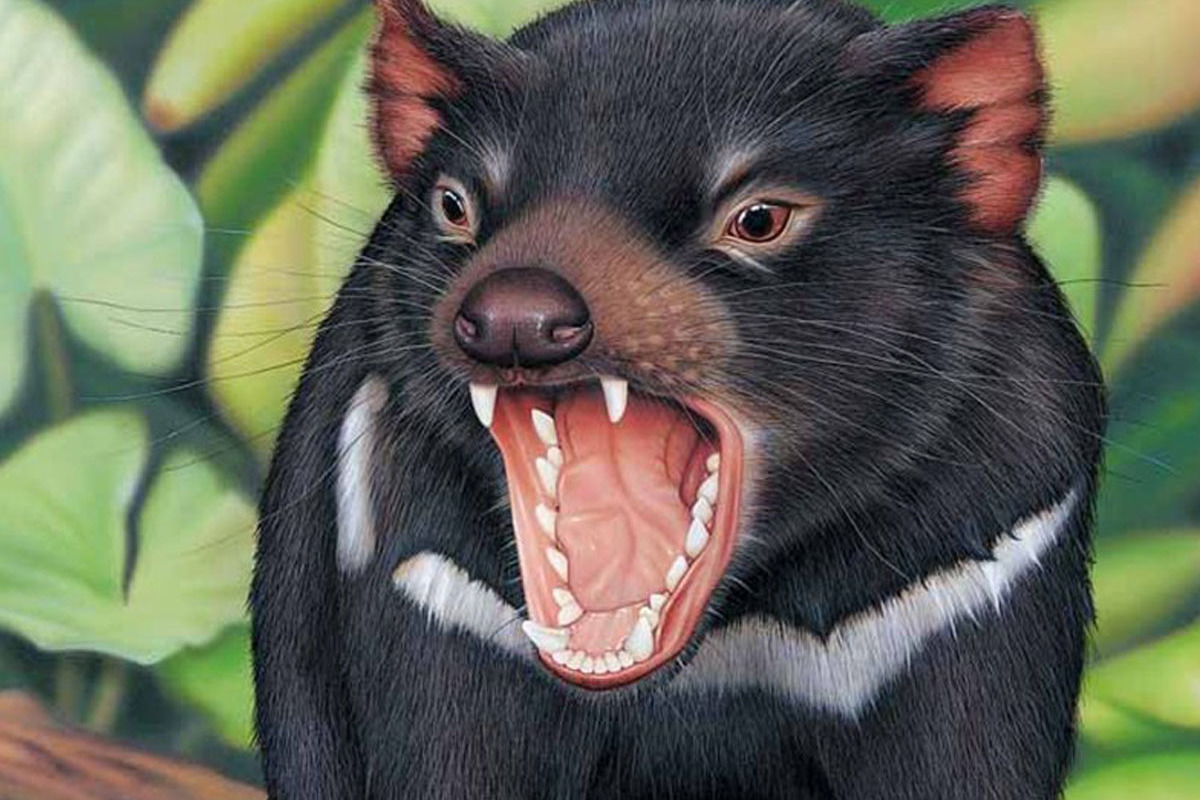 Whollydooleya however, was about twice as heavy as modern Tasmanian devils, probably weighing between 20 and 25 kg (44-55 lb). This puts it in the same size class as thylacines and represents an independent line of fairly large marsupial predators in the Cenozoic. In addition to Whollydooleya, Tasmanian devils, and thylacines, Australia was also home to Thylacoleo and other so-called marsupial lions. Thylacoleonids are actually more closely related koalas, wombats, and kangaroos than to the dasyuromorphs.

Tasmanian devils are the only remaining marsupial hypercarnivores in Australia. They are today restricted to the island of Tasmania, but previously lived in the Australian mainland. Thylacines had a similar distribution. The extinction of both from the Australian mainland is linked to the introduction of dingoes several thousand years ago. The ultimate extinction of thylacines is due to aggressive human hunting by European settlers who considered thylacines as agricultural pests (similar to how wolves are viewed by many in North America). The last living thylacine died in a Hobart zoo in 1936. Likewise, thylacoleonids survived in Australia until about 30,000 years ago, but their extinction is linked to the arrival of the first humans in Australia as well as extreme changes in climate.

Analysis of the sediments deposited in the cave that is now the Wholly Dooley Hill site indicate that Whollydooleya lived at a time if environmental transition. During the early Miocene, the area was home to dense forests, but as time progressed, the rocks tell a story of several dry periods with more open forests. Whollydooleya lived during one of these dry periods. By analyzing the other vertebrate remains from the site, especially species of kangaroo, the research team was able to narrow down the time Whollydooleya lived to the Middle to Late Miocene, 13-16 million years ago. Wholly Dooley Hill will hopefully further enrich our understanding of the Late Miocene marsupial of Queensland during a time when the climate and environment was transitioning away from dense forests and to the arid scrubland seen today.


Related Stories
The long-lost cousin of rhinos and horses
Carnivorous marsupial thrived in ancient Turkey
Stegodon, the “elephant” with sideways trunk
Giant early whale Basilosaurus hunted the calves of other whales
The biggest rodents in the world used their teeth as tusks
//sulc.us/10mvt
/articles/tasmanian-devil-super-carnivore-found-in-australia/