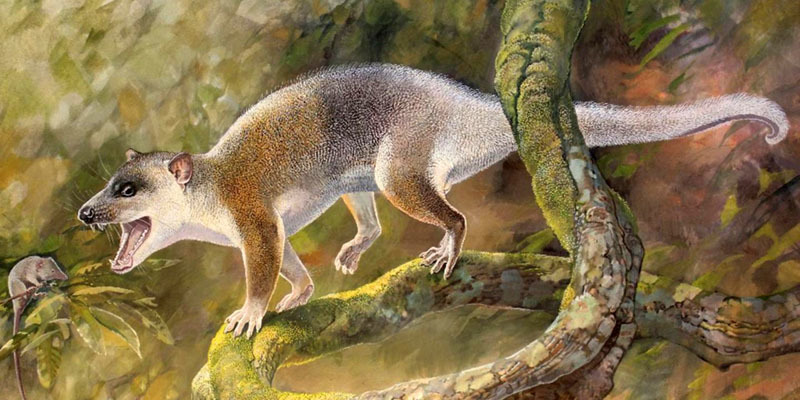 All Posts
Twenty million years after the Age of Dinosaurs ended, an island that would become part of Turkey had a unique animal community, including a cat-like marsupial predator named Anatoliadelphys.

Scientists A. Murat Maga and Robin M. D. Beck have announced the discovery of a carnivorous marsupial named Anatoliadelphys from Eocene-aged rocks in central Turkey. This specimen was discovered in 44-million-year-old rocks of the Uzunçarşıdere Formation and is made up of the majority of the skull and skeleton. It is named for Anatolia, the mountainous peninsula that makes up the Asian portion of Turkey.

Anatoliadelphys lived just about 20 million years after the mass extinction that wiped out the non-avian dinosaurs and was one of dozens of mammalian carnivores around the world filling the roles once occupied by small carnivorous dinosaurs. Anatoliadelphys is notable, however, because very few of the mammals in northern continents were pouched marsupials.

Anatoliadelphys was about the same size as living housecats, and like cats was a hunter of small animals. The molars were incredibly stout, with proportions like those of living bone-eating mammals, and the jaw and neck muscles were very strong. Maga and Beck found that Anatoliadelphys most likely killed prey by violently shaking it while biting down. The limbs show some adaptations for climbing, but Anatoliadelphys probably spent most of its time hunting on the forest floor. 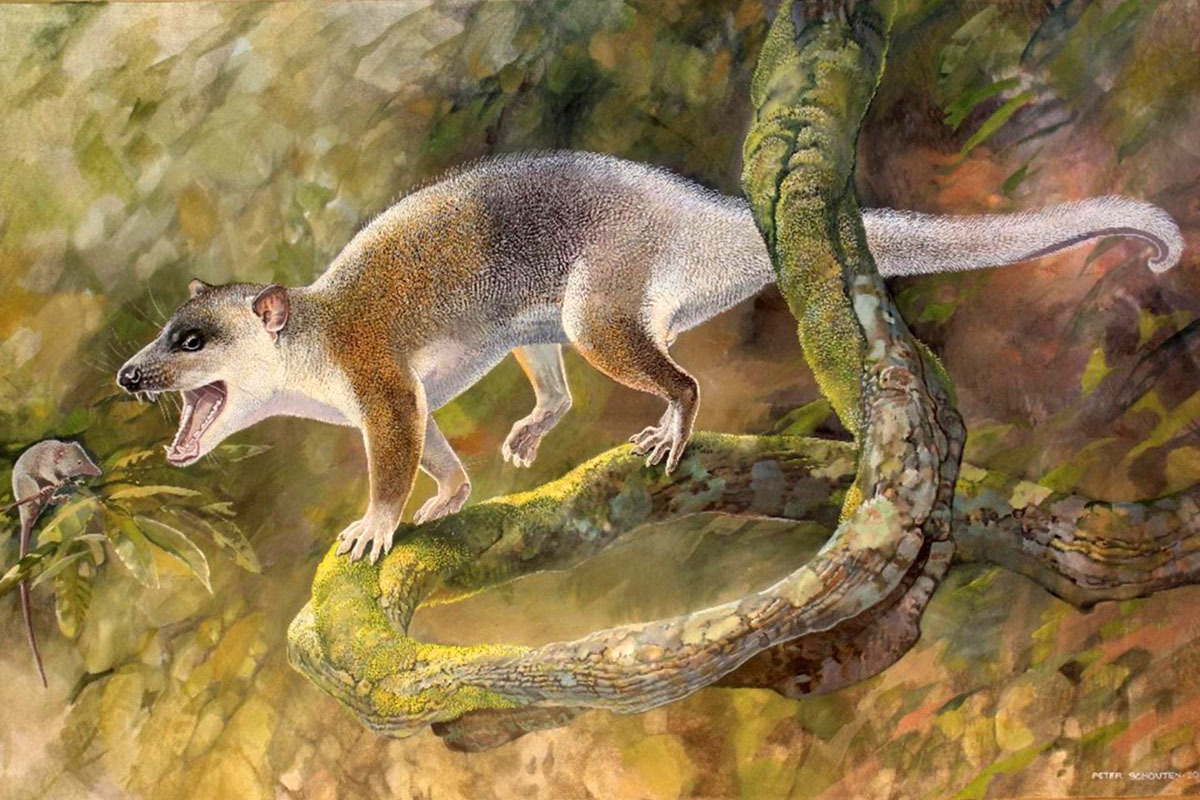 At the time that Anatoliadelphys was alive, much of southern Europe and southwestern Asia – including Turkey – were large mountainous islands similar to the modern Indonesian archipelago. The island home of Anatoliadelphys was covered in subtropical forests, where regular rain storms rolled in from a shallow sea that covered much of northern Europe.

Marsupials have a limited geographic range today, with few representatives in northern continents and none in Africa or Eurasia. This wasn’t always the case; the earliest marsupials are known from Cretaceous rocks in eastern Asia. The ancestors of Anatoliadelphys probably moved westward sometime in the Late Cretaceous.

The Uzunçarşıdere Formation has a unique fossil community, with a total lack of carnivorous placental mammals found to date. Placental mammals are those that give birth to fairly large babies, in contrast to the tiny babies of marsupials that nurse in pouches on the mother’s belly after they are born. Placentals make up the vast majority of living mammals, as well as most of the carnivorous mammals living in other parts of Europe and Asia 44 million years ago.

The discovery of Anatoliadelphys shows that the ancient migration of marsupial groups is more complex than previously thought. Additional discoveries will allow us to know more about Anatoliadelphys and its closest relatives, as well as the unusual animals of the Uzunçarşıdere Formation.