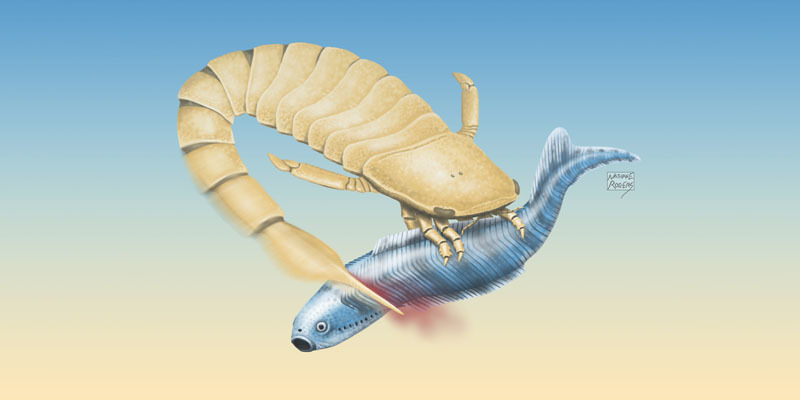 Sea scorpions stabbed and slashed their prey to bits

Many eurypterids were fearsome predators of their environment. Some of them were armed with a spiked tail, while a few developed claws for grasping. One fossil discovered near Lesmahagow, Scotland gives researcher an insight into how they could have used their tail.

This fossil dates back to around 430 million years ago. It shows the tail of the eurypterid Slimonia acuminata curved in such a way that the tip, known as the telson, is parallel to its body. In life, this telson could have reached as far as, or even farther than the animal’s mouth. According to researcher Scott Persons, it implies that eurypterids might have stabbed their prey to death while grappling it with its front limbs.

Slimonia’s telson also came equipped with serrated edges. Such anatomy would allow them to tackle larger prey, which they could slash and hack until it turned into bite-sized chunks. 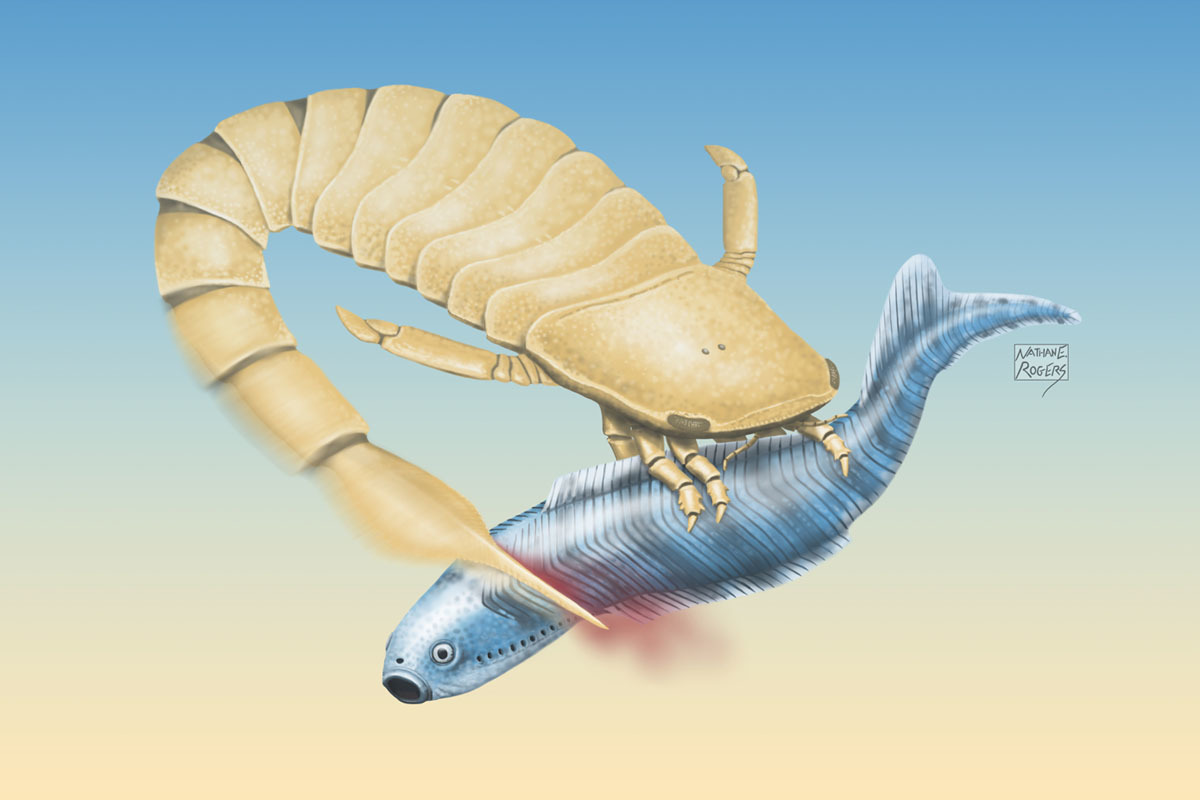 An artist's interpretation of Slimonia and its prey
Nathan E. Rogers

Like other arthropods – insects, shrimp, or milipedes – sea scorpions had a segmented body covered in hard external skeleton. Interestingly, this particular specimen’s tail curved sideways, unlike shrimp that flip their tail up and down to propel through the water. As it stabbed prey with its tail, Slimonia could keep its position steady without wriggling itself or its prey all over the place.

Eurypterids were a group of successful predators. They stalked the seas and eventually freshwater for more than 200 million years, until they were wiped out by the world’s most severe extinction event at the end of the Permian. During their reign, some of them grew longer than a human’s height. At an estimated length of 2.5 meters (8 ft 2 in), Jaekelopterus was the largest eurypterid, if not all arthropods, to ever live on the planet.

Read the original research in The American Naturalist.