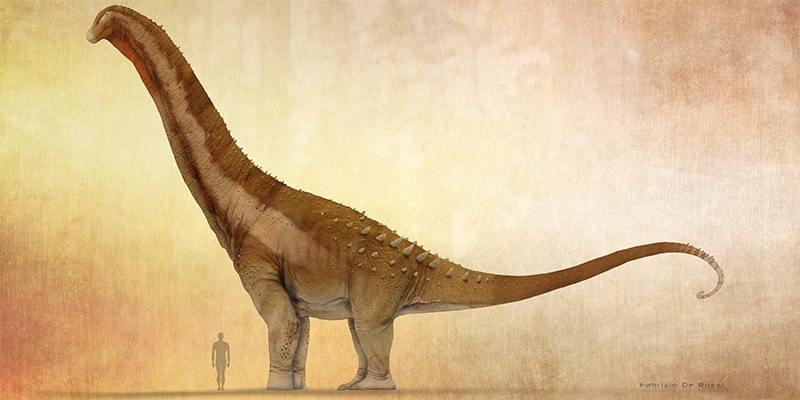 All Posts
At the end of the dinosaur age, gigantic beasts roamed the southern half of the North American continent. From Utah to Texas and New Mexico, these giants shook the earth under their immense weight, towering above predators and neighbors alike. It was the reign of Alamosaurus, America’s biggest dinosaur.

Earlier this year, the Perot Museum in Dallas, Texas, unveiled an incredible skeletal mount, a dinosaur that was billed as the largest in America. It is the massive skeleton of an Alamosaurus sanjuanensis, a Texas native that is roughly 66 million years old. Fossils of the big animal were discovered in 1997 in the Late Cretaceous rocks of Big Bend National Park.

The find consists of nine large vertebrae from the creature’s neck, the first articulated series of neck bones from an Alamosaurus individual. Ronald S. Tykoski, the Director of Paleontology Lab and Anthony R. Fiorillo, Chief Curator and Vice President of Research and Collections, described the find in the Journal of Systematic Paleontology. Altogether the mounted skeleton and the nine neck bones tell of a specimen 24 meters (79 ft) long, with its head 12.6 meters (41 ft) off the ground. The owner of the neck bones would have weighed an immense 50 tons, certainly the biggest creature on its native continent.

Later, another specimen was discovered, this time in Mexico. This second specimen was found in 2006 and consists of just an incomplete tibia, a shin bone. When complete, the bone was taller than a grown man and belonged to a creature exceeding 30 meters (98 ft) in length. This makes Alamosaurus the biggest dinosaur in North America, as well as one of the biggest creatures to have ever walked the planet. For a long time, titanosaurs from Argentina like Argentinosaurus and Puertasaurus had been contenders for the title of biggest dinosaur. Now, an equally huge North American dinosaur has entered the fray. 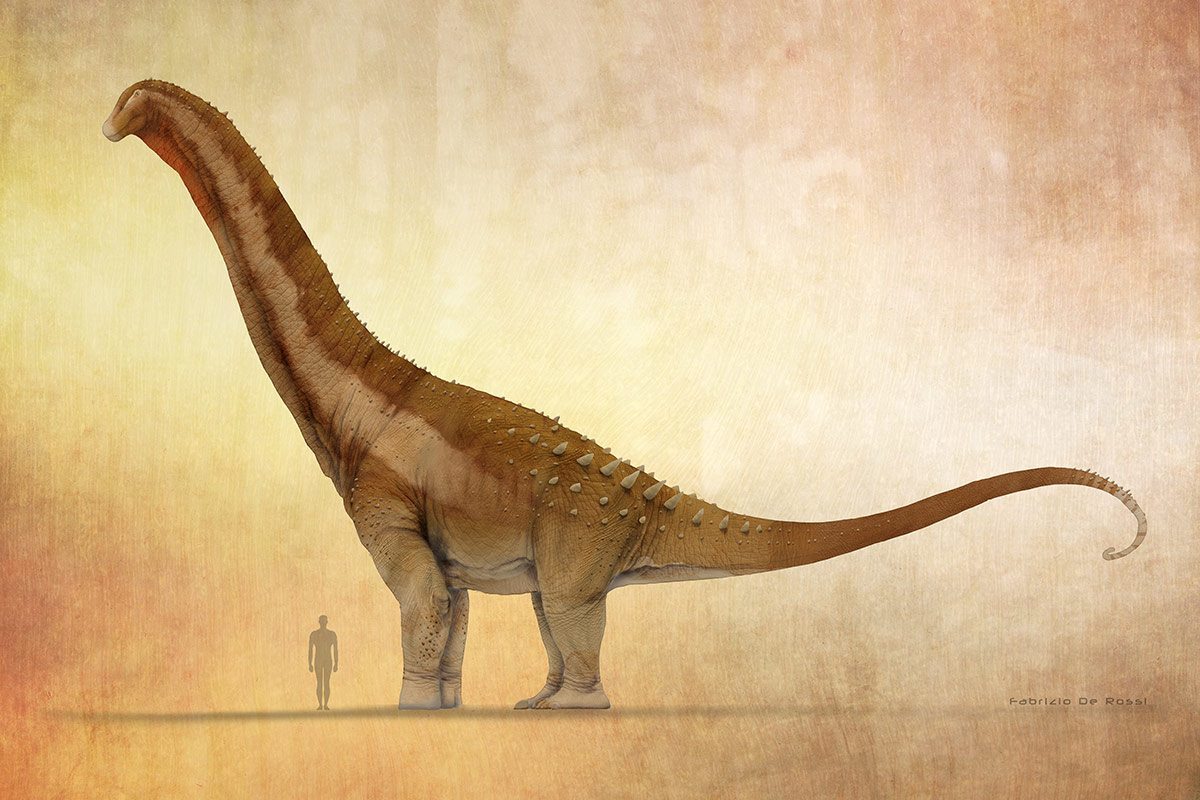 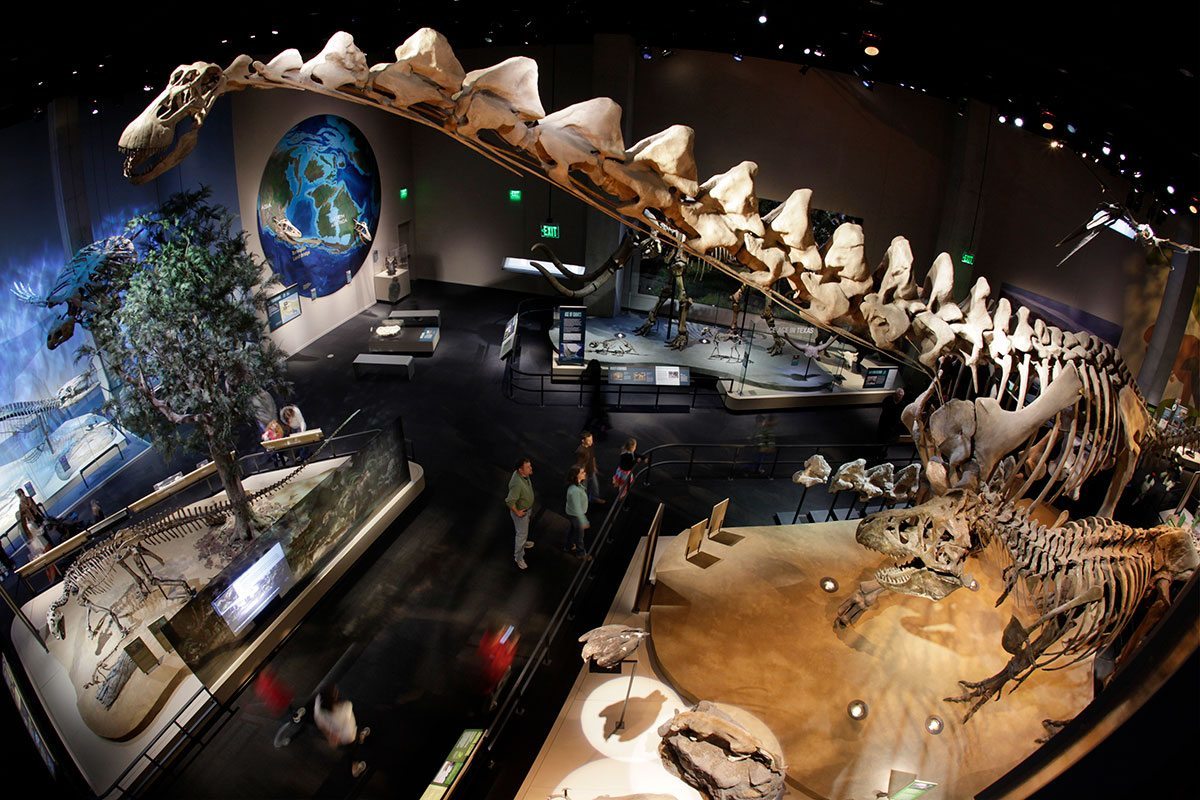 Alamosaurus was a titanosaur, a long-necked and long-tailed herbivore of the kind that dominated both the southern and northern hemispheres at the end of the Cretaceous Period. Titanosaurs were far broader and more heavily built than their more famous Jurassic kin like Brontosaurus and Diplodocus. Fossils show that the immense Alamosaurus too had the characteristic titanosaur features of a double-wide torso and a very heavy, thick upward-pointing neck. Its front feet did not have nails, another feature of its family.

While the skull of Alamosaurus has never been found, the skulls of related animals have been found elsewhere. This makes it a lot easier to restore the headless giant with relative confidence, thus giving the beast a rather narrow head.

Alamosaurus also had another unique feature: It had a set of huge osteoderms, or bony spikes and armor. Paleontologists Matthew Carrano and Michael D’Emic published the find last year in the Journal of Vertebrate Paleontology. While the armor was a first for Alamosaurus in general, it was not the first time such creatures had been found with osteoderms. Many titanosaurs possessed this trait, with various species having various kinds of armored plates. Some had a small scattering of plates while others had ornate spines. Alamosaurus is thought to have had bulb-and-root-osteoderms, consisting both of large spines running down the shoulders, back and tail and some plate-like elements higher up on the neck. This made for a formidable, almost fortress-like creature that was nearly indestructible.

Alamosaurus sanjuanensis was not named for the Battle of the Alamo but rather for the Ojo Alamo Formation of New Mexico. The holotype or the first fossil was a shoulder bone. The find was discovered by Charles Gilmore and Charles Sternberg in June 1921 and named after the rock formation plus the fact that it was from the San Juan County in New Mexico.

A more complete specimen was described from Utah in 1946, and consisted of a complete tail, front leg and hip bones. Even more complete was the juvenile specimen described from Big Bend, in 2002. From remains like these it was first extrapolated that the animal grew up to 15.8 meters (52 ft) in length and weighed 15 tons. Due to these earlier fossil finds, Alamosaurus was always imagined as a rather generic small, late-surviving titanosaur. Now though, that picture is changing, with Alamosaurus being recognized as the most prominent member of a unique fauna that dominated the southern half of North America.

This fauna is not as well-known as the similarly aged Hell Creek and Lance Formations farther north. Back then, 69 to 66 million years ago the region was also somewhat dryer, consisting more of semiarid upland plains rather than low-lying swamps and cypress and conifer forests. This was perfect habitat for a massive titanosaur. Horned dinosaurs and armored dinosaurs also lived here.

Other members of this fauna include highly abundant flying reptiles or pterosaurs like the two species of Quetzalcoatlus, one big and one small, plus another unnamed variety. Of course with their slim, aerodynamic bodies, it is clear that these pterosaurs could not tackle any titanosaur larger than a baby. Rather, it is possible that none other than Tyrannosaurus may have held the role of top predator.

Tyrannosaur remains from the southern states are always attributed to T.rex, the largest and most common big carnivore of its time and place. Tyrannosaur teeth have been indeed found in association with some Alamosaurus bones, although whether this was a case of active hunting or simply scavenging is as yet unknown.


Related Stories
Brazil's biggest dinosaur gets a name
Father and son team discover a dinosaur tooth in Japan
Were dinosaurs cold-blooded or warm-blooded? Actually, neither.
Kosmoceratops was the frilliest of all the ceratopsians
Brontosaurus resurrected
//sulc.us/ef9hc
/articles/remember-the-alamosaurus-america-s-armored-dinosaur-titan/