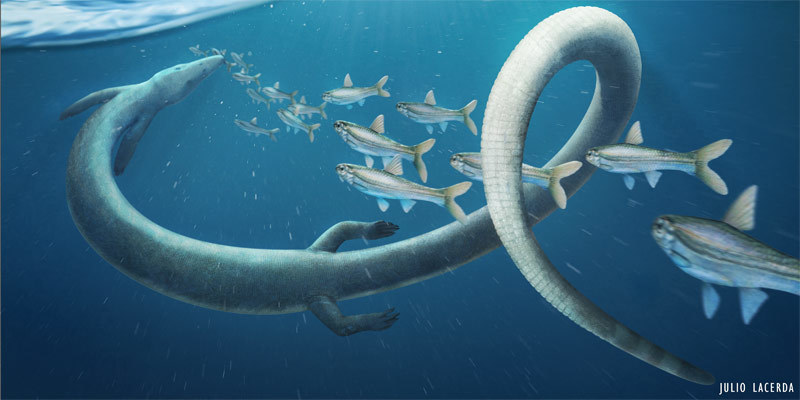 over 4 years ago by Carlos Albuquerque

All Posts
Of all the prehistoric reptile groups, few are given as much disservice as the sphenodonts. Currently represented only by New Zealand’s iconic tuatara, these animals were once widespread, living on most continents. Some, like Homoeosaurus, are even a darling of prehistory books, almost always portrayed as tuatara clones.

In truth, this couldn’t be further from the truth. Sphenodonts were a highly diverse group of animals, comparable with modern lizards in terms of sheer ecomorphological diversity. We have evidence of small gecko-like insectivores (Geophyrosaurus), large terrestrial herbivores (Priosphenodon), “blade mouthed” forms (clevosaurids), a marine iguana-like herbivorous swimmer (Ankylosphenodon), a fanged marine predator (Palaeopleurosaurus) and even a venomous species (Sphenovipera), among several others.

You’re likely to have come across the word Pleurosaurus, perhaps in a dinosaur book. Pleurosaurus has been found in the famous Solnhofen Formation of Germany where more well-known critters like Archaeopteryx or Pterodactylus have also been found. Though its aquatic habits are often noted, it’s generally in passing, and in the end Pleurosaurus ends up being portrayed as lizard or tuatara-like.

In reality, Pleurosaurus was as physically different from the tuatara as a sphenodont could get. Unlike its stout terrestrial relative, Pleurosaurus had a long, “snake-like” body. The torso is long and cylindrical, and is specialized for long, shallow undulation. The tail is even longer, flattened and bearing a long fin like a sea snake’s. 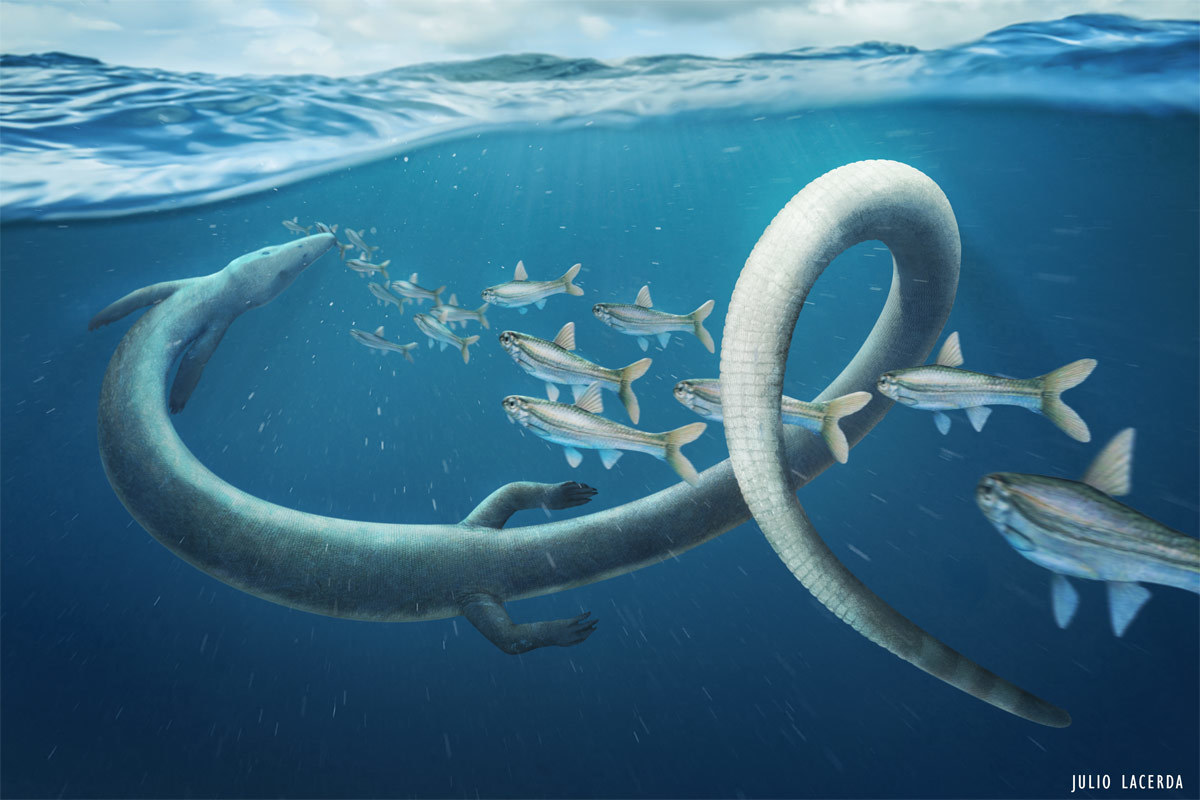 A pleurosaur swimming through the waters
Julio Lacerda

Unlike the well-developed legs and claws of the tuatara, Pleurosaurus had smaller limbs. Though the femur is still somewhat large, the pelvis and shoulder girdle are poorly developed. And in Pleurosaurus ginsburgi the forelimbs are so small as to almost be vestigial. There are no claws, and the fingers probably formed a flipper in life.

The kicker is really the skull. Unlike the blunt and short snout of the tuatara, Pleurosaurus has long, narrow jaws. The teeth are fused to the jaw bones as in most sphenodonts, but they are larger and even-sized. The “hook” at the end of the jaw is considerably smaller than in the tuatara, and in life the animal would have had a vaguely monitor-like profile.

These adaptations all suggest a fully aquatic fish-eater. With its long, eel-like body, Pleurosaurus probably wasn’t as fast as some other marine sauropsids such as ichthyosaurs, but it was capable of covering large distances in the open ocean. Notably, the forelimbs are shorter than the hindlimbs, a trait also shared by Mesozoic marine crocodylomorphs like Metriorhynchus. Being unable to move onto land, it probably gave birth to live young.

There are two known species of Pleurosaurus: Pleurosaurus ginsburgi and Pleurosaurus goldfussi. The former was somewhat more specialized than the latter, bearing shorter forelimbs among other features, but both lived at more or less the same time during the end of the Jurassic. They occur in various fossil sites in France and Germany, which were covered by tropical seas at that time. Pleurosaurus goldfussi in particular is found in the Solnhofen Limestone, where it is a fairly common species, not surprisingly as it was a lagoon environment.

The relationships between pleurosaurs and other sphenodonts are hotly debated. Some experts place them as “primitive” members of the group, while others consider them as close to the modern tuatara. A genus, Palaeopleurosaurus, is sometimes included as a pleurosaur, but it has most recently been considered closer to the tuatara.

Pleurosaurus was a short-lived genus, disappearing at the beginning of the Cretaceous. Numerous in the Jurassic, sphenodonts begin declining in the fossil record around this time. Explanations range from competition with lizards (and/or mammals) to climatic turnovers. Pleurosaurus, being rather specialized, probably disappeared due to the marine upheavals in this epoch, though the appearance of the ancestors of mosasaurs soon after is rather suspicious. A more recent marine sphenodont, Ankylosphenodon, is known from the Early Cretaceous of Mexico, but it was a very different animal, being a robust, strong-limbed herbivore, and probably not directly related.

Pleurosaurus, as such, stands as an example of how even the most well-known of the “non-dinosaur Mesozoic stars” are often more than they seem. An animal usually covered as a “water tuatara” is actually on of the most specialized members of its group, and a testament to how the living tuatara is just one of Sphenodontia’s many forms.