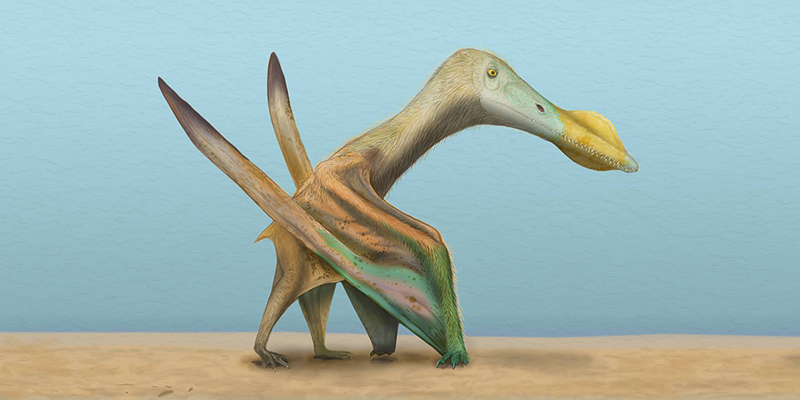 All Posts
Scientists have long speculated that pterosaurs, the first backboned animals to take flight, were able to cross the world's continents by air. Now, fossils of a pterosaur named Cimoliopterus offer definitive proof.

All pterosaurs were flying animals, and the largest ones, in theory, were able to cross the length and breadth of continents. They may even have flown across the rather small, newly-forming oceans of the Mesozoic. However, we now have a legitimate case for that rare transatlantic pterosaur. There have been a few rare occurrences but this is the first fossil of Cimoliopterus found outside of England. In general, Cimoliopterus is not known to the public, outside of the scientific community.

It is one of many toothed pterosaurs from the group Pteranodontoidea. They flew over the oceans like gigantic, narrow-winged albatrosses, picking fish from just off the water's surface and possibly diving for their food too. Most of the toothed pterosaurs lasted through the Early Cretaceous and went extinct when the period reached its middle during the global warming events of the Cretaceous Thermal Maximal roughly 90 million years ago. This was a mini-mass extinction brought on due to heightened volcanic activity around the world. Straight after, only the toothless ones were left to see the end of the Mesozoic.

The Early Cretaceous was almost like a heyday for all pterosaurs, with a wide variety of species living in numerous niches. Some of the best spots for pterosaurs during this period include Brazil and Eastern China, specifically Manchuria, where many types existed alongside one another. At this time the Atlantic Ocean was still a mere seaway, and still forming, opening up as the two former supercontinents of Gondwana (south) and Laurasia (north) split apart. This split allowed for different faunal populations be much more isolated than were earlier populations of animals and the north and south began to evolve their own distinct faunas. 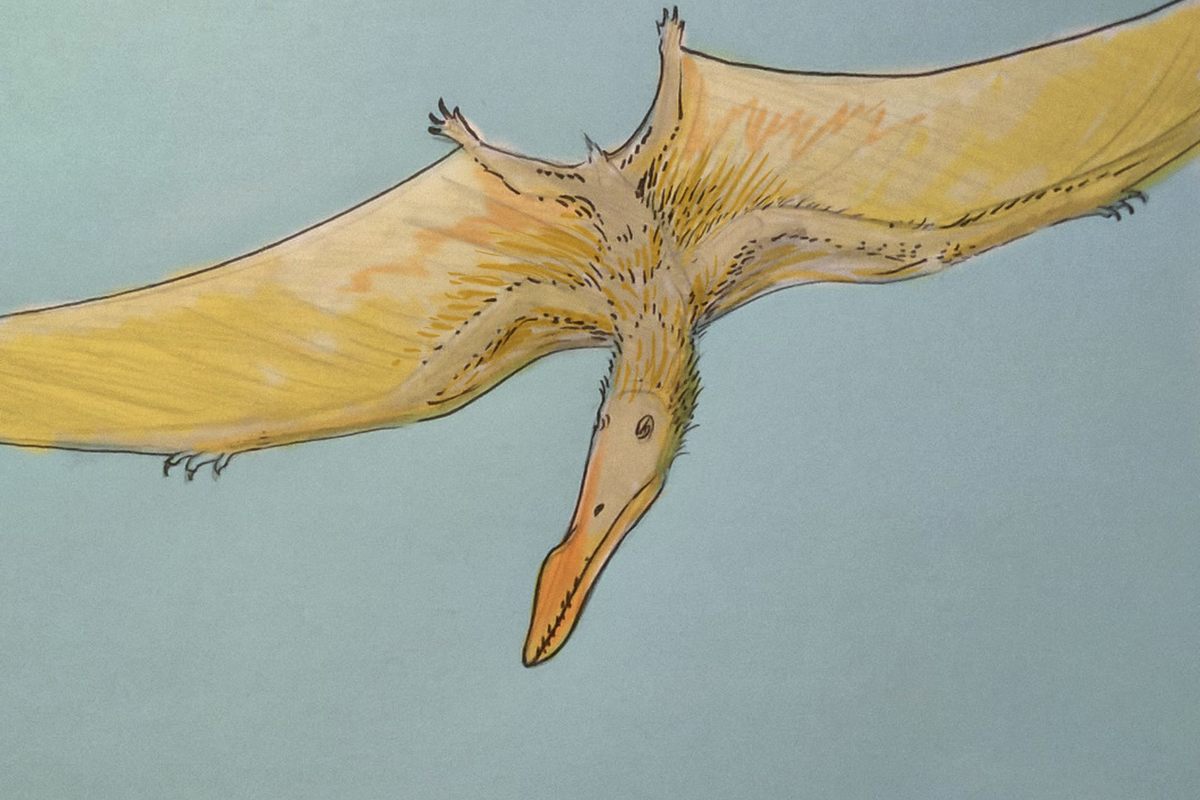 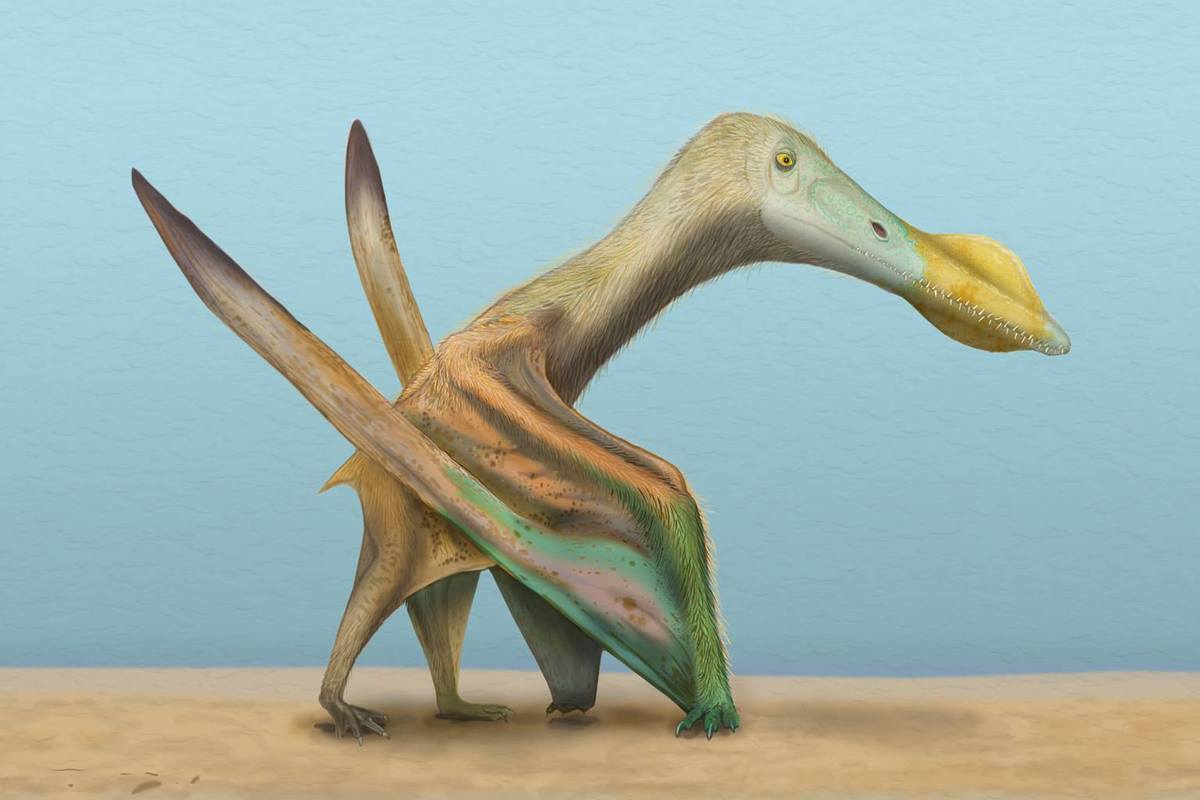 Cimoliopterus
Even on the ground, pterosaurs like Cimoliopterus were rather adept runners and walkers
Gareth Monger

Cimoliopterus itself hails from England's Chalk Group, a chalk formation that runs between 94 and 66 million years ago. Chalk is formed from limestone, and marine fossils preserve easily in limestone formations. This pterosaur was found in the 19th Century, and on the basis of a maxilla and a few other remains was named as Pterodactylus giganteus by Baron Georges Cuvier, the famous anatomist and paleontologist of the time.

It was also, rather unfortunately, lumped into the wastebasket taxon Ornithocheirus, a popular dumping ground for all big Cretaceous pterosaurs. Ornithocheirus has now been shredded. Finally one of these unfortunate genera was given its own identity, taking on the name of Cimoliopterus cuvieri. Cimoliopterus might not have been much by any standards, a medium-sized animal indistinguishible from its relatives. It probably had the trademark feature of a pair of bony crests at the tips of its jaws as well as teeth meant for plucking fish and squid from just below the water's surface. While these creatures were common elsewhere, North America's pterosaur record at the time is relatively poor in comparison. For much of the Cretaceous, the continent was split by tectonic forces, creating a shallow sea that engulfed large areas of it. This was the Western Interior Seaway, which stretched from the Arctic Ocean to the Gulf of Mexico.

Our new Cimoliopterus species is named C. dunni. It hails from the Eagle Ford Shale, a relatively well-known marine formation close to Dallas, Texas which preserves invertebrates like ammonites and crustaceans, and other organisms from the seaway. The species name derives from the late Brent Dunn, a member of Dallas Paleontological Society. He discovered the fossil elements two years ago. This part of the continent seems to be quite full of creatures from the earlier days of the Late Cretaceous, including non-avian dinosaurs from the time of the Thermal Maximal, and even ancestors of larger marine reptiles. North America's few toothed pterosaurs went extinct during the warming event, and for a few million years at least, toothless pterosaurs stalked overland or fished the waters of the Western Interior Sea.