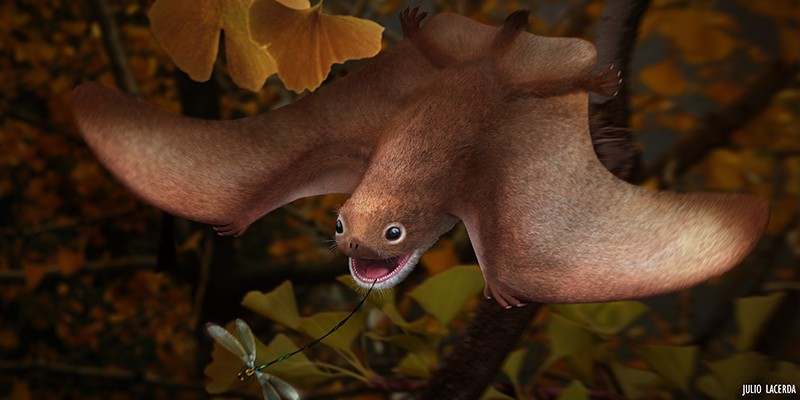 All Posts
Pterosaurs, or flying reptiles, came in all shapes and sizes. Some were as big as a single engine Cessna while some others were as small as sparrows. And one of the cutest of all flying reptiles was the big-eyed Anurognathus.

Not all pterosaurs were huge, majestic creatures of the air. Among the smallest and oddest of all flying reptiles was Anurognathus ammoni. It lived in Germany during the Late Jurassic, 149 million years ago. Fossils of this creature have been found in the Solnhofen Limestone Formation, a well-documented series of rock beds that preserve the remains of an island environment reminiscent of the modern Bahamas: low-lying islands separated by warm, shallow seas.

This island chain was dry and rocky with sparse vegetation and Anurognathus was one of many small animals that lived here. The holotype or first fossil remains were uncovered in 1922. The holotype specimen showed an animal that was 9 centimeters (3.5 inches) long and had a wingspan of merely 35 centimeters (14 inches). In 2008, pterosaur specialist Mark Witton estimated the animal’s weight at a mere 40 grams (1.4 ounces). This makes it one of the smallest pterosaurs ever discovered.

Bavarian geologist Ludwig von Ammon had the fossil in his collection in 1922 until it was named the following year. The scientific name Anurognathus ammoni translates to "Ammon's tailless jaw" referencing the absence of a long tail in the fossil. Until then, all short-tailed pterosaurs had been found with long hand bones, long necks, and very long skulls. Anurognathus’ contemporaries Pterodactylus and Rhamphorhynchus, both fish-eaters, are prime examples of more traditional pterosaur morphs. Rhamphorhynchus had a long tail, but like Anurognathus retained short hands and a short neck. Meanwhile, Pterodactylus had a short tail like Anurognathus, but its neck and hands were longer. 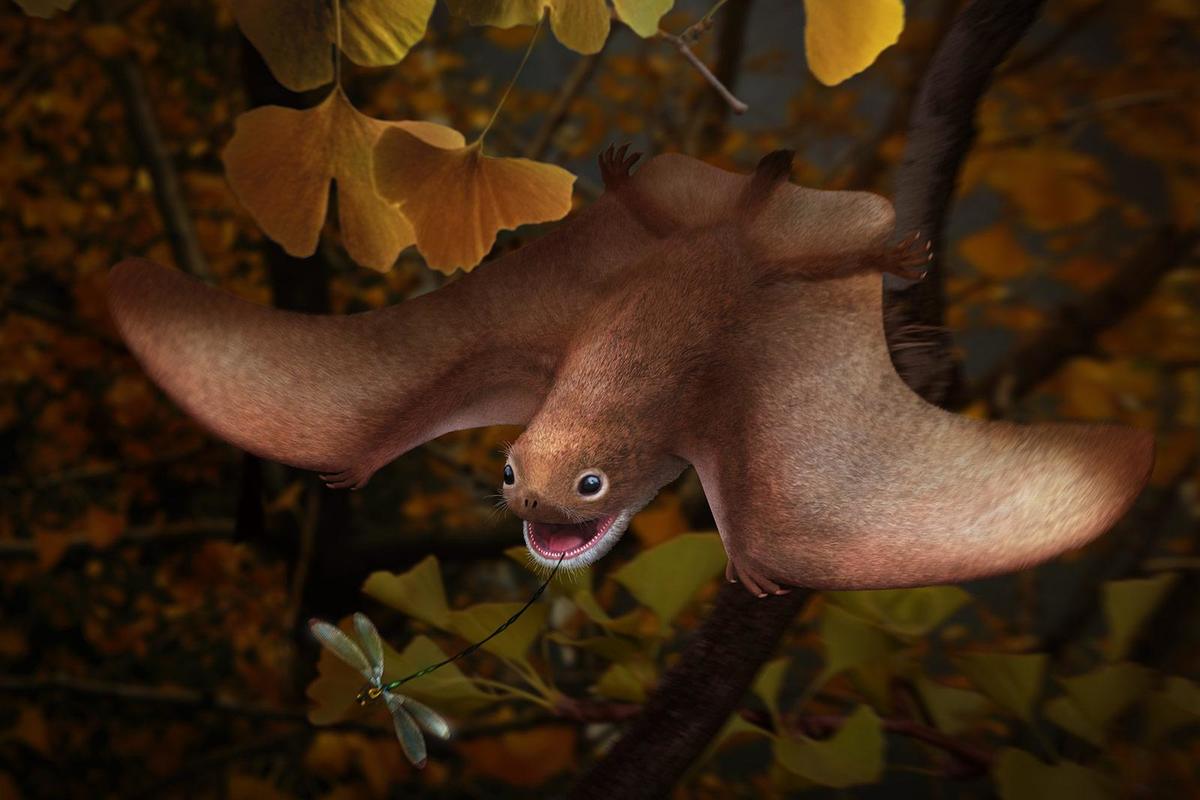 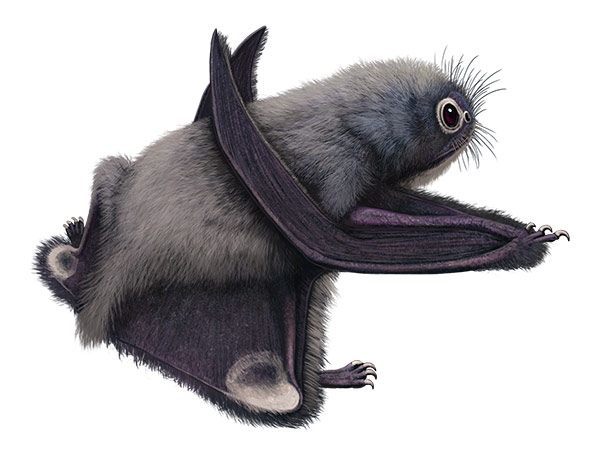 Anurognathus, from pteros.com, The Encyclopedia of Pterosaurs
Credit: Andrey Atuchin

Anurognathus was an entirely new kind of pterosaur. Not only did it have unusual body proportions, it had a short rounded skull, giant eyes, and narrow wings. Its describer, Ludwig Doerderlein, thought that the tail was akin to the tailbones of a bird. Despite its lack of a tail and general oddness, the animal was a member of the long-tailed pterosaur group. The lack of a tail is thought to have been independently aquired in Anurognathus and its kin, the anurognathids.

Anurognathus’ lifestyle was similar to flying insect hunters like bats, nightjars, swifts, swallows, and martins. The wing-shape of Anurognathus compares quite favorably with the living acrobatic insect-hunting swifts, swallows, and martins. Its huge eyes were perfect for seeing in lower light conditions and it had a wide gape for snatching insects on the wing. In 2007 paleontologist Chris Bennett described a tiny juvenile specimen of Anurognathus. He found this specimen, as well as the original adult specimen, preserved little bumps around its jaw. These bumps were the roots of whiskers and bristles, possibly used to sense for prey at night. This is convergent with nightjars, nighthawks, and whip-poor-wills, closely related insect-hunting birds with whisker-like feathers projecting from the sides of their bills. Studies of anurognathids showed that their wing membranes were covered with furry filaments or pycnofibers. While these furry filaments covered every pterosaur, anurognathids were particularly fuzzy. This may have helped silence their wingbeats, a strategy that owls use while hunting.

All of that may have helped Anurognathus remain invisible to its prey. As well as attempting to cloak itself to prey, Anurognathus may have employed strategies to make itself invisible to predators. In the juvenile specimen of Anurognathus described by Bennett in 2007, the wings were folded up against its body, a common pose in anurognathid fossils. Bennett surmised that by flattening itself against a branch or another solid surface Anurognathus and its relatives could remain hidden from their predators.

Anurognathids are rare fossils, but appear to have been present in many terrestrial or near-terrestrial environments with exceptional fossil preservation, known as lagerstätten.  Their rarity in other depositional environments may be due to their small body size and delicate nature. The exceptional preservation of the Solnhofen Limestone helps give paleontologists a glimpse of what may have actually been a common sight throughout the Jurassic and Cretaceous: tiny acrobatic insect-hunting pterosaurs.

Witton, M.P. (2008) "A new approach to determining pterosaur body mass and its implications for pterosaur flight". Zitteliania B28: 143-159