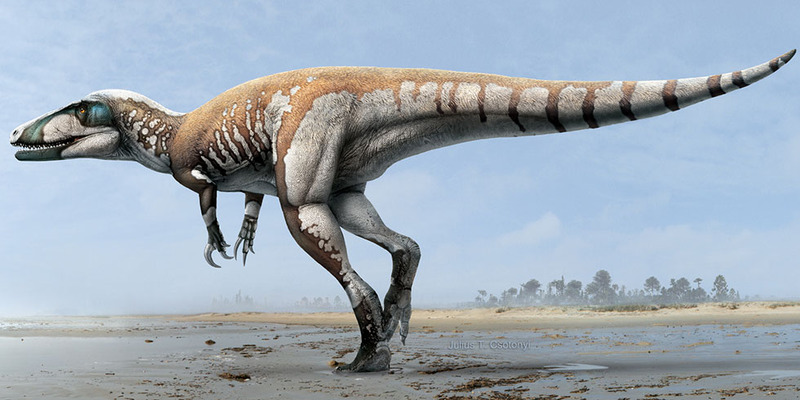 All Posts
Paleontologists have discovered the largest known carnivorous dinosaur ever found in Australia. “Lightning Claw,” as it has come to be known, had large, grappling hook-like claws that it used to ensnare its prey.

Opal miners in the town of Lightning Ridge, Australia, found a potentially new species of theropod dinosaur with abnormally long claws. Aside from a large claw, parts of the arm, ribs, hips, foot, and many other fragments were found. Although the specimen has yet to be officially named, it has come to be known informally as “Lightning Claw,” a nod to where it was found and because it possessed two characteristic hypertrophied claws used for hunting prey.

Lightning Claw is estimated at 7 meters (23 feet) long, larger than the former largest carnivorous dinosaur found in Australia, Australovenator, which was thought to be around 5 meters (16 feet) long. Lightning Claw and Australovenator are both megaraptorids, part of a rare group of predators that possess large hand claws. They are also the only known megaraptorid fossils to be found outside of South America.

Lightning Claw was a large predator that lived on the southern supercontinent Gondwana during the early Cretaceous ( around 110 million years ago), making it the oldest known megaraptorid. During this time, it likely roamed in search of prey that it subdued with its “grappling hooks”. The claws were likely used as its main weapon because Lightning Claw likely didn’t have robust and powerful jaws like those of the famous Tyrannosaurus rex.

The fossil was first found in the 1990s and was not originally recognized as a fossil because that has been largely replaced by blue opal over time. It was likely more complete when it was first dug up, but unfortunately most of the other parts of the skeleton, if there were any, have since been lost. In 2005, the fossil was obtained by Rob and Debbie Brogan who then donated it to the Australian Opal Centre (AOC) which is in the process of building a collection of opalized fossils.

This is the first specimen of such a large dinosaur that has been preserved so well and in such great detail in Australia. Trace fossils such as footprints have been found suggesting that large dinosaurs once roamed in what is now Lightning Ridge. This find helps reinforce that notion.


Related Stories
Dinosaurs down under
Triceratops relative Wendiceratops is all frills all the time
Triceratops and its toothy bite
Grandfather of Brontosaurus found in South Africa
Meet Yi qi, the dinosaur with bat-like wings and feathers
//sulc.us/n68gj
/articles/new-dinosaur-is-australia-s-largest-carnivore/