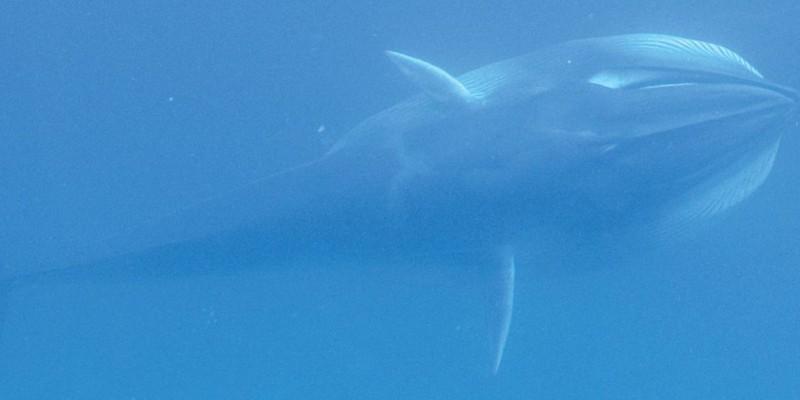 All Posts
It wasn’t until 2003 that Japanese scientists officially named Omura’s whale on the basis of nine carcasses hauled in by ships. No one had ever seen a live Omura’s whale in the wild – that is, until recently.

Prior to being described in the journal Nature in 2003, Omura’s whale was thought to be a small version of the wide-ranging and ubiquitous Bryde’s whale. After analyzing the bodies of nine whales and sequencing their mitochondrial DNA, researchers discovered that this was no miniature Bryde’s whale at all. These carcasses constituted a brand new whale species and they named it Balaenoptera omurai after Japanese whale researcher Hideo Omura. But confirmed sightings of the whale in the wild had not yet been made.

After many reported sightings of Omura’s whale in the wild it wasn’t until October 2015 when researchers fully confirmed an encounter. An international team of scientists from the New England Aquarium and the Woods Hole Oceanographic Institute had for a few years studied a group of Omura’s whales off the coast of Madagascar. They released both their field observations and images to the public.

Omura’s whale is a species of rorqual, a type of whale characterized by lengthwise folds of skin under their mouth that generally go all the way to their navels. These folds allow the mouth to expand greatly when feeding, so that the rorqual can take in huge amounts of food in a single gulp. Based on DNA analysis, the closest living relative of Omura’s whale is very likely another rorqual – the largest animal that has ever lived – the blue whale.