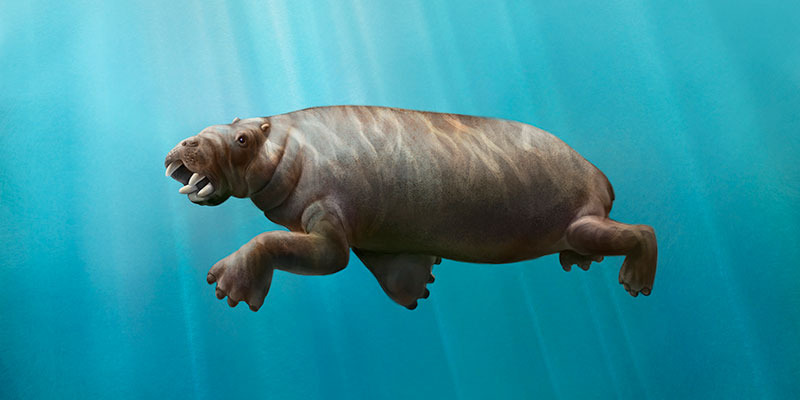 All Posts
The identification of a new species belonging to the marine mammal group Desmostylia has intensified the rare animal's brief mysterious journey through prehistoric time, finds a new study.

A big, hippo-sized animal with a long snout and tusks—the new species, 23 million years old, has a unique tooth and jaw structure that indicates it was not only a vegetarian, but literally sucked vegetation from shorelines like a vacuum cleaner, said vertebrate paleontologist and study co-author Louis L. Jacobs, Southern Methodist University, Dallas.

But unlike other marine mammals alive today—such as whales, seals and sea cows—desmostylians went totally extinct. Desmostylians, every single species combined, lived in an interval between 33 million and 10 million years ago.

Their strange columnar teeth and odd style of eating don't occur in any other mammal, The new specimens—from at least four individuals—were recovered from Unalaska, an Aleutian island in the North Pacific. 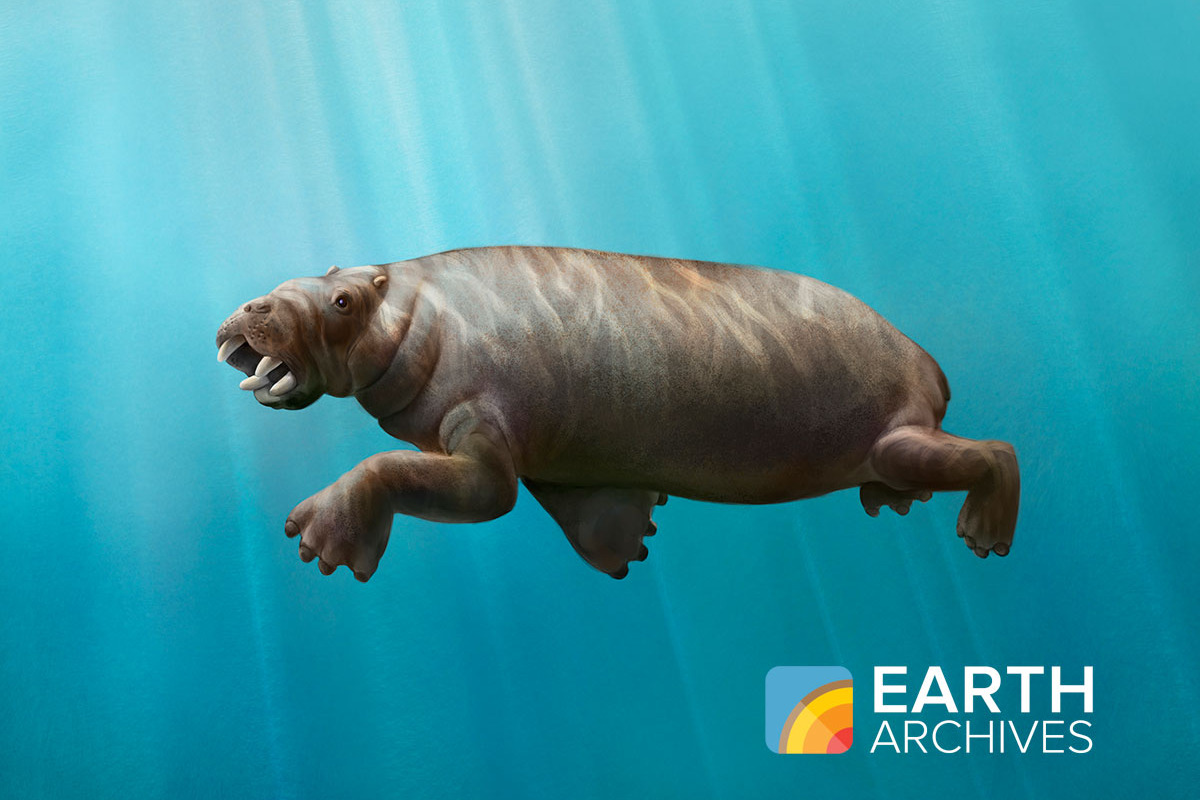 "The new animal—when compared to one of a different species from Japan—made us realize that desmos do not chew like any other animal," said Jacobs, a professor of earth sciences. "They clench their teeth, root up plants and suck them in."

To eat, the animals buttressed their lower jaw with their teeth against the upper jaw, and used the powerful muscles that attached there, along with the shape of the roof of their mouth, to suction-feed vegetation from coastal bottoms. Big muscles in the neck would help to power their tusks, and big muscles in the throat would help with suction.

"No other mammal eats like that," Jacobs said. "The enamel rings on the teeth show wear and polish, but they don't reveal consistent patterns related to habitual chewing motions."

The new specimens also represent a new genus—meaning desmostylians in the same family diverged from one another in key physical characteristics, particularly the tooth and jaw structure, said Jacobs, who is one of 10 scientists collaborating on the research.

Discovery of a new genus and species indicates the desmostylian group was larger and more diverse than previously known, said paleontologist and co-author Anthony Fiorillo, vice president of research and collections and chief curator at the Perot Museum of Nature and Science, Dallas, and an adjunct research professor at SMU.

"Our new study shows that though this group of strange and extinct mammals was short-lived, it was a successful group with greater biodiversity than had been previously realized," said Fiorillo.

A large, stocky-limbed mammal, desmos' modern relatives remain a mystery. They've been linked previously to manatees, horses and elephants. Compared to other mammals, desmos were latecomers and didn't appear on earth until fairly recently—33 million years ago. Also unusual for mammals, they survived a mere 23 million years, dying out 10 million years ago.

Unlike whales and seals, but like manatees, desmos were vegetarians. They rooted around coastlines, ripping up vegetation, such as marine algae, sea grass and other near-shore plants.

They probably swam like polar bears, using their strong front limbs to power along, Jacobs said. They walked on land a bit, lumbering like a sloth.

Adult desmostylians were large enough to be relatively safe from predators.

The authors report their discoveries in a special volume of the international paleobiology journal, Historical Biology. The research was funded by the Perot Museum of Nature and Science, U.S. National Park Service—Alaska Region Office, and SMU's Institute for the Study of Earth and Man.

The newest desmo made its home on Unalaska Island, the farthest north of any occurrence of the group, which only lived along the shores of the North Pacific.

"That's the only place they're known in the world—from Baja, California, up along the west coast of North America, around the Alaska Peninsula, the storm-battered Aleutian Islands, to Russia's Kamchatka Peninsula and Sakhalin Island, to the Japanese islands," Jacobs said.

The Unalaska fossils represent at least four individuals, and one is a baby. "The baby tells us they had a breeding population up there," Jacobs said. "They must have stayed in sheltered areas to protect the young from surf and currents."

In addition, "the baby also tells us that this area along the Alaska coast was biologically productive enough to make it a good place for raising a family," said Fiorillo.

Just as cattle assemble in a herd, and a group of fish is a school, multiple desmostylians constitute a "troll"—a designation selected by Jacobs to honor Alaskan Ray Troll, the artist who has depicted desmos most.

To make the Unalaska and Japanese specimens readily available to scientists anywhere in the world, each fossil was modeled as a 3-D image to reconstruct the skull and provide interactive animations of the fossils, said Michael J. Polcyn, research associate and director of SMU's Digital Earth Sciences Laboratory.

The first Unalaska fossils were discovered in the 1950s in a rock quarry during U.S. Geological Survey mapping. Others found more recently were on display at the Ounalashka Corporation headquarters. Those specimens were offered to Fiorillo and Jacobs for study after Fiorillo gave a public presentation to the community on his work in Alaska.

"The fruits of that lecture were that it started the networking with the community, which in turn led us to a small, but very important collection of fossils that had been unearthed in the town when they built a school a few years earlier," Fiorillo said. "The fossils were shipped to the Perot Museum of Nature and Science for preparation in our lab and those fossils are the basis for our work now."

From there, the researchers discovered that the fossils were a new genus and species. The researchers named the new mammal Ounalashkastylus tomidai. "Ounalashka," means "near the peninsula" in the Aleut language of the indigenous people of the Aleutian Islands. "Stylus" is from the Latin for "column" and refers to the shape of cusps in the teeth. "Tomida" honors distinguished Japanese vertebrate paleontologist Yukimitsu Tomida.

The article appears in a special volume of Historical Biology to honor the career accomplishments of Tomida upon his retirement from the Department of Geology and Paleontology in Tokyo's National Museum of Nature and Science.