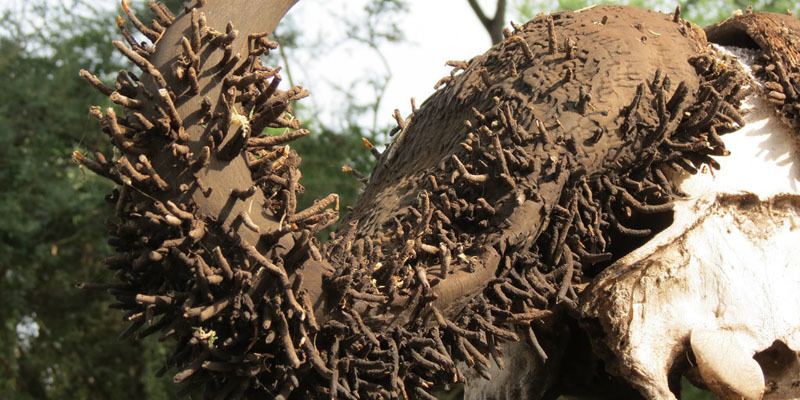 Meet the moth with a taste for tortoise

All Posts
While clothing moths are well known for their unusual diets, one subgroup takes fussy eating to the next level – living solely on a diet of animal horns, nails, and shells.

Tineid moths, commonly known as fungus moths or clothing moths, are a family of 3,000 species of small, drab looking insects. The caterpillars of these moths are known for their unusual diets, typically consisting of fungus and detritus. Many of them feed on keratin, a protein found in hair, fingernails, and other durable natural materials. With the protein typically being tough to chew and hard to obtain nutrients from, few creatures intentionally digest keratin as a substantial part of their diets. Despite this, clothing moth caterpillars consume keratin when they are found on woolen clothing, causing them to be a minor pest. Even among these picky eaters, only one genus of these clothing moths feeds solely on dry, hardened keratin: the genus Ceratophaga.

The majority of the 16 described species of these moths are distributed within Africa and Asia, where they are found feeding on the hooves and horns of dead ungulates. One species however has flown farther afield, and is endemic to southern Florida. While it is not yet known how they arrived in North America, it is known that this species is unique in that its diet has changed from the keratin of large mammals to the keratin of reptiles. In particular, the gopher tortoise moth (Ceratophaga vicinella) feeds on the keratin-rich shells of the gopher tortoise (Gopherus polyphemus), a vulnerable and ecologically valuable species.

Deyrup et al. described the life cycle of the gopher tortoise moth in 2005. The larvae only feed on tortoises that have died on sandy surfaces, constructing burrows out of silk that connect the sand to the tortoise shells. These tubes protect the caterpillars from drying out and predation. The silk tube is covered in a layer of feces and sand, providing further protection. Within these tubes the caterpillars chew away at the keratin scutes, feeding on the shell all the way until pupating and becoming an adult moth. As with their eastern relatives, the gopher tortoise moth tubes appear on shells en masse, leaving the tubes behind as signs of their presence. 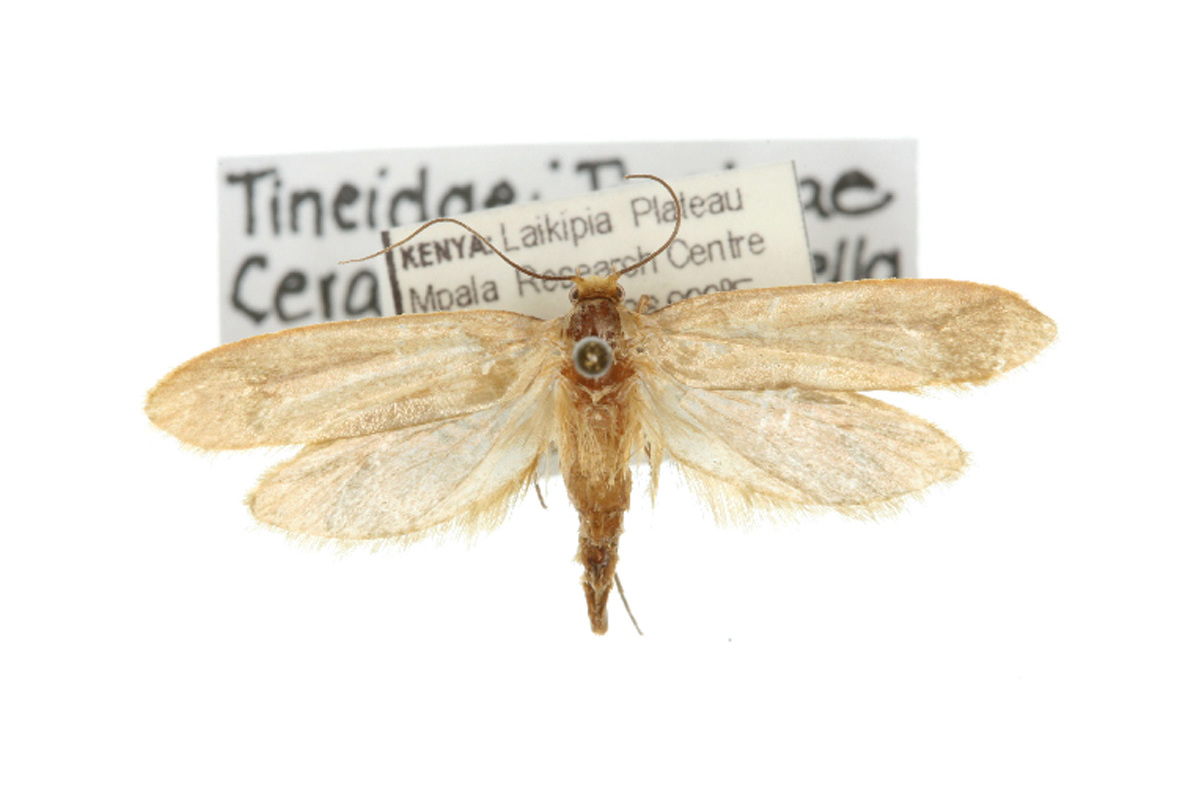 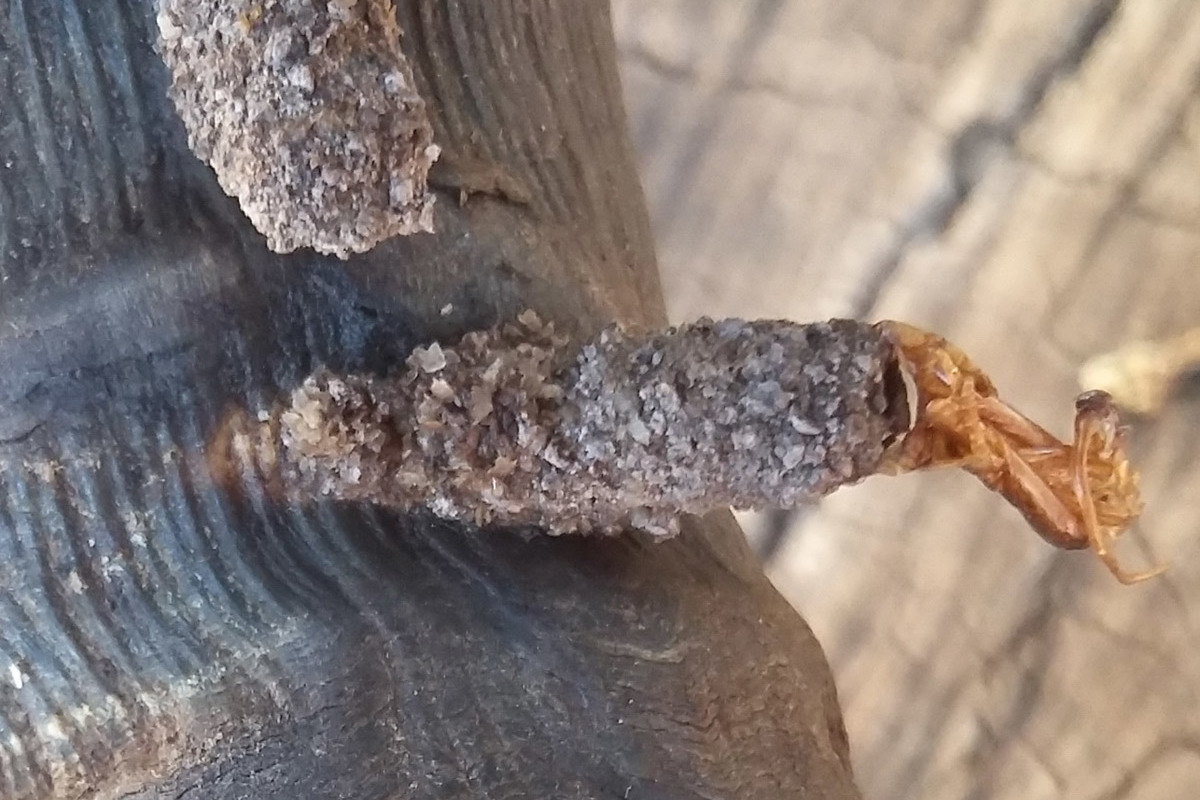 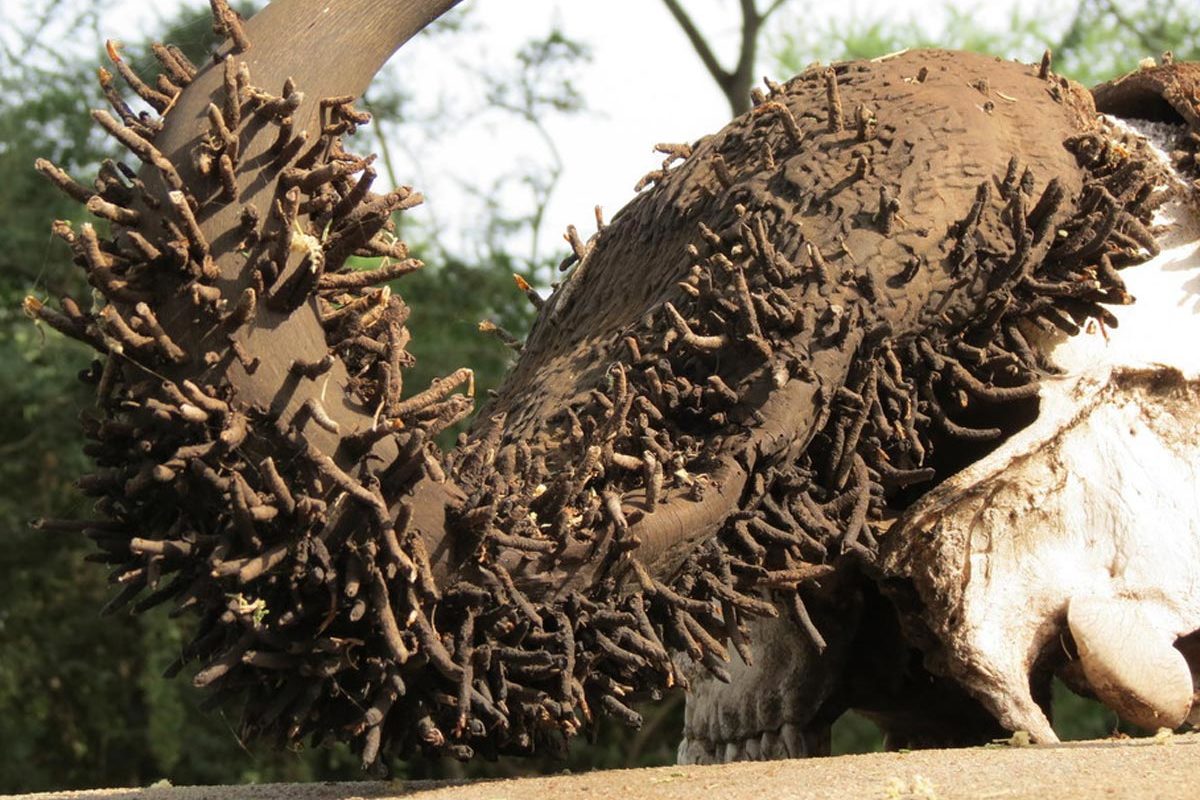 Despite popular belief, many adult clothing moths – ceratophagus moths included – do not eat keratin like their caterpillars. This is because many adult moths do not have mouthparts when they emerge from pupation.

While the diet and occurrence of these moths may seem strange at first, ceratophagus moths are an important part of the ecosystems they inhabit. With keratin being such a tough protein to break down, it is important that these organisms continue to digest the keratin and help dead organisms return their nutrients to the ecosystem.