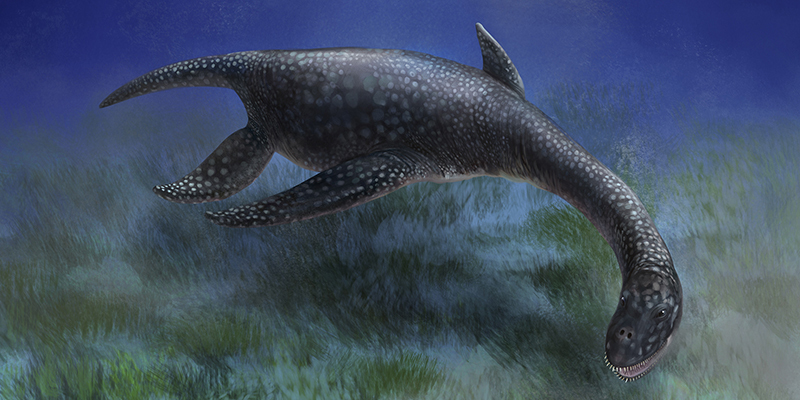 All Posts
For the first time ever, paleontologists have found evidence for a filter-feeding marine reptile. The animal, a plesiosaur, is hardly a new find but one that has been sitting right under our noses for quite a while.

The group of marine reptiles called plesiosaurs were first uncovered from the rocks of Southern England, in the Oxford and Kimmeridge Clay Formations of the Jurassic, but have now been found pretty much throughout the world and from every part of the Mesozoic Era. First identified as “snakes threaded through turtle bodies”, we now know that this iconic design was not as homogenous as first imagined. The plesiosaurs were a very successful group, with their beginnings in the Triassic around 230 million years ago. Their time ended when the Mesozoic came to a crashing halt around 66 million years ago. But certain people maintain that they inhabit inland lakes today, even if said lakes have no connection to the ocean.

The plesiosaurs themselves were among the largest and most successful marine reptiles of all time, only surpassed by a few giant ichthyosaurs. There were those that were whale-like and dealt death with a pair of massive, bone-crushing jaws. These giants dominated the seas of the Jurassic, going extinct halfway through the Cretaceous. Then there were long-necked generalists and speedy dolphin-like pursuit predators. Most of these long-necked animals have been described as fish-trappers with their interlocking teeth and the wide gape of their jaws, even if they were not able to curve their necks out of the water like a classical marine monster.

Now though, a plesiosaur from the Late Cretaceous of Seymour Island, Antarctica is proving that some had incredible specializations and were certainly not run-of-the-mill members of their group. The animal in question is an elasmosaur, one of the plesiosaurs with the famously long, serpentine necks, and is called Morturneria. Morturneria is actually one of a small number of these animals from the Southern Hemisphere, and was not as long-necked as its distant cousins. Morturneria was not one the great snake-necked giants of its family, being of moderately large size for a plesiosaur at around 8 meters. 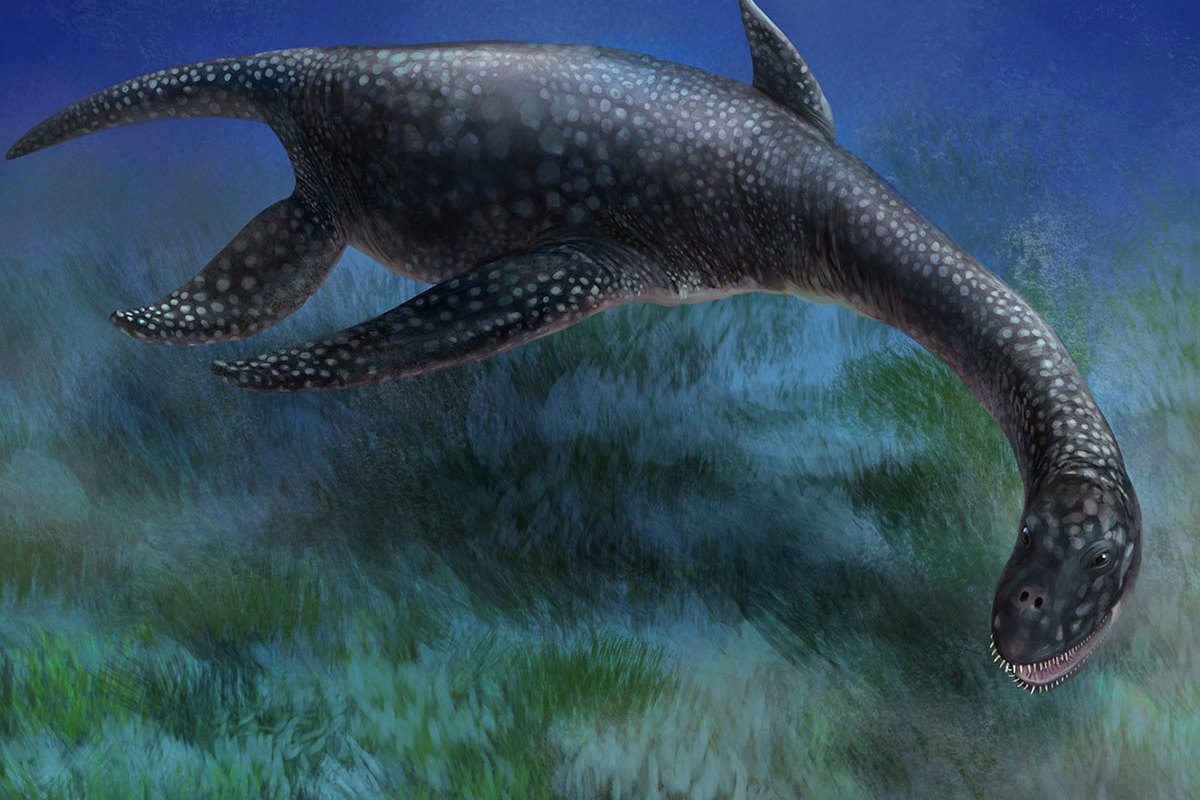 Mortuneria
The plesiosaur with a sieve for a mouth
Lucas Lima

When Mortuneria was living, Antarctica was part of the massive southern supercontinent of Gondwana, but it was drifting further south at the time. It was not an icy desert yet but must have been forested and temperate with a distinct winter. Morturneria is one of the very youngest plesiosaurs, dating to 66 million years ago, to the very end of the age of dinosaurs.

Morturneria has been turning heads for many years since its naming by Bryan Small and Sankar Chatterjee in 1989. It belonged to a special group of elasmosaurs, the aristonectines. The group is named for the genus Aristonectes, which may be a synonym of the remarkably similar Morturneria. Certainly, it was not the only one of its kind to have evolved. Its family stretches back through the Jurassic of Europe, to England’s Kimmeridge Clay itself.

In spite of everything else, it still did have the typical plesiosaur features, a testament to their adaptability and overall staying power. These animals did have the long neck, four flippers and small, robust body that all their relatives had but Morturneria especially is known for its ‘hoopy jaws’. Its describers thought that its short, non-interlocking teeth were for trapping especially small prey and then left it at that for a number of years. More recently Robin O’ Keefe from Marshall University has been working on redescribing this unique animal. According to the newest findings Morturneria had tiny, needle-like teeth that stuck outwards from the jaw, and the jaw itself was wide but very thin. So thin in fact that they might have shattered on impact with large, struggling prey items like fish and squid.

Today’s baleen whales feed in cold water, while they breed in warm seas. Morturneria was possibly a cold water animal by all counts, and these waters normally have more dissolved nutrients and plankton than warmer regions. Also, baleen whales are filter feeders. They have a gular pouch, and once they swallow large amounts of water, their oesophagus and pouch force the water out while small animals like krill and copepods are trapped among the baleen plates. Or in this case, among the thin teeth of Morturneria. This image of the animal shows us a majestic, whale-like creature, actively hunting massive shoals of these tiny crustaceans, filtering them like a modern rorqual, like a humpback, fin or blue whale. It may have had the classically slender, muscular frame of a fast-swimming rorqual.

Alternately, as O’ Keefe speculates, the plesiosaur might have sifted through fine sand instead, trapping tiny animals hiding in the sediment like a grey whale today. Perhaps we should imagine a blubbery, thickset, slow-moving plesiosaur with a ridiculously wide mouth and barnacles encrusting its skin. It might have moved at a leisurely pace, slaughtering thousands of minute worms and other hidden invertebrates as it swam along in a more passive method. In fact there seem to have been no blue whale-like filter feeders among the aristonectines. Instead it seems like massive fish took the place of the pelagic giants, using their gill rakers to filter plankton from the water.