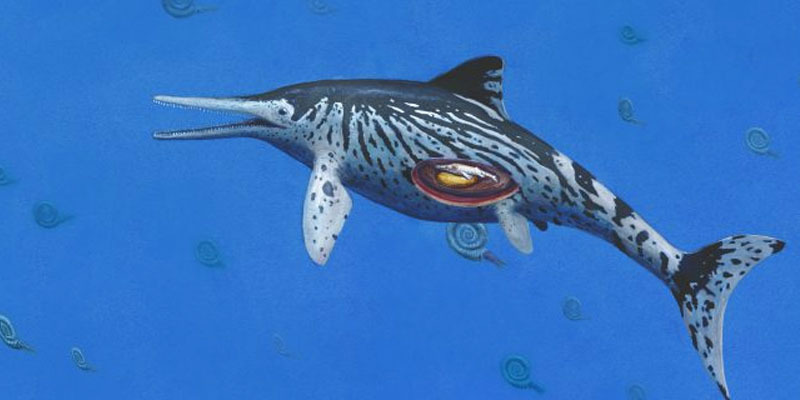 over 3 years ago by Franz Anthony

All Posts
Ichthyosaurs, meaning ‘fish lizards’, are a bizarre group of ancient marine reptiles that went extinct around 90 million years ago. They looked suspiciously similar to dolphins, but are only very, very distantly related to the modern mammals. They captivated the attention of scientists and the public alike due to numerous discoveries by Victorian palaeontologist, Mary Anning, who collected dozens of skeletons from the Dorset coast in the UK.

This article by Jon Tennant is reprinted from PLOS ONE Paleontology.

Now, researchers have described the largest known Ichthyosaurus on record, measuring a whopping 3-3.5m in length. Ichthyosaurus was one of the more common and well-known ichthyosaurs, with thousands of fossils known from the UK. But Ichthyosaurus was still a small fry compared to some such as Shonisaurus which could grow to around 20 metres in length!

The specimen has actually been known for more almost 30 years, discovered in the 1990s by professional fossil collector, Peter Langham, at Doniford Bay on the Somerset coast in the UK. In 2007, it made its way to the collections of the Lower Saxony State Museum in Hannover, Germany, where it came under scrutiny from local palaeontologist Sven Sachs. 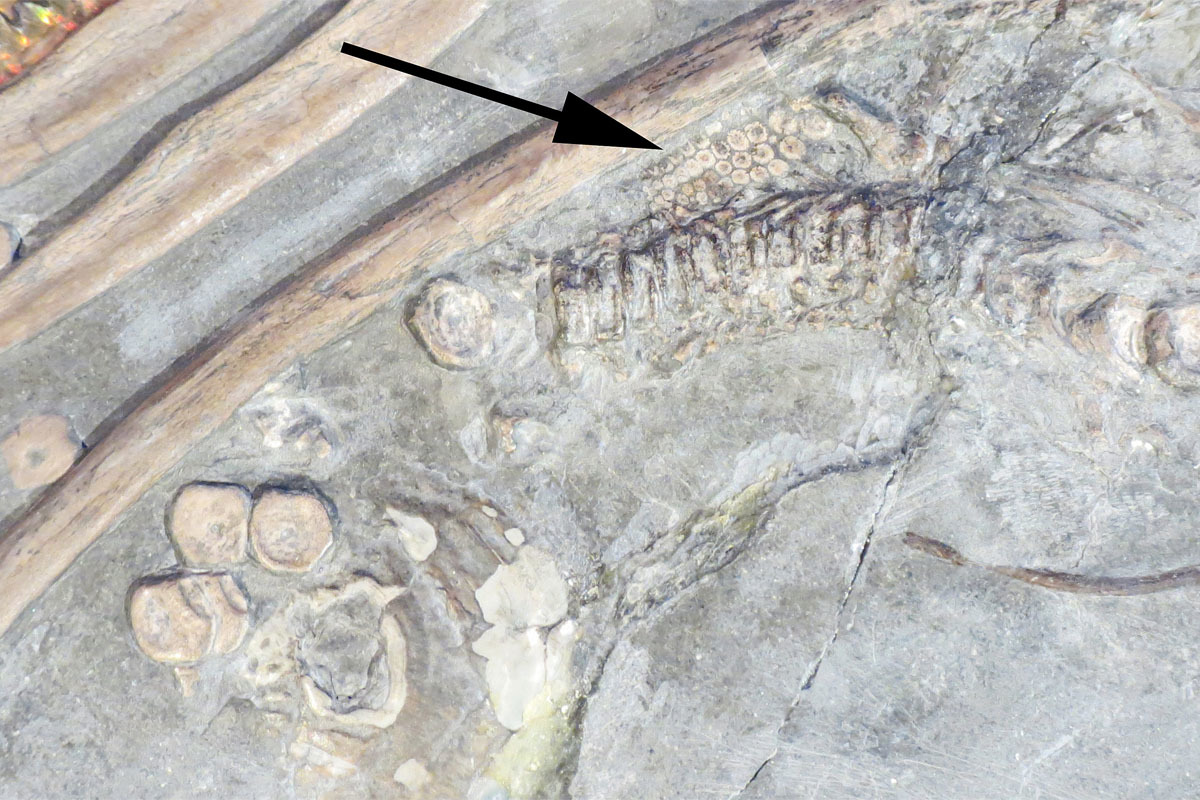 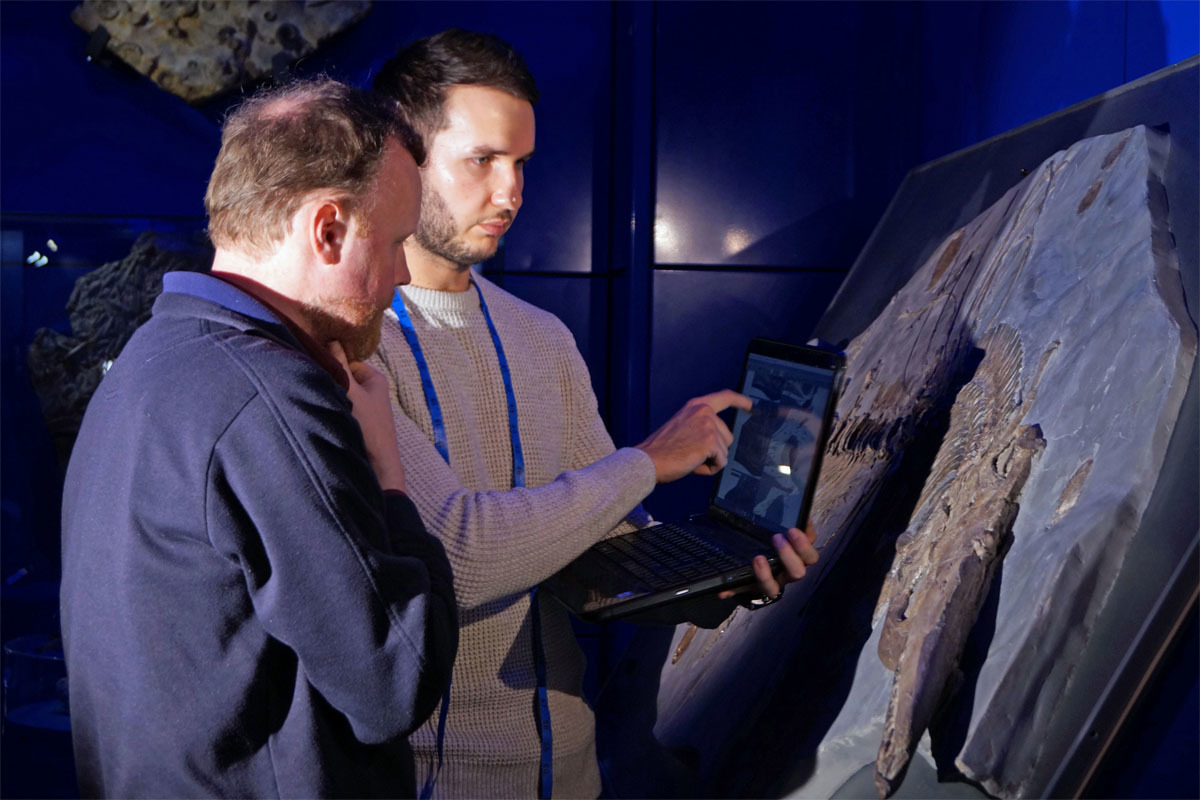 Sachs, of Bielefeld Natural History Museum in Germany, first saw the specimen back in August 2016 while on a routine research visit. Noticing that this was not your ordinary ichthyosaur specimen, Sachs contacted Dean Lomax, a palaeontologist and ichthyosaur expert from the University of Manchester in the UK. Together, they studied the specimen closely, identifying it as a species called Ichthyosaurus somersetensis, which Lomax had only newly identified and named earlier this year.

The researchers identified the skeleton as belonging to an adult female. How? Well, the animal was pregnant at the time! Encased for more than 200 million years in stone, the researchers discovered the delicately fossilised remains of an ichthyosaur embryo inside the ribcage of the adult.

According to Lomax, this is only the third known fossil of an Ichthyosaurus with an embryo, making it a rare and special discovery.

“With over a thousand Ichthyosaurus specimens known it is surprising that this (the largest) has gone unnoticed for such a long time,” said Lomax. “When I heard of this specimen I instantly arranged to visit and study it! As it is the biggest known, it will help in understanding how these ichthyosaurs developed and changed over time.”

The embryo fossil itself is contained within the fossil of the mother, and is therefore the first which can be confidently assigned to a particular species of ichthyosaur. It is only partially complete, preserving some of the 6-7cm long vertebral column, a tiny fore-fin with a spongy texture, characteristic of immature skeletons, as well as several ribs and other bones.

Does this mean Ichthyosaurus gave birth just to one individual at a time? Or was this just an unlucky individual who died before giving birth to its final offspring? Only with more specimens and research will these questions be answered!