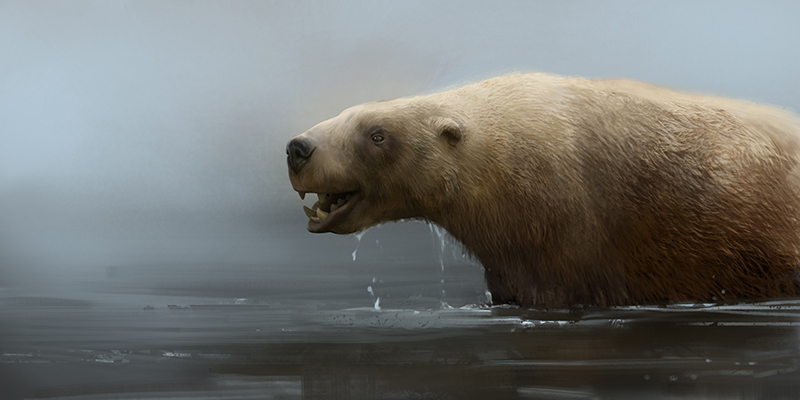 Killer bite of the otter-bear

All Posts
One of the most unusual marine mammals of all time was Kolponomos, the “otter-bear”. Details of this enigmatic animal have remained quite a mystery for many years since its discovery. Now, scientists have finally figured out the secret behind the otter-bear’s deadly bite, and just how it managed to survive.

Fossils of the aberrant early bear Kolponomos first surfaced in parts of the Olympic Peninsula and all along the Pacific coast of North America. The bones were named by Ruben A. Stirton in 1960, and he thought it to be some kind of raccoon before realizing that it was something else entirely. More remains started to emerge subsequently from Oregon, Washington and other areas. Soon, a better picture of the creature came to light, an animal that seemed to defy classification on all counts. There is no complete skeleton so all that is known about it must be gleaned from parts of skulls, jaws, neck and foot bones. It was a bear with the habits of a sea otter, a coastal creature that dealt with hard-shelled invertebrate prey. Recent studies from the American Museum of Natural History also show that it bit into and dispatched its prey just like a saber-toothed cat. This new development was brought to light by scientists including Camille Grohe, a National Science Foundation and Frick Postdoctoral Fellow in the American Museum of Natural History's Division of Paleontology.

One of Grohe’s collaborators, Z. Jack Tseng, elaborated that the famous saber-tooth Smilodon was probably the least expected analogue to Kolponomos. Grohe, Tseng and their team had included a number of other predators in the study, like sea otters, grey wolves, river otters, brown bears and leopards. Oddly enough though, it seemed to fit. Both the bear and the cat used a similar system of lower jaw-swings to deliver the killing bite. The shear-bite hypothesis is one that has been tested for these cats many times, and involves the lower jaw teeth being anchored in place on a struggling victim before the sabers could come in and close the deal. On their own, the jaws and sabers of Smilodon were relatively weak, so it was an incredibly powerful and muscular neck doing all the action. Just like the cat, Kolponomos would have used its lower jaw to help pry shellfish off rocks, with its neck backing up the jaw to provide more power. Once in the mouth, it would be the task of the molars to crush the shells of whatever was caught. Thus the so-called “otter-bear” combined the killing techniques of both sea otters and Smilodon in one strange package. 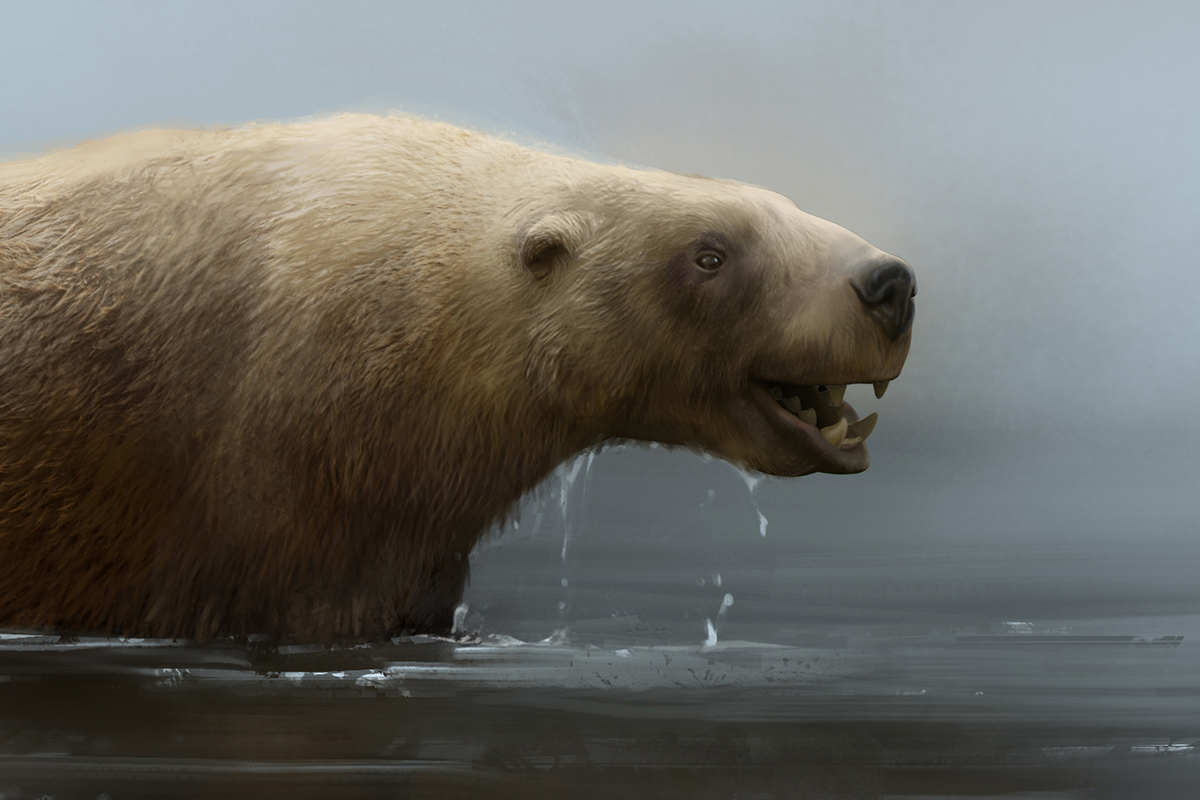 Kolponomos in the water
Kolponomos, the "otter-bear", lifts its head out of the water to get a whiff of its surroundings
Lucas Lima and Earth Archives