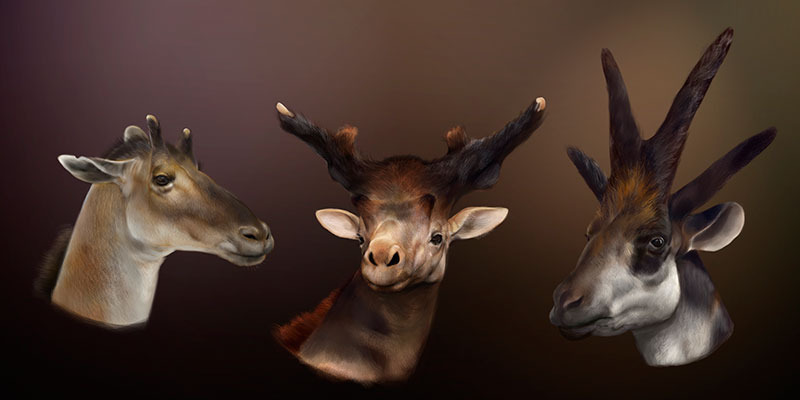 How the giraffe got its long neck

All Posts
The giraffe’s long neck must have evolved from a short-necked ancestor. For the first time ever, scientists have used fossil evidence to explain this transformation.

Way back in the year 1800, before Charles Darwin was even born, a man by the name of Jean-Baptiste Lamarck laid out the first full theory of evolution. Like Darwin, Lamarck believed that the environment changes animals. But unlike Darwin, Lamarck believed that traits could be passed down to offspring by parents that acquired characteristics in life. The giraffe’s neck was the most famous example of Lamarckian evolution. It stretched its neck ever so higher to get at leaves, so the story goes, and passed this newly elongated neck to its offspring. Now we know this is not how new characteristics are acquired, but we never knew exactly how the giraffe evolved a long neck. Until now.

Many long-necked animals like dinosaurs have achieved great heights by adding extra vertebrae to the neck. But if the giraffe has the same number of neck vertebrae as humans – seven – how in the world did its neck get so long?

To answer this question, researchers at the New York Institute of Technology College of Osteopathic Medicine studied 71 fossils of nine extinct and two living species in the giraffe family. Their results are published in Royal Society Open Science. 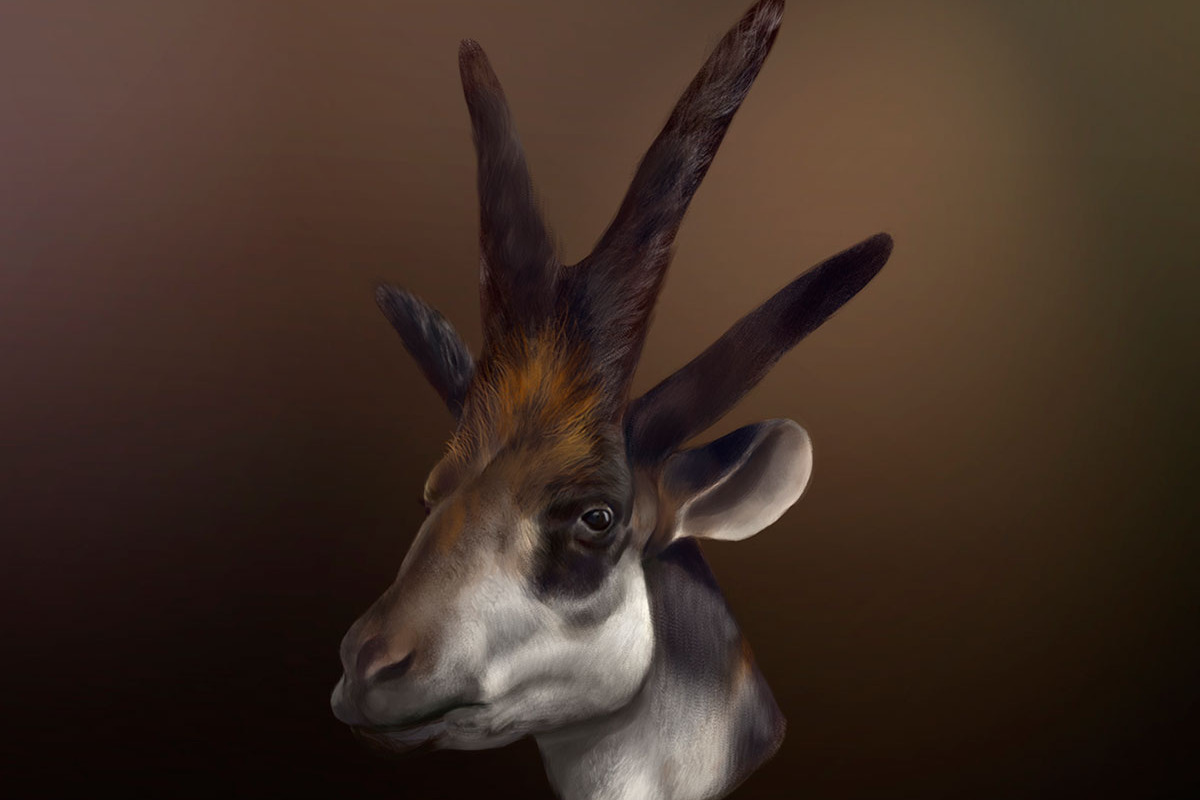 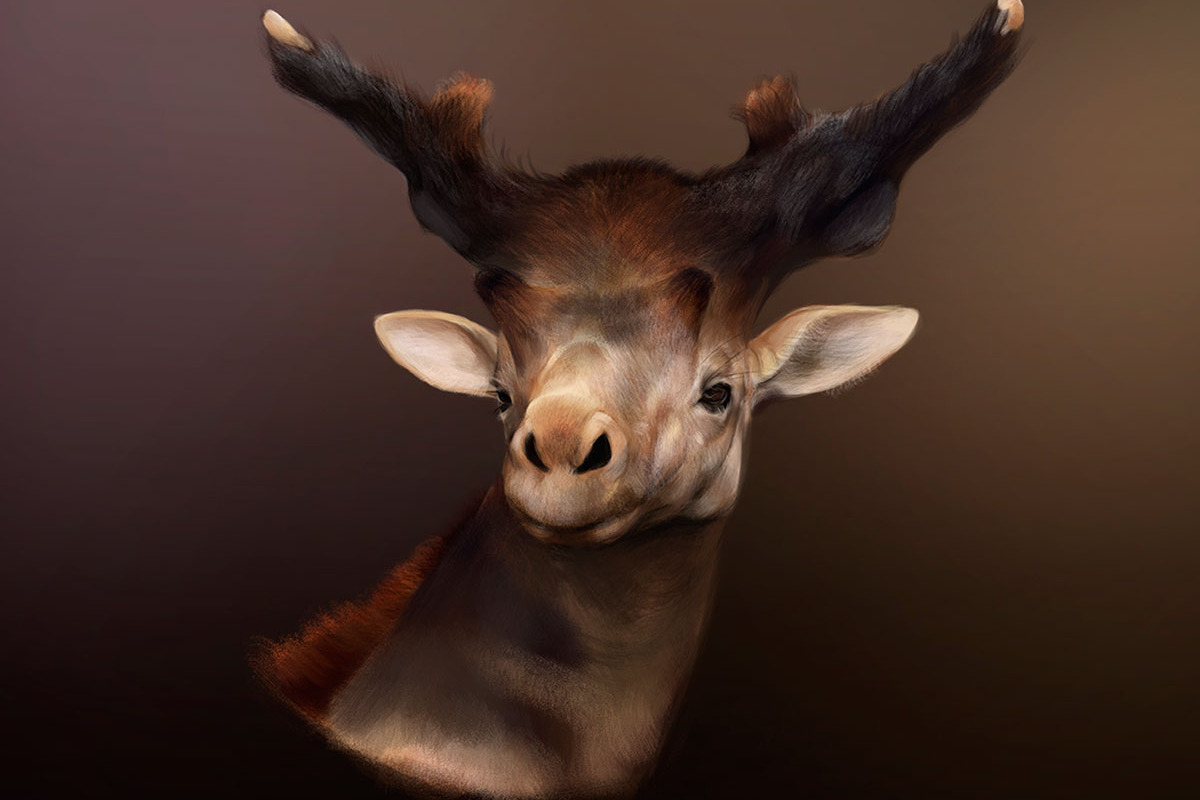 Sivatherum
Sivatherium was an okapi relative that may have become extinct as recently as 8,000 years ago
Lucas Lima and Earth Archives 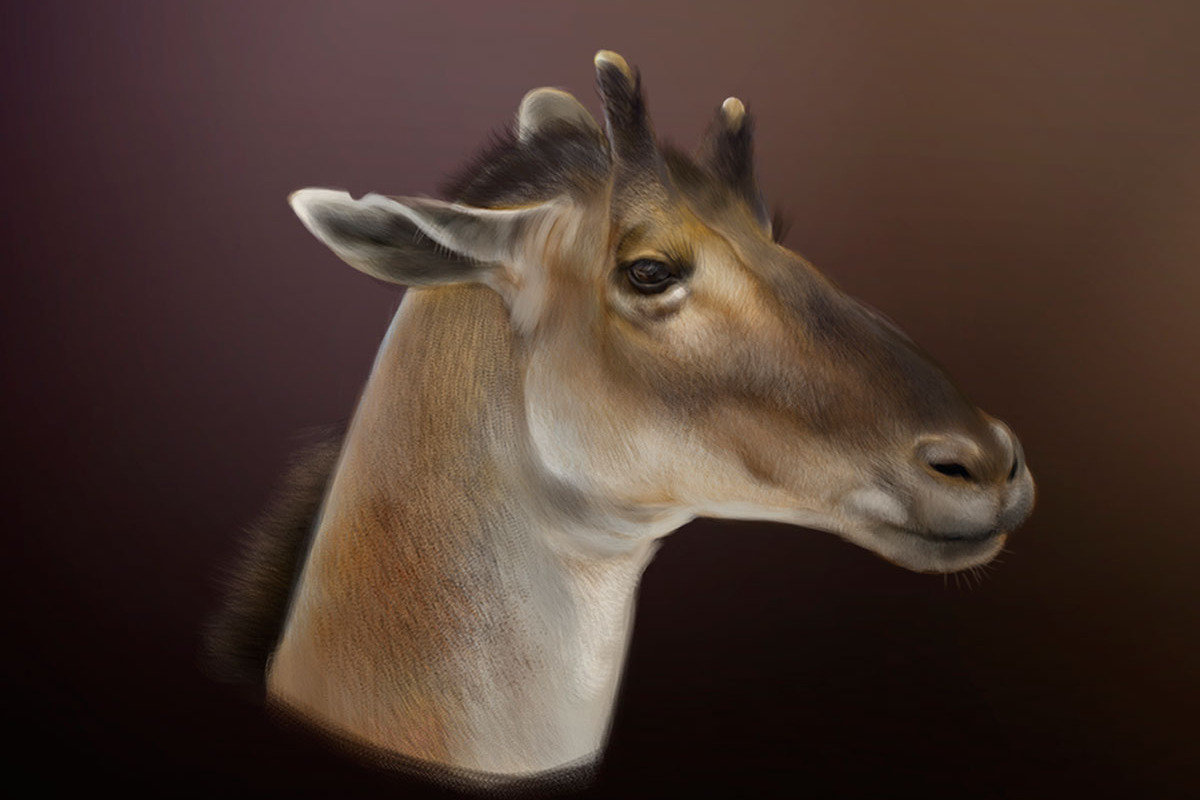 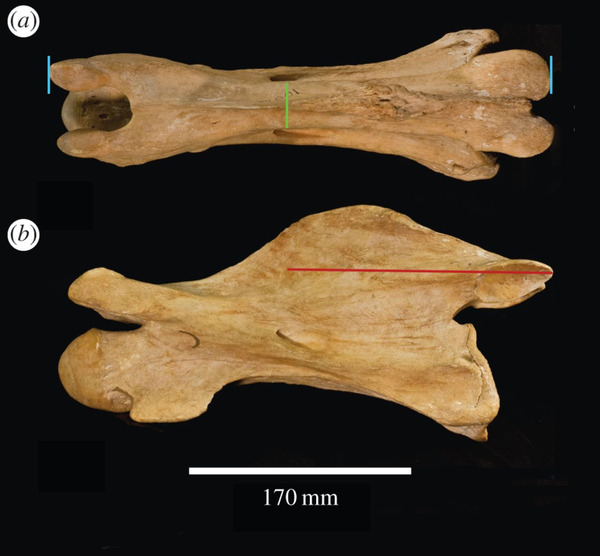 Schematic of measurements used to quantify cervical vertebral elongation. Giraffa camelopardalis C3 (AMNH 82001) in (a) dorsal and (b) lateral views. The light blue lines represent maximum length (distance between the cranial (toward the head) and caudal (toward the tail) articular facets. The green line represents minimal width. The red line represents the portion of the vertebra caudal to the caudal opening of the foramen transversarium.
Credit: Melinda Danowitz and Nikos Solounias

They found that elongation of the giraffe neck occurred in stages, first in the front of the neck vertebrae and then after a few million years in the rear of the vertebrae. These stages of elongation happened in different species, but the modern giraffe is the only species that underwent both transformations, likely to get at progressively higher leaves on trees.

Evidently, though, the elongation started even before the giraffe family originated 16 million years ago. It continued with the extinct genus Samotherium, named after the Greek island of Samos where it was found, which seems to mark the beginning of the transition to modern giraffes. The front part of Samotherium’s vertebrae were elongated and it had long legs and a general slender stature. Sometime after Samotherium, the back portion of the vertebrae got longer.

While giraffes were once widespread over Africa and Eurasia only two members of the giraffe family (Giraffidae) exist today – the giraffe and the okapi. Giraffids are ruminant artiodactyls that share a common ancestor with the groups to which cows and deer belong. They evolved around 25 million years ago, which is quite late for mammal diversification.

The okapi is a part of a distinct group of giraffids, as their ancestors started off with longer necks and over time the necks became shorter. The okapi occupies an area of rainforest in central Africa. This environment is quite different than the grassland savannahs in which the giraffes live, where arid conditions produce tall trees with leaves high from the ground.

The extinct genera Bramatherium and Sivatherium, which may have lived as recently as 8,000 years ago, also seem to have gone down the okapi path. They had strange antler-like ornamentations (ossicones), large, stout bodies and shorter necks.

Lamarck really didn’t know what he was wading into more than 200 years ago. An amazing cast of characters show that giraffe neck evolution progressed in fits and starts through natural selection. Even more giraffe fossils probably lie locked in rocks around the world just waiting to add to the story.