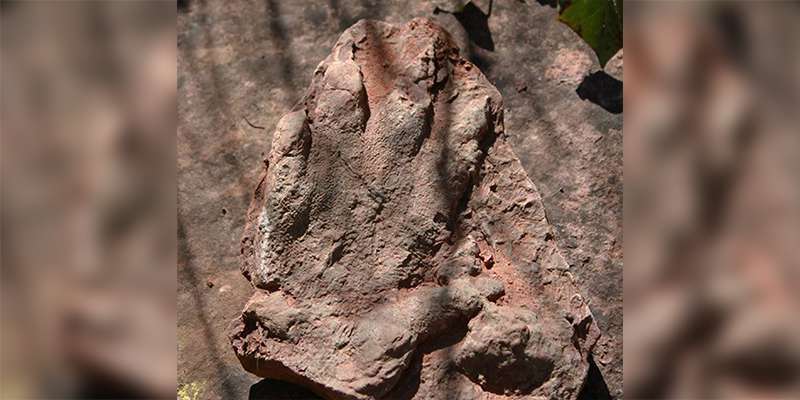 over 4 years ago by Nick Garland

All Posts
A local government in Spain reports that the footprint of a large carnivorous reptile called Isochirotherium has been found in Catalonia.

The footprint was discovered last month by a person walking in Olesa de Montserrat, a town near Barcelona. It likely belongs to an extinct animal called Isochirotherium that roamed what is now the Iberian Peninsula some 230 million years ago, during the Triassic Period.

Footprints and trackways of Isochirotherium and its relative Chirotherium have been found not only in Spain but also in places such as Argentina, China and Germany as far back as 1834. The name “Chirotherium” means “hand beast” for the foot’s similarity to human hands. As you can see in the fossil footprint, it has a digit that extends out almost like a thumb. The “thumb” probably only allowed Isochirotherium to have more stability in mud rather than functioning as an opposable digit.

These animals were likely what’s called pseudosuchian archosaurs and related to the early ancestors of crocodiles. They were also likely large carnivores of either the families Prestosuchidae or Rauisuchidae that walked nearly upright on all fours legs. 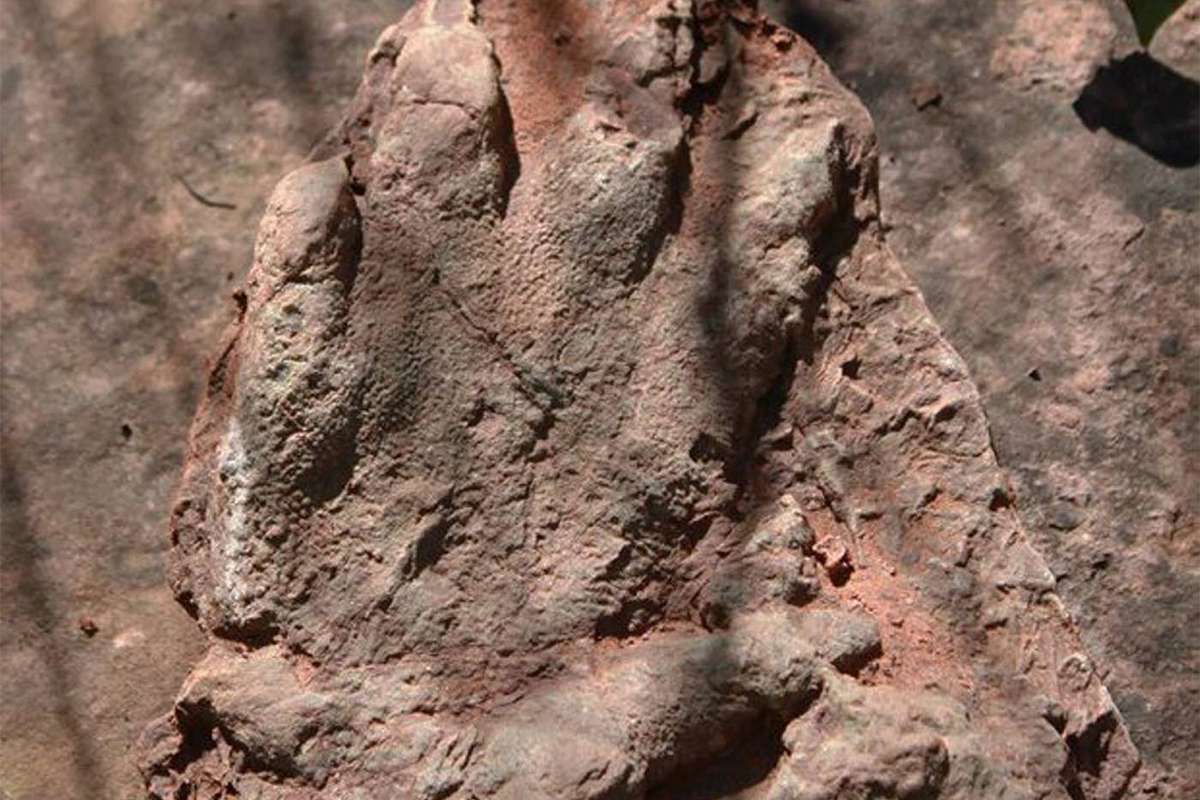 A plaster cast of the exceptionally preserved footprint showing claws and skin impressions has been sent to the regional archaeology and paleontology department for further study.