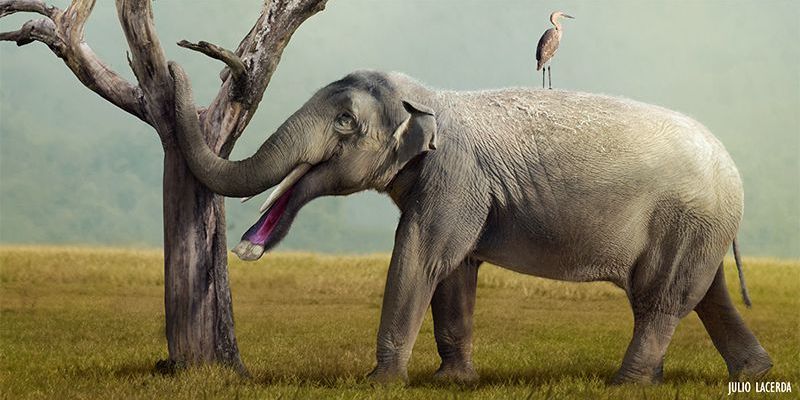 Extinct elephant likely sawed, not shoveled with its mouth

over 4 years ago by Julio Lacerda

There are only three species of elephants living today: The African Bush Elephant, the African Forest Elephant and the Asian Elephant. While being clearly different from one another, all three share the same basic characteristics: mostly hairless big bodies, thick legs, long trunks and tusks derived from the upper incisors. However, this uniformity undermines the astounding variety of extinct elephant relatives, which are collectively called Proboscideans.

Platybelodon has puzzled scientists ever since its discovery in the early 1920s. While the overall body did resemble modern elephants, its skull indicates something very different was going on. It had a very elongated mandible from which two long flat teeth protruded, forming a distinctly shovel-shaped appendage that extended far past the upper jaw. And since we don’t have any fossilized remains of soft tissue from Platybelodon, we also don’t know for sure if it had a normal elephantine trunk, or something different like a fleshy, flat upper lip that could work alongside the strange spade-like teeth to procure food. 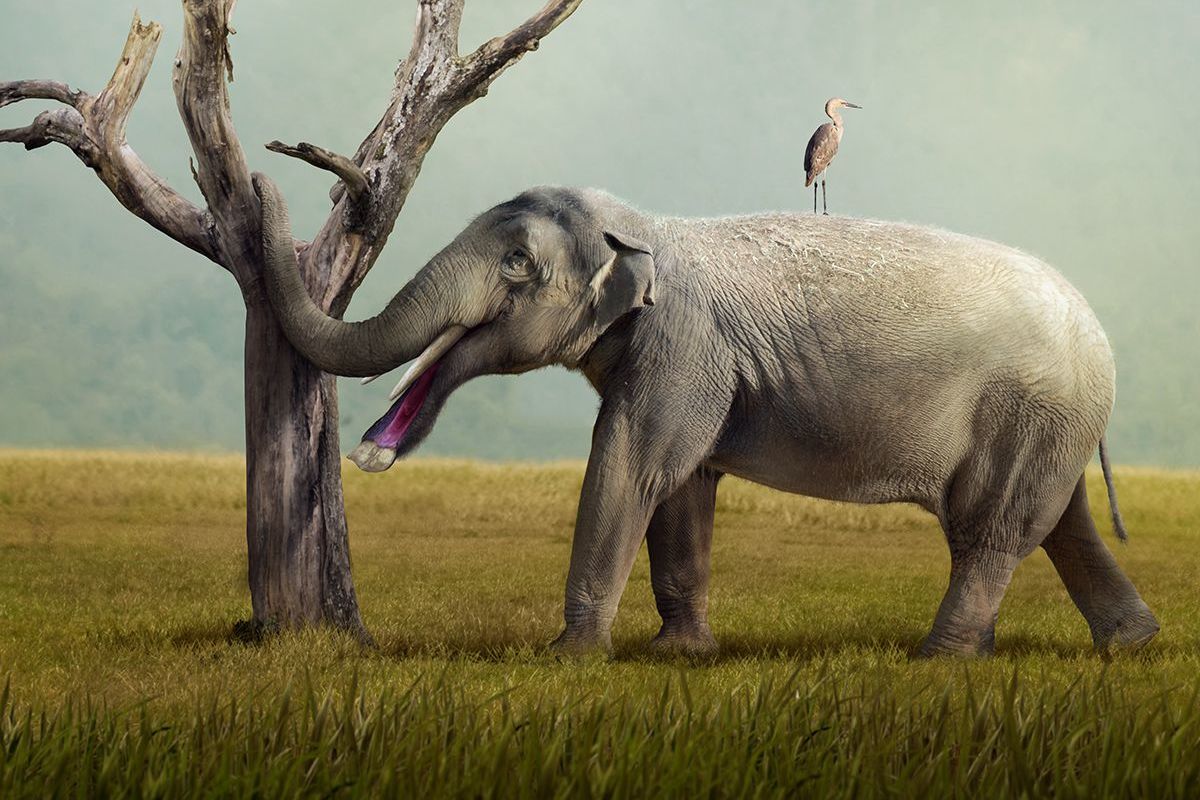 For many years, the consensus was that Platybelodon and similar relatives were swamp-dwellers, much like the old view of sauropod dinosaurs. They would use their shovel-mouths to scoop up soft plants from shallow waters and lead a mostly semi-aquatic lifestyle like hippos. However, recent research by paleontologist Gina Semprebon and colleagues confirmed a theory put forth in 1992 by David Lambert. The microscopic patterns of damage present on the teeth of these animals suggested that they were being used against rougher surfaces, like bark, branches and other land-based plants instead of soft aquatic vegetation, which would not cause as much tooth wear.

It now seems that the shovel-tusked Platybelodon did not use its tusks like shovels after all, but more like scythes. It had a flexible trunk to hold onto trees and branches while sawing at them with the sharp edges of its teeth to cut mouthfuls of vegetation and then bring those to its large mouth. This made them versatile terrestrial browsers much like modern elephants, while using a very different technique.