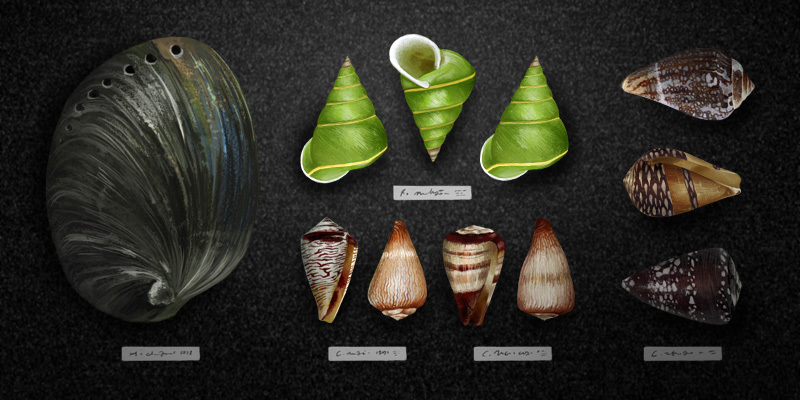 Carrying the world: the environmental burden on a snail’s shoulder

All Posts
Deep in the jungle of Papua New Guinea, lives a small creature, bright as an emerald. The attractive sheen of the home on its back is a double-edged sword for this slow-moving creature.

The Manus green tree snail, Papustyla pulcherrima, is endemic to the island of Manus and has been used in native jewelry for ages. At one point in the 1930s, however, the international market glanced upon its beauty and sparked a demand larger than the snails could keep up with. Its population plummeted, leading to its eventual protection in 1975. Although the market has since slowed down and the snail population bounced back to a more sustainable number, they are still far from safe. While the story of this little green snail ends with a happy ending, several of their relatives are not so lucky.

Take the cone snails of the genus Conus, for example. Known for their venomous sting and predatory behavior, these tropical marine snails play a considerable part in the ocean floor’s food chain. Their existence keeps the number of prey items in check, such as worms, molluscs, and fish, which might wreak havoc on the balance of the ecosystem at the snails’ absence. Unfortunately, just like the Manus green tree snail, Conus are valued for their striking pattern on their shells. As if the collectors weren’t threatening enough, multiple species in this genus are also cornered by tourism and residential development of the coastal areas they live in.

Nevertheless, not all snail sob stories put humans in the antagonistic role. Back in the 1968, Haliotis cracherodii – also known as the black abalone, kickstarted a large-scale commercial fishery in California. There the snails coexisted with humans for two decades, until the abalones caught the Withering Syndrome in 1992. This disease inhibits the production of digestive enzymes and subsequently causes the abalones to “eat” themselves from the inside. The black abalone population has since crashed, with experts predicting it to steadily decline in the next few years. Just like the Conus snails, H. cracherodii eventually joined the ranks of Critically Endangered creatures in the so-called Red List put together by the International Union for Conservation of Nature (IUCN). 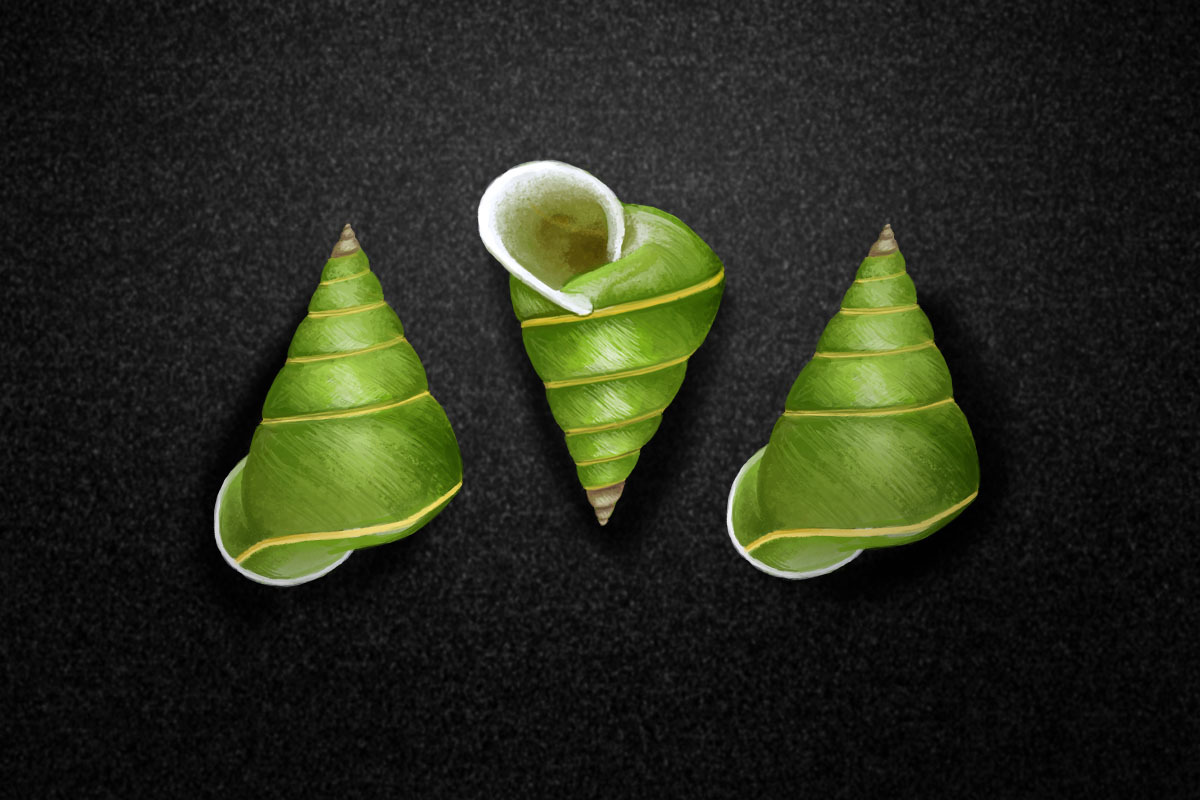 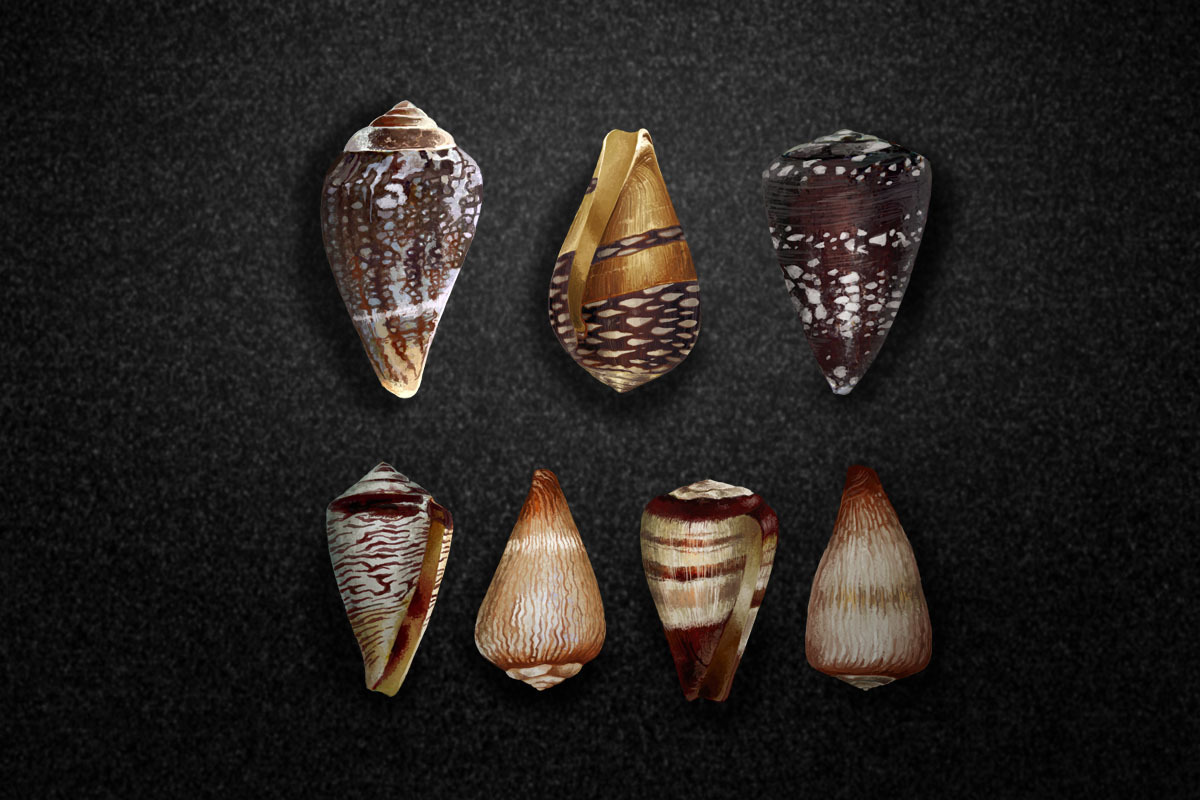 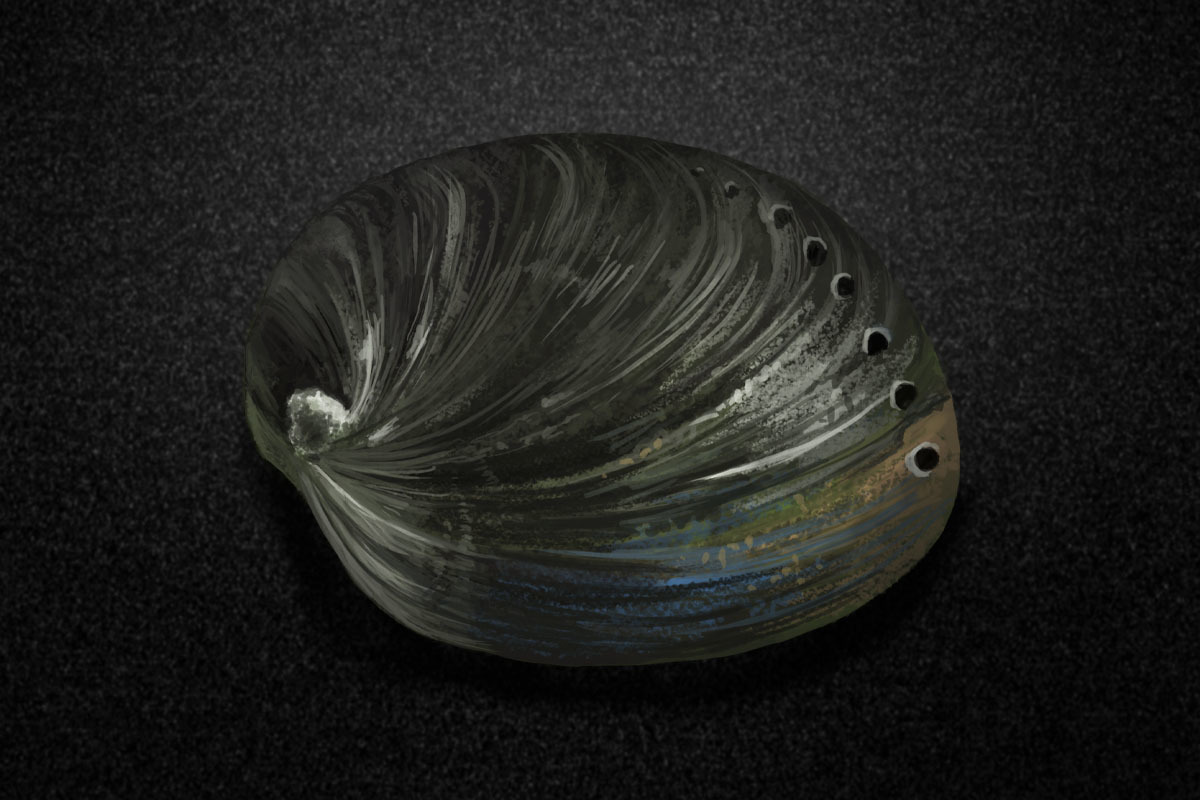 The IUCN’s Red List is a catalog of species assessed for its risk of extinction, which currently features 61,000 animals, with a big focus on particular groups of animals like mammals with over 5,500 species, 10,000 birds, and 14,000 ray-finned fish. The birds’ dominance on the list is no surprise, considering the first animal conservation rules were based around them. Meanwhile, the rest of the animal kingdom that sports no scales, feathers, furs, or backbones –  the invertebrates – are often overlooked by many.

In the invertebrates category, 6,095 insects made it to this list, a number that may seem small considering there are an estimated six to ten million species of insects out there. This highly diverse group that encompasses the familiar butterflies and ants to the lesser known silverfishes and lacewings potentially makes up 90% of all lifeforms on earth. Throughout the years, the insects have garnered attention from researchers worldwide, dominating the rest of the invertebrates on the Red List by a landslide. Except for one group of unexpected contenders: the gastropods.

The “stomach footed” snails are a major part of the bigger group called Mollusca. While this parent group contains about 85,000 species worldwide, gastropods make up at least 60,000 of that number. Yet, although the total number is a far cry to the insects’ lowest estimate of six million, a staggering number of 6,029 snails have somehow been assessed for this list. Out of that number, 1,787 snail species are considered threatened by extinction, a number only surpassed by the ray-finned fish with 2,137 and amphibians with 2,063.

Digging deeper into the lower classifications, it can be seen that most of these species are terrestrial snails isolated in small habitats like basins and islands, or small lakes where their status ranges from Least Concern to Critically Endangered. Their slow locomotion speed and tight habitat range make them prone to human influences, such as the destruction of habitats, collection of shells, to intentional or unintentional introduction of exotic species.

This situation leads to the question: “Why should we protect snails, they cannot be that important, right?” It turns out, a lot of land snails, especially micro snails are known to be reliable bio-indicators. What this means is that snail populations can reflect and therefore predict the rate of human disturbance in an ecosystem. Daniel D. Douglas states in his study that bio-indicators for old forests cannot be found in animal groups other than snails. The abundance of snail species in older forests is much higher than in second-hand “new forests” that are planted later.

Human interference is also directly linked with the chemical composition of the forest floor, like the presence of heavy metals and toxic compounds, which affect the diversity of such delicate creatures. To put it simply, more human waste means fewer endemic snails. As a part of the local food chain, snails supply higher predators with calcium-packed meals. The decline of snail population has been correlated to the thinning of eggshells in birds, reducing the success of their reproductive rate. Not being able to identify and protect these endemic species would mean that we know nothing about the quality of the ecosystem and conservation efforts would be operating in the dark. For such small creatures, snails carry the weight of the entire ecosystem on their back.

While it’s a good thing that land, freshwater, and marine snails are being added to the Red List, it can be inferred from the numbers and figures alone that countless other invertebrates still need a reason to be protected. Even their relatives, the slugs and nudibranchs, have not been assessed for potential protection. As more diverse studies are conducted to inspect the rest of the animal kingdom, it’s just a matter of time until we find out the important roles they play in the environment, just like our shelled heroes.

But for now, let’s save the snails.

Red List Category summary for all animal classes and orders


Related Stories
Save the sea squirts! Wait, what?
Desert hummingird on the edge of extinction
Meet Jorunna parva, the sea bunny
Frogs beneath the clouds - the biodiversity of Cusuco National Park, Honduras
Sixteen animals racing against extinction
//sulc.us/ma0vi
/articles/carrying-the-world-the-environmental-burden-on-a-snail-s-shoulder/