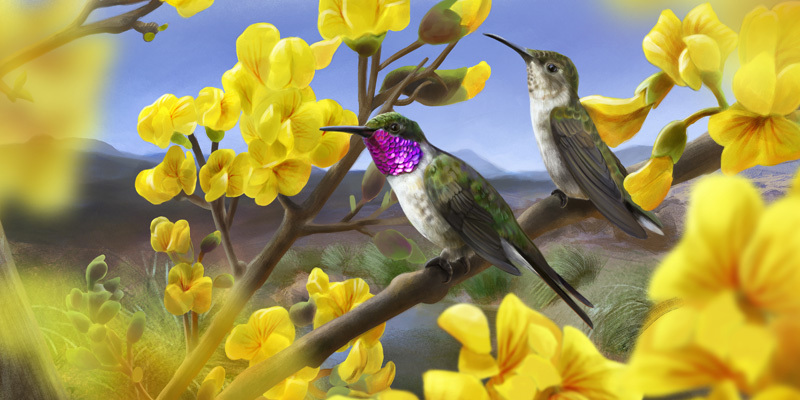 Desert hummingird on the edge of extinction

over 4 years ago by Diego Almendras

All Posts
Somewhere in northern Chile, lies three valleys famous for their fertile and narrow oasis. One of them, close to Arica City is Azapa Valley, known for its olive production; at the south of the region are Vitor and Camarones Valley. In these three oases, a brilliantly plumaged hummingbird takes refuge.

The Chilean Woodstar (Eulidia yarrellii) is the smallest bird in Chile. In the first half of the 20th century they were described as very common with over 100 seen feeding together at once. However, now they are disappearing from these areas, and are considered rare in their historical range.

According to Ilenia Lazzoni, a researcher from AvesChile, this endemic hummingbird is affected by habitat destruction, local agriculture and pesticides. Dense thickets, possibly used as courtship territories, are now scarce due to the spread of agricultural activities in Azapa and Vítor.

Its remaining native habitat in the narrow and heavily cultivated valleys is confined to small patches, and the indigenous plants favored by the species may be severely threatened. For example, the “chañar” tree (Geoffroea decorticans) is considered an important food source but is often destroyed by farmers who consider it invasive and believe it attracts mice. 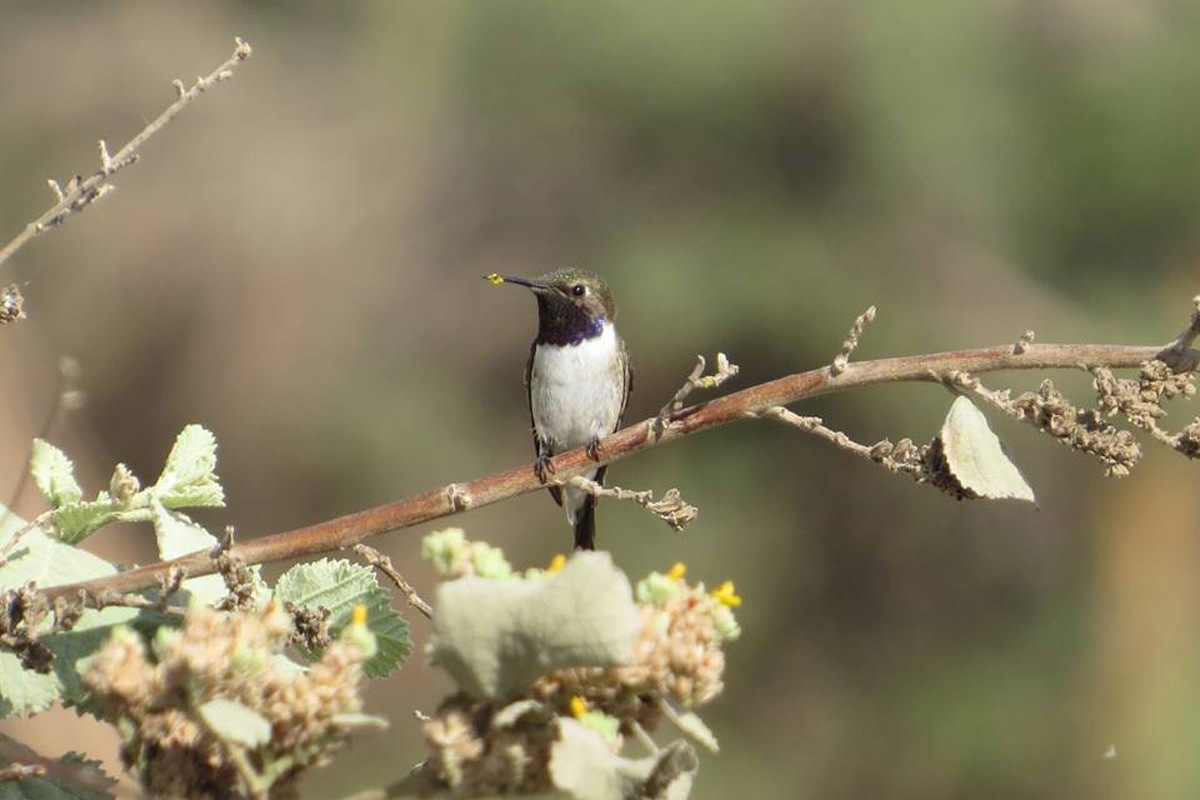 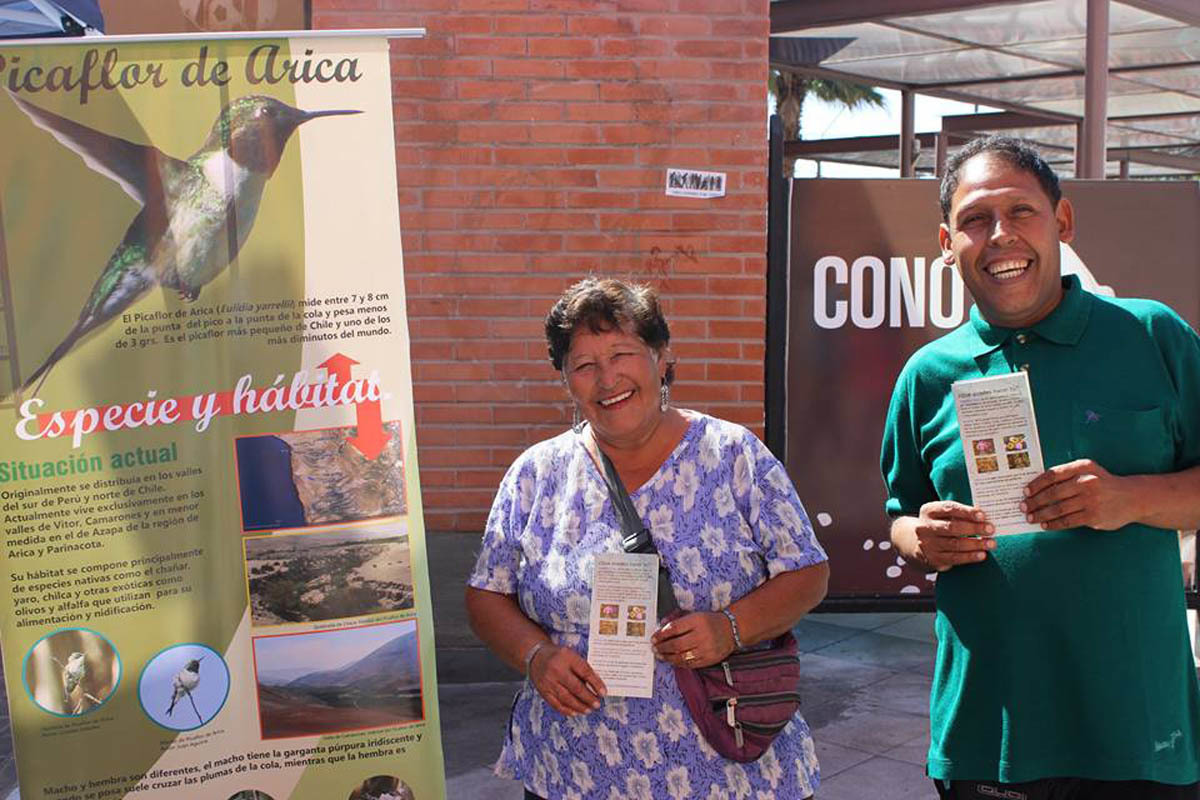 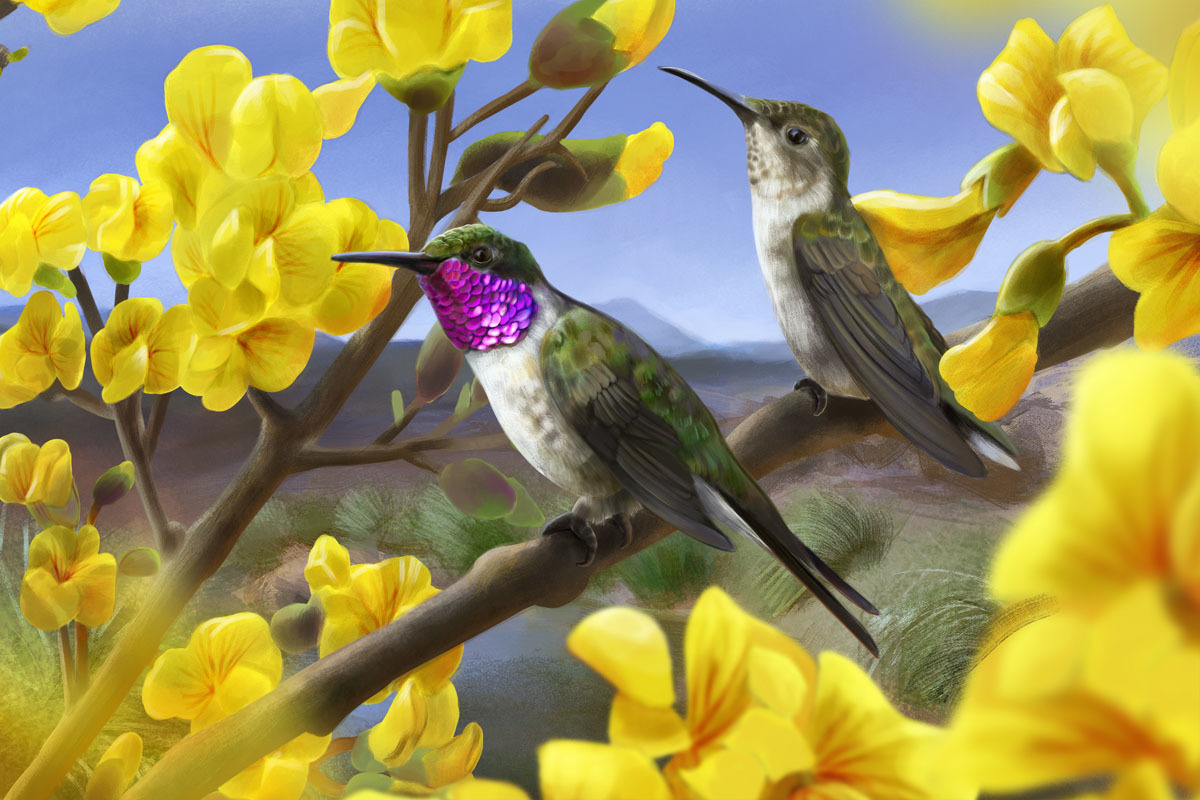 An artist's reconstruction of a Chilean Woodstar pair
Lucas Lima

As the population of the Chilean Woodstar decreases, since the 1970s, the Peruvian Sheartail – a hummingbird that came from Peru – has increased in numbers. This has led to blaming the Sheartail for the decline of the woodstar although it may or may not be a real cause. With some interactions between these two hummingbirds, hybridization has been reported in scientific literature.

In 2003 the Chilean Woodstar population was estimated to be 1,539 birds, but a census made in October 2015 showed a more catastrophic scenario: only 405 hummingbirds were found. At this rate, in five years this species could disappear. Today, only a quarter of the estimated population from 12 years ago remains. The situation is critical and since 2014, this hummingbird is listed as a Critically Endangered  Species by the IUCN.

The Chilean Government is enacting a Habitat Conservation Plan for the preservation of such areas, funded by GEF, an independently operating financial organization that provides grants to improve environmental issues. One of the first actions is the creation of a network of micro-reserves to protect the sites where the birds mate, nest and raise their chicks. The goal is to prevent extinction in the next five years, and by 2030 classify them in a less precarious condition.

Until the present, AvesChile has a research program, with annual monitoring of the population and campaign of awareness with the people of Azapa Valley and local authorities. Additionally, two micro-reserves have been constructed, the Chaca Biologic Station in the Valley of Vitor and El Rapido Biologic Station in the heavily impacted Azapa Valley. It is expected that these protected areas could ensure a bare minimum of mature sexual hummingbirds to act as “sources” for the population.

The Chilean government in association with the University of Chile are also working on Species Recovery Plans. It is a parallel project focused on creating small national parks of no more than 20 hectares where there will be vegetation management and a protected habitat, in an environment free of pesticides. The plan is being drafted but no formal actions have been conducted.

The plan also incorporates guidance of good agricultural practices, which are voluntary, and control of pesticides and pets, such as cats that hunt the hummingbird. Surely more action is needed from the Chilean government if it wants to preserve its smallest hummingbird for the next generations.

This article was written with assistance from Ilenia Lazzoni of AvesChile.