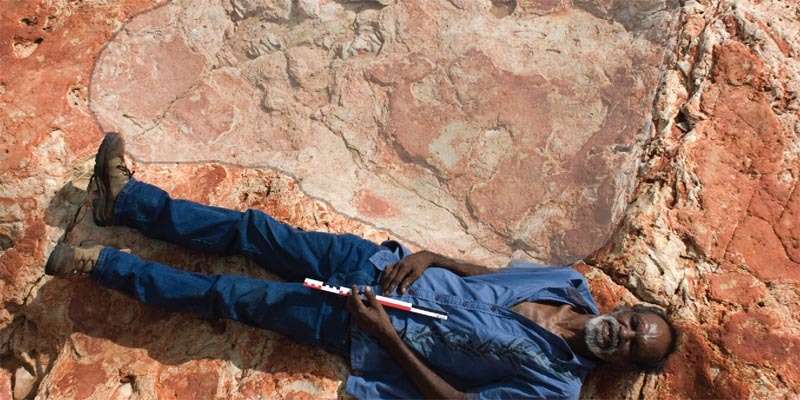 Over 130 million years ago, dinosaurs walked on muddy riverbanks, swamps, and beaches in Australia, leaving thousands of footprints behind. These footprints are now exposed on an 80 km stretch of coastline on the Dampier Peninsula on the northern coast of Western Australia. This collection of footprints, thought to be the greatest concentration of dinosaur footprints on Earth, was fully described and illustrated by paleontologists Steven Salisbury and colleagues in early 2017.

The tracks are exposed in rocks on the beach and were first discovered thousands of years ago by indigenous Australians. The local people incorporated the tracks into their cultural traditions. The three toed footprints were thought to have been made by Marala, the Emu Man. Some prints and trackways from the area were illustrated and described scientifically in the 20th century, but the current study was undertaken at the request of the indigenous cutodians of the trackways.

The footprints come from at least 11, and possibly as many as 21 different kinds of dinosaurs. Salisbury and colleagues found that the track ways in the Broome Sandstone, were formed in three major events, where flooding deposited sand over huge areas of land. The dinosaurs that created these tracks show a great number and variety of animals. 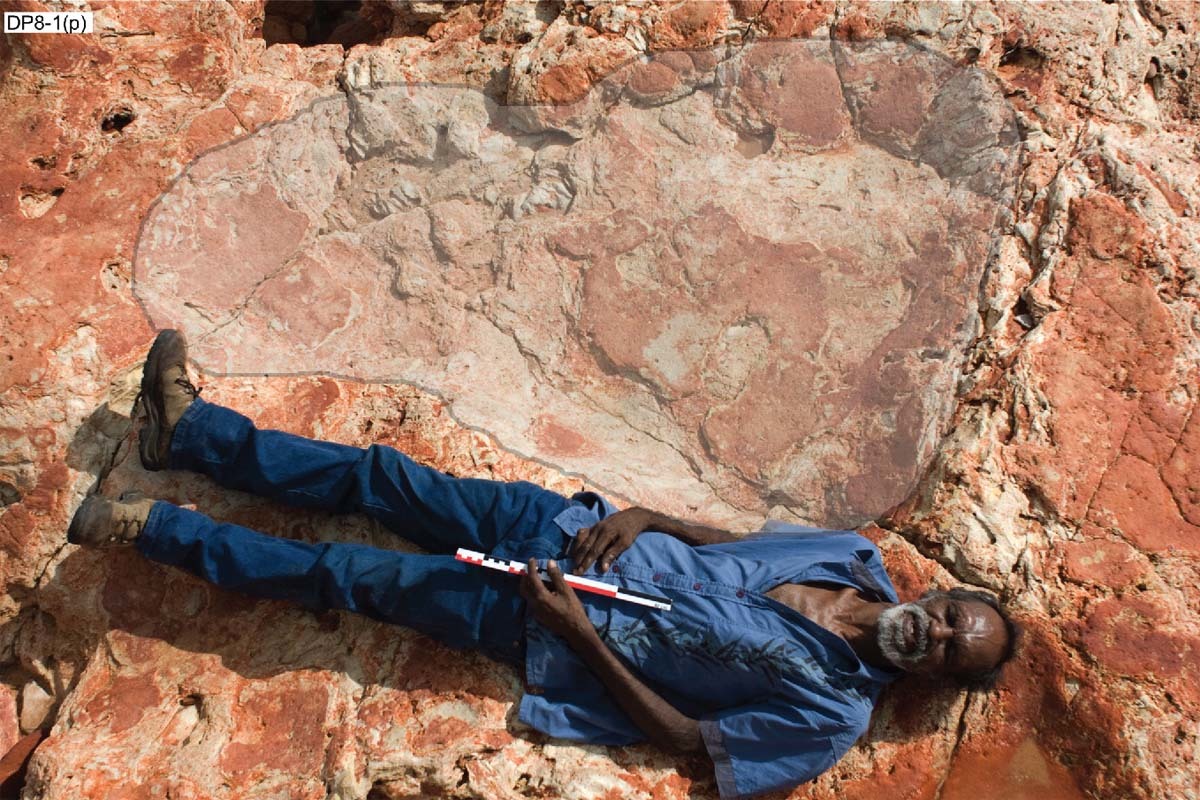 There may be as many as five species of theropods, the bipedal dinosaurian carnivores, represented on the Dampier Peninsula. The giant long-necked dinosaurs, known as sauropods, are known from six different types of track makers, and are the most abundant of all dinosaur tracks in the study area. The largest track from the peninsula, and indeed one of the largest in the world, is a 1.7-meter (5 1/2 feet) long print from the hind foot of a giant sauropod, although most sauropod prints were created by smaller animals.

Ornithopods are known from four different track makers, ranging from small, superficially kangaroo-like forms to larger bulky forms. There are six types of armored dinosaur track makers, including two different stegosaurs. These tracks represent the first stegosaur fossils from Australia, and some of the last surviving stegosaurs anywhere in the world.

The tracks were photographed, molded, and digitally mapped by the team of paleontologists, but none were removed from the ground. Indeed, none of the tracks from the area will be removed as that is considered a desecration of a sacred site, but instead will be left to erode in place. The custodians believe that the tracks reveal themselves when knowledge of them is needed, and are lost to erosion when that knowledge is no longer needed.


Related Stories
The Skye dinosaur footprint vandal: Lessons for assault on U.S. National Monuments
Walking in the footsteps of dinosaurs
Giant dinosaur footprint discovered in Bolivia
Dance of the dinosaurs
Kosmoceratops was the frilliest of all the ceratopsians
//sulc.us/nr1h7
/articles/biggest-collection-of-dinosaur-footprints-found-on-australian-coast/