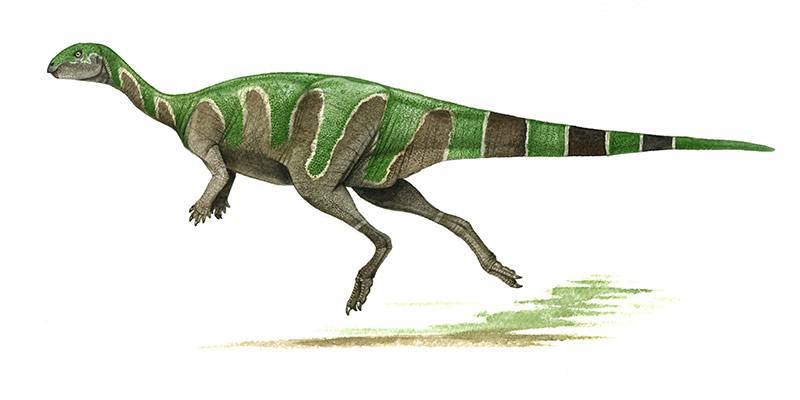 All Posts
The most complete specimen of the poorly known dryosaurid Valdosaurus canaliculatus has been discovered in Lower Cretaceous rocks on the Isle of Wight. This new discovery helps flesh out the anatomy of this dinosaur and is one of the most complete dinosaur specimens known from England.

The Isle of Wight off the south coast of England is a fossil-hunter's paradise. Rocks of the Wessex Formation, deposited during the Early Cretaceous, approximately 130 million years ago, are exposed in numerous locations across the island. The Wessex Formation preserves numerous fish, turtles, crocodilians, and pterosaurs. It also has a rather famous dinosaur fauna, including the spinosaurid Baryonyx, the early tyrannosaur Eotyrannus, a number of fragmentary sauropods, and the ornithopods Iguanodon, Mantellisaurus, Hypsilophodon, and Valdosaurus.

The large spike-thumbed ornithopods Iguanodon and Mantellisaurus are known from incomplete remains from the Isle of Wight; although they are known from excellent fossils from contemporaneous rocks in Belgium. The much smaller ornithopod Hypsilophodon, with a body shape that resembled a kangaroo, is known from numerous partial skeletons. Valdosaurus, also somewhat kangaroo-shaped, is the last well-known Isle of Wight ornithopod. Up until now, Valdosaurus had been known from numerous fragmentary fossils; solely hip, leg, and foot bones, as well as a partial shoulder blade and some vertebrae. Those remains show that Valdosaurus is a dryosaurid, a group of beaked herbivores that had limb proportions and muscle attachments indicating they were very fast runners (rather than hoppers like kangaroos). Dryosaurids are found in rocks from the Middle Jurassic to the Lower Cretaceous, and are exemplified by Dryosaurus from the USA, and Dysalotosaurus from Tanzania (both Upper Jurassic).

In July 2016 Paleontologist Paul Barrett described a new specimen of Valdosaurus from the Isle of Wight. This specimen was discovered in 2012 by Nick Chase, and consists of an articulated skeleton from mid-back to the tail tip. There's a chance that the entire skeleton was present sometime in the past, but was eroded out of a cliff before discovery by Chase. The specimen shows that Valdosaurus is quite similar to other dryosaurids, and like Dryosaurus and Dysalotosaurus was about 3.5 meters (11.5 ft) long and stood about 1.3 (4.3 ft) meters tall at the hips. Like all dryosaurids, Valdosaurus has distinctive muscle attachment landmarks on its legs showing that among ornithopods, they were particularly fast runners. This new specimen also confirms that Valdosaurus lost its inner-most toe, a condition seen in Dryosaurus and Dysalotosaurus but not earlier dryosaurids. Although no skull is known for any specimen of Valdosaurus, it is assumed that its skull would have a toothless beak, and a battery of grinding cheek teeth like other dryosaurids. 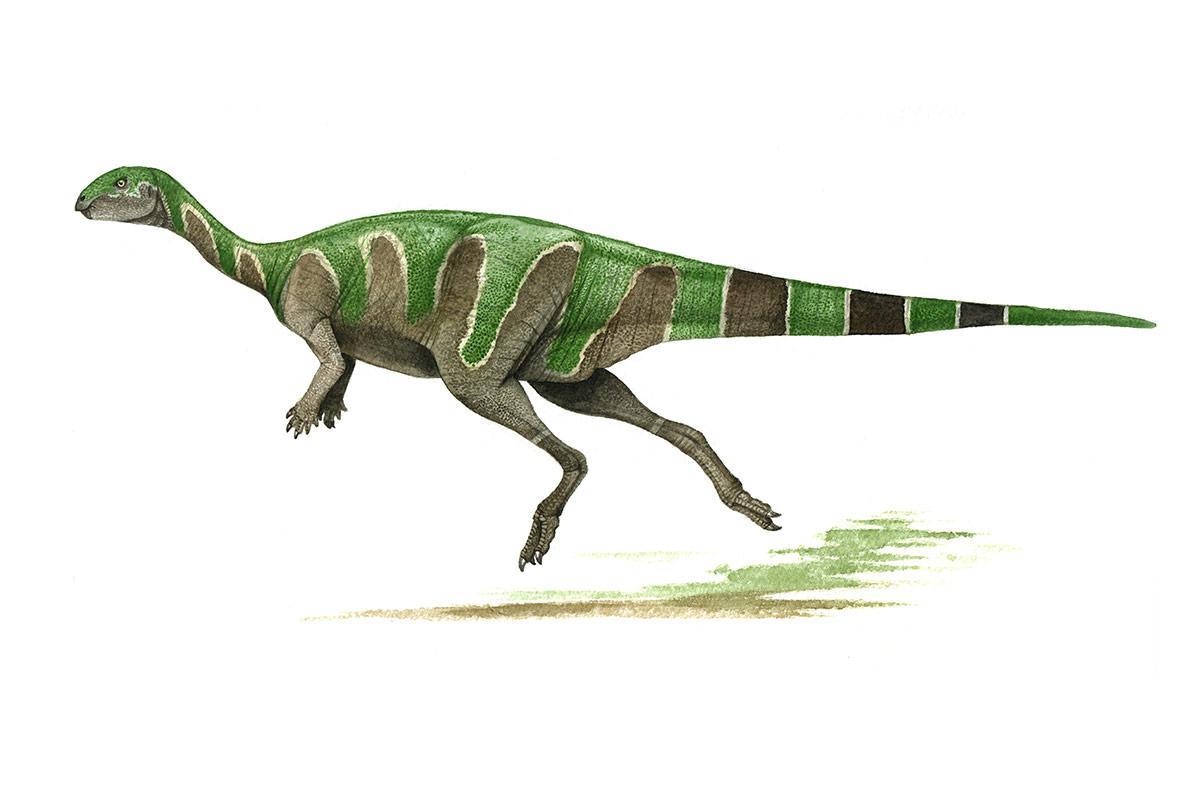 Despite the fact that the new specimen of Valdosaurus is missing the front end of the animal, it still represents one of the most complete specimens of any dinosaur known from England, and one of the most complete specimens of a dryosaurid from anywhere in the world. Hopefully more complete remains will be discovered in the future to further flesh out the anatomy of this ornithopod.