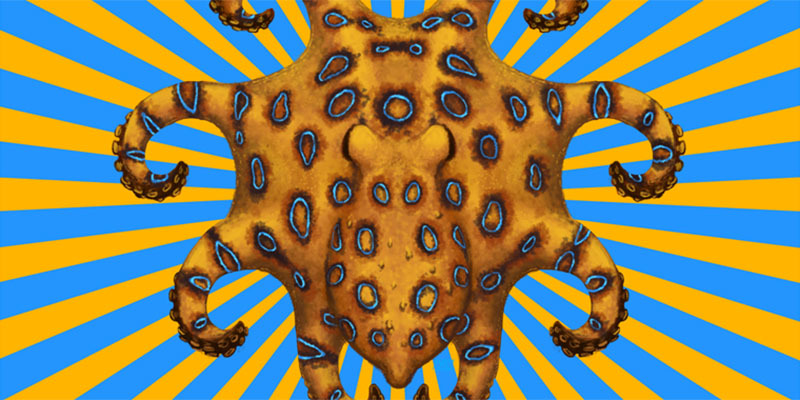 about 3 years ago by Alex Barley

All Posts
The ability to disorient is a powerful weapon. In nature, animals use it to survive, scaring predators and buying a precious few seconds to escape.

Most animals strive to avoid detection, adopting cryptic patterns or becoming masters of camouflage, like octopuses and their kin. When this disguise fails them, they opt to alarm

Animals like the mountain katydid might flash bright colors or adopt strange, intimidating postures aiming to derail an attack and escape with their lives. Some of these animals also use chemical defenses, whether by toxins or venoms, and a combination of the two.

These startle displays are called deimatic behavior — deimatic meaning ‘to frighten.’ — triggered when an animal feels threatened and reveals hidden defenses to dissuade the aggressor. Linguistics aside, here are three animals that are sure to stun:


Southern blue-ringed octopus (Hapalochlaena maculosa) These octopuses are found all along the southeast coast of Australia in shallow, rocky waters. Though normally inconspicuous, blue-ringed octopuses flash bright blue when threatened, and have a venomous bite loaded with neurotoxins that can cause fatal paralysis if untreated.

The blue color of the rings is not caused by a pigment, but by tiny iridophores – cells with special mirror-like structures that reflect light in the blue-green wavelength. The bunching of dark melanin pigments below these iridophores serves to increase contrast, making the rings even more eye-catching. 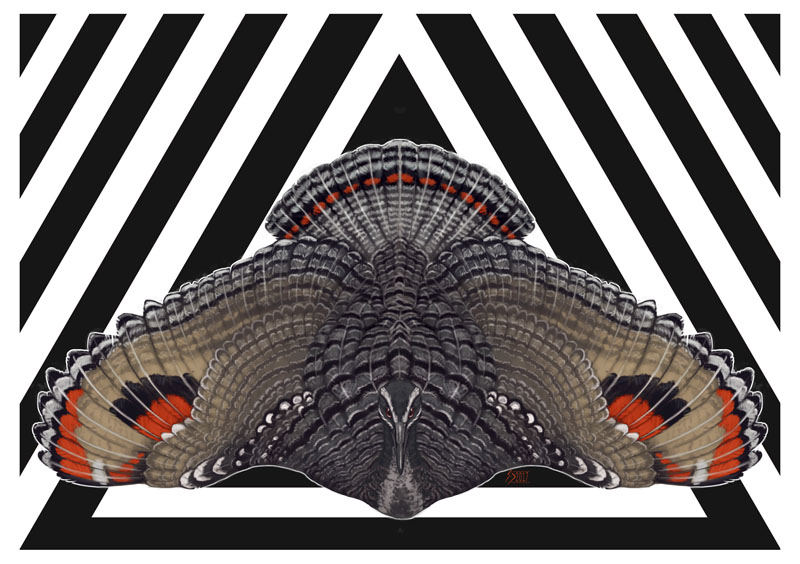 
Sunbittern (Eurypyga helias) Found in the tropical areas of the Americas, this drab-looking bird is the only member of its family, Eurypygidae, and originated from the Gondwana supercontinent. Normally plain and inoffensive, these birds react to threats by spreading their wings, revealing huge eyespots, accompanied by hissing, in an attempt to startle predators.

Hatchling bitterns have been seen attempting this display before they have even fully developed the feathers required, though by 12 days their feathers are considered to be fully functional. These birds also use these fancy feathers to attract mates, combining outstretched, downward-angled wings with duets of bill-clattering and trilling. 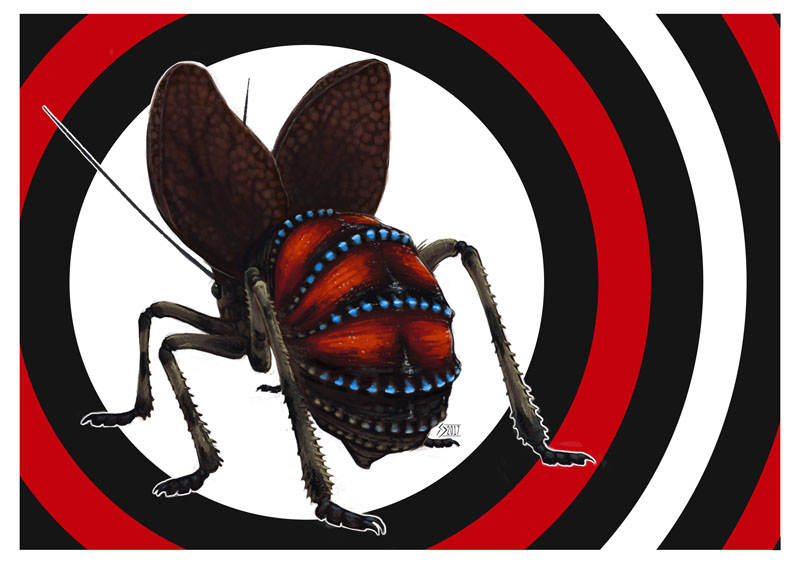 
Mountain katydid (Acripeza reticulata) These little-known katydids are found all along the Eastern coast of Australia, from the Snowy Mountains, all the way north to Brisbane. They are rather clumsy when moving, but have a dramatic display when disturbed, lifting their wings to reveal a colorful abdomen coated with noxious chemical secretions.

A 2015 study by Dr Kate Umbers determined that the katydids only display after being touched. Displaying only after being physically attacked seems counter-intuitive, but it has been suggested that they are tough enough to survive this initial attack, and predators may also better learn to avoid them once tasting the noxious chemicals they produce.

Despite how eye-catching these species are, the evolution and exact mechanisms of startle displays remain poorly understood in even the more well-studied species, like the blue-ringed octopus. Visual displays are reliant on the fact that a predator primarily uses sight to detect and identify its prey. These displays are, in essence, a message to the would-be predator: Stop! These messages between predator and prey have a complex, poorly understood evolutionary history.

Scientists study these animals to better understand what part of the display is the most meaningful and how much information each component of a display conveys, from the pattern to the colors used. Some colors seem to be selected over and over, across many different species, to send a specific message. A good example is the combination of black and yellow, which is used by many species to signal toxicity, a phenomenon observed in Mullerian mimicry.

For all the mysteries surrounding the evolution and persistence of deimatic displays, these species can be important for conservation. Eye-catching animals make excellent ambassadors, especially for insects that are so often overlooked in favor of familiar mammal species. There is a lot of conservation potential for charismatic critters like the few featured here.