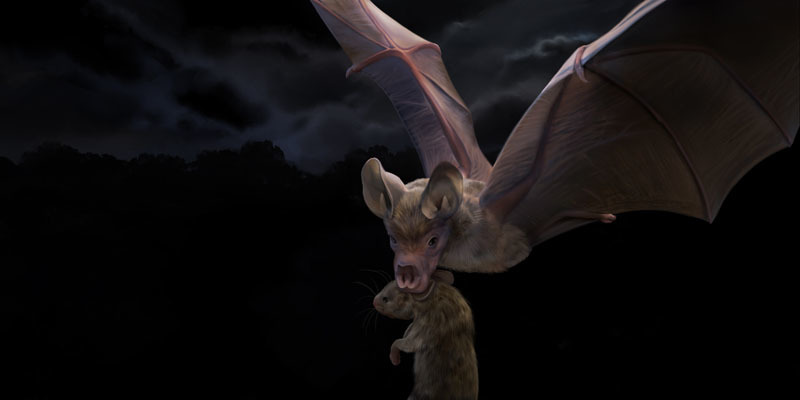 over 3 years ago by Carlos Albuquerque

All Posts
Known from fossils found in Eocene-aged rocks in Europe and Africa, this ancient bat didn’t eat fruit or insects, like most living bats. Instead its teeth show it focused on larger targets.

As a group, bats are unfairly maligned as flying monsters. Unless you’re a bug or a banana, most bats are fairly harmless. Nonetheless, as nocturnal animals with features considered aberrant by human beings, bats have captured the imagination of cultures around the world as flying demons. And one particular extinct genus doesn’t ease the mind when it comes to these stereotypes.

Few prehistoric animals can be as lucky as the bat Necromantis. It has just such a wonderfully over-the-top name, literally “death eater.” Nothing could be more perfect than a monstrous name for what was, in life, a cute flying mammal.

Necromantis fossils were first found in Eocene age rocks in France, but more recently they have also turned up in Tunisia, showing a wide range across the eastern hemisphere. A variety of other bat taxa can be found in the early Cenozoic of Africa and Europe, but few are present in both continents, even during the various periods of faunal exchange between both continents. 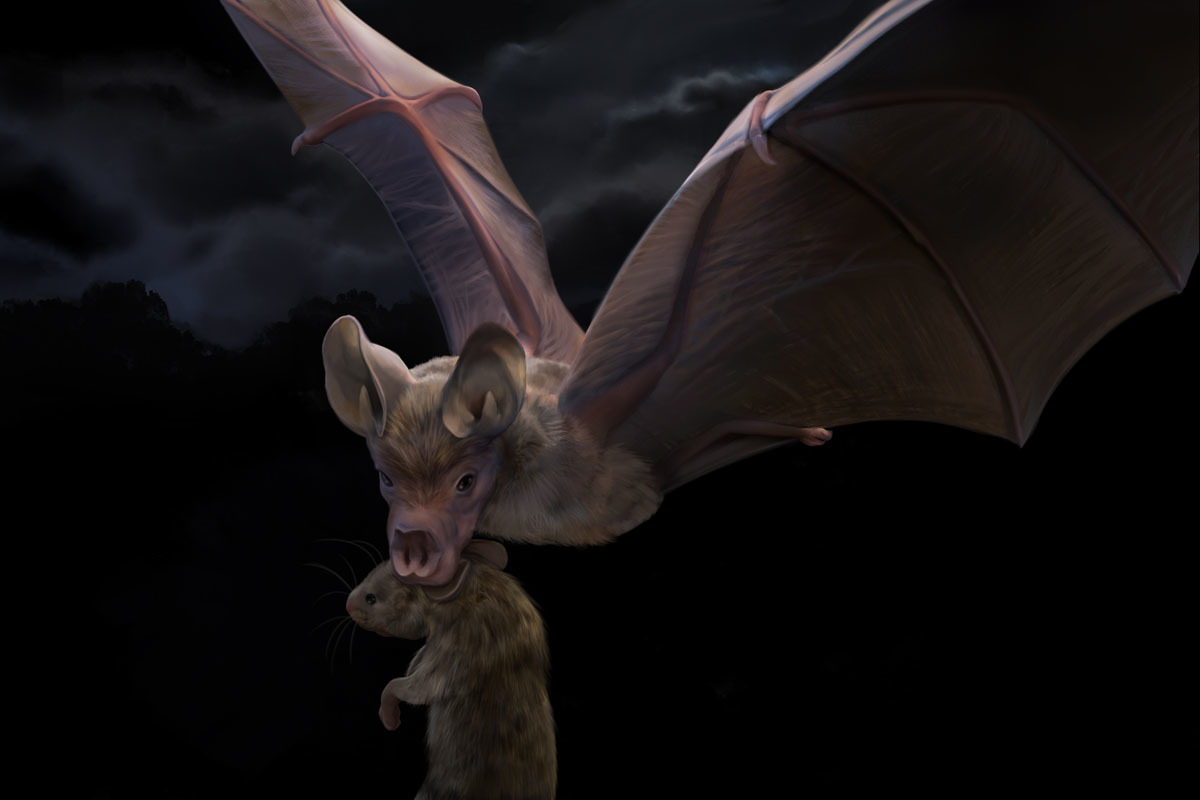 Though its exact wingspan isn’t clear, Necromantis was one of the largest bats living in its environment. What really set it apart from its contemporaries were its jaws and teeth.

The skull of Necromantis bears a tall ridge called a sagittal crest anchoring the muscles that close the jaws and massive canines and molars similar to the carnassial teeth of carnivorous mammals. These dental features are unique among bats, as even modern carnivorous bats lack carnassials.

Necromantis was decidedly specialized for carnivory, with its carnassial-like teeth allowing for more efficient cutting and butchering of flesh than any other bat. The stout lower jaw also suggests that the bite was focused on crushing action. These features show it was the bat most dedicated to carnivory so far known, it may have scavenged, and could probably hunt larger prey like mice, birds, or even other bats.

The structure of the inner ear shows that the head was held with its snout angled downward, a feature seen in modern leaf-nosed bats. They echolocate by emitting sounds from their nostrils, and Necromantis may have too. The fleshy, leaf-shaped nasal extensions are thought to help with echolocation, and Necromantis may have been similarly equipped.

Like the carnivorous marsupial Anatoliadelphys, Necromantis was probably some odd evolutionary experiment in mammalian carnivory. Their region of the globe was also occupied by many odd animal groups such as hyaenodonts and the enigmatic ptolemaiidans.


Related Stories
Stegodon, the “elephant” with sideways trunk
Komodo dragon's extinct cousin from Athens
The cave hyenas of ice age Europe
The evolution of filter-feeding in whales
The long-lost cousin of rhinos and horses
//sulc.us/2nc86
/articles/prehistoric-bat-munched-on-mammals/