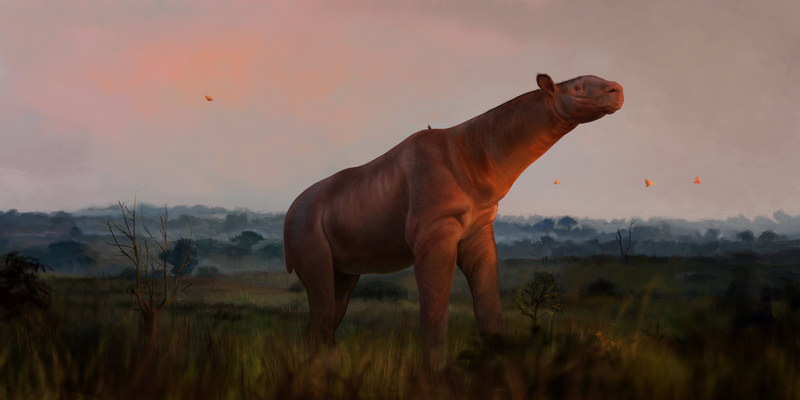 Paraceratherium, the largest land mammal that ever lived

If one looks at the history of fossil mammals, it's difficult to get much more strange than Paraceratherium, which holds the record for largest land mammal ever to have lived. This hornless rhinoceros relative lived during the Oligocene Epoch, some 34-23 million years ago and is estimated to have been around 25 feet long and weighed as much as 5 elephants. It was a member of a group of mammals called the Indricotheres, the hornless rhinoceroses.

You might be asking yourself, "How could a rhinoceros not have a horn?" Now, that's a good question. The living rhinoceroses acquired their characteristic accoutrements relatively recently and there was a whole big group of rhinoceros relatives that didn't have horns. Paraceratherium sure made up for that in sheer size, though. And it had a prehensile lip even bigger than modern rhinos that allowed it to browse for leaves on trees in their native range from the Balkans to China and Pakistan.

The arrival of herbivorous competitors may have killed all Paraceratherium, but no one really knows what led to their extinction. 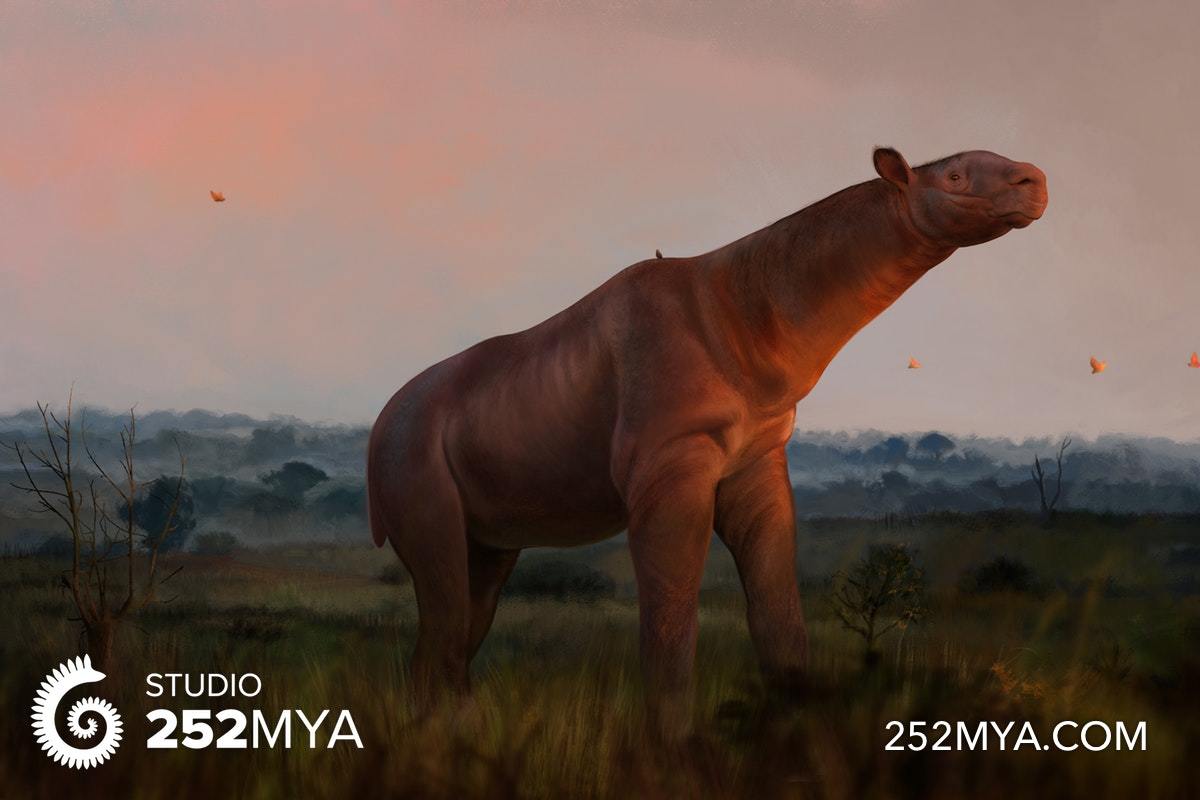 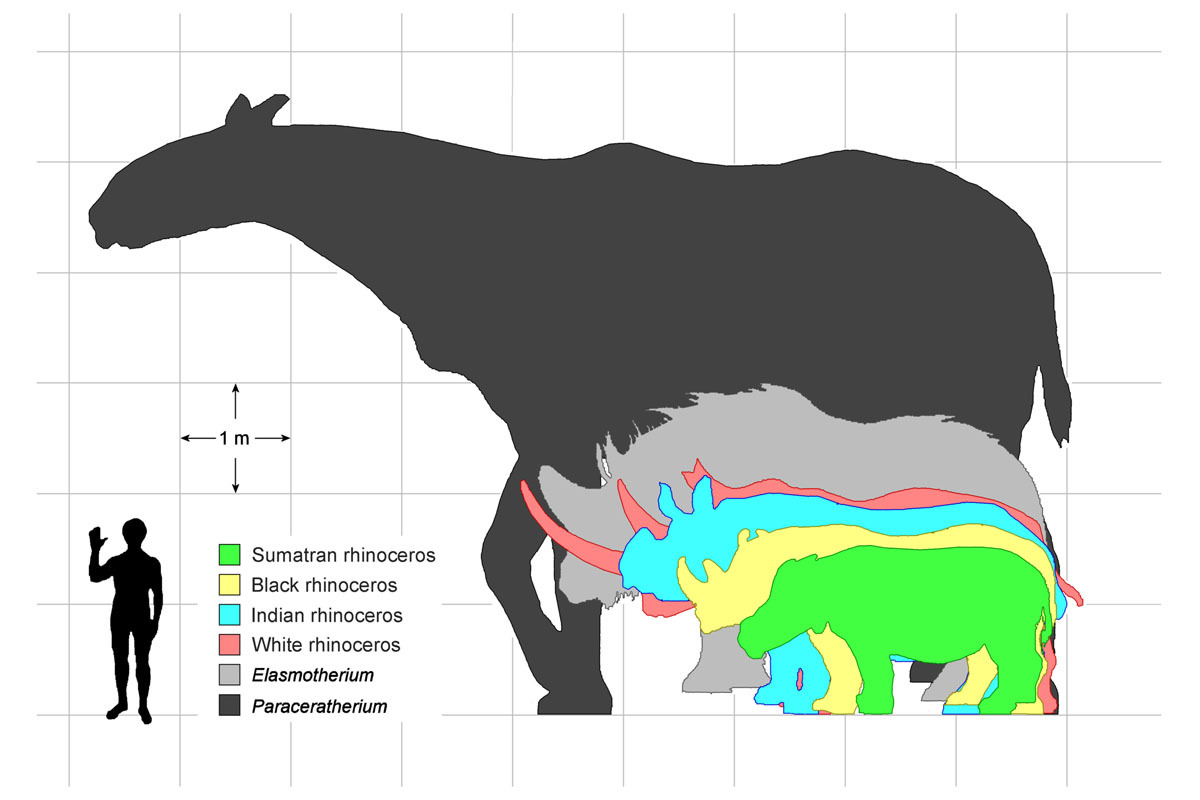 
Related Stories
Giant hyena versus tusked rhino
What would you get if you mixed a dog and a bear?
Terminator pigs: Rise of the entelodonts
The biggest rodents in the world used their teeth as tusks
New Zealand’s 25 million year old “Dawn Whales”
//sulc.us/07j6a
/articles/paraceratherium-the-largest-land-mammal-that-ever-lived/