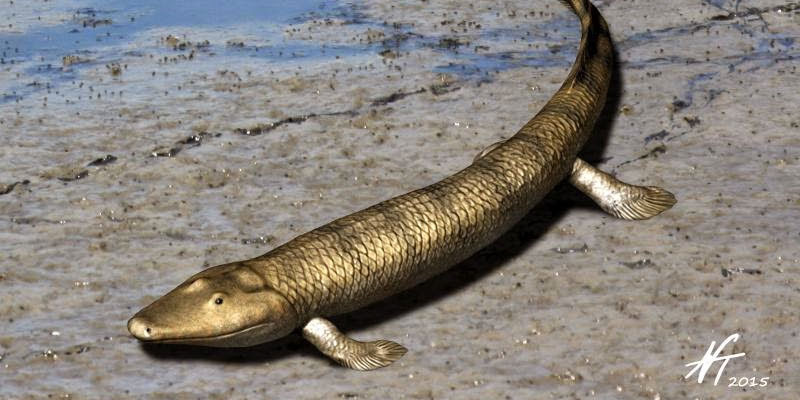 Tiktaalik was a fish out of water

All Posts
How in the world did fish evolve into land-dwelling animals? Scientists knew that fish must have had to emerge from water on primitive feet but they couldn't find their missing link. Until they found Tiktaalik.
Image info 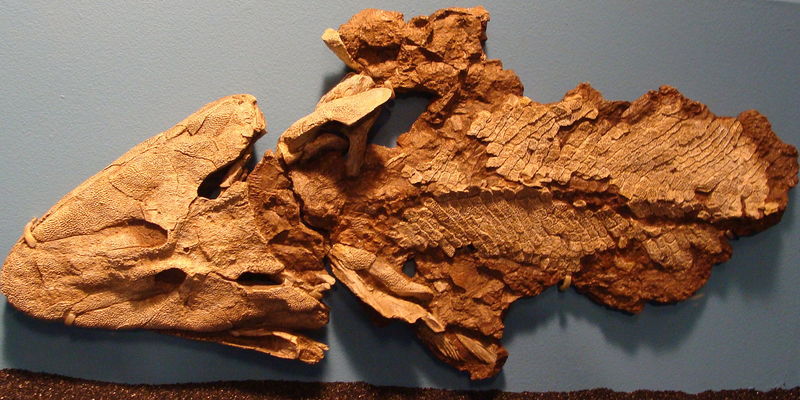 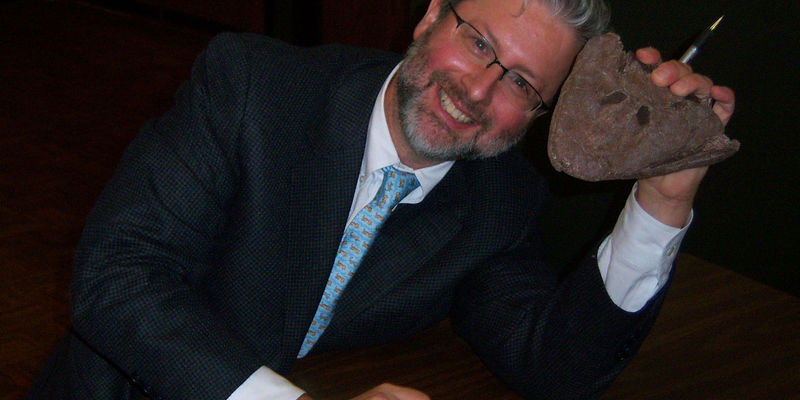 Neil Shubin
Neil Shubin holding skull of Tiktaalik
Caleb Long
When people say "Show me the missing links!" they never fully appreciate that almost each and every fossil is a link between a species that came before and a species that appeared later.
Paleontologists have for a long time tried to explain how fish with an aquatic habit evolved limbs making them capable of venturing onto the land. They needed to find a transitional fossil, or what most people call a missing link.
Neil Shubin of the University of Chicago was on a mission to find this transitional fossil when he began leading fossil expeditions in the last decade. He thought he knew exactly where to look, in rocks from the Devonian Period of geologic time or about 375 million years ago. Exposed rocks like this could be found in the polar region of Canada's Nunavut territory and that's where the search began in earnest.
Here on Ellesmere Island Shubin and his team found exactly what they were looking for. They found a largely complete skeleton of a fish that had a flat head, a massive shoulder girdle and limb bones with fins that were wrist-like.
They named their new animal Tiktaalik from an Inuktitut word for a freshwater fish. But it's clear that Tiktaalik was more than just a fish with fleshy fins. Those fins were capable of supporting its weight on land. The walking fish also had holes on the top of its head called spiracles, evidence that it may have had primitive lungs. Lungs would have also required the development of a sturdy ribcage, a hallmark of four-limbed animals (also known as tetrapods). Tiktaalik is also the first known animal to have evolved a neck. Having the head and the shoulders separate would become a very important feature of the first exclusively land-based tetrapods.
Tiktaalik is very clearly a transitional fossil that shows us how fish could have evolved into land-dwelling amphibians like Ichthyostega and Acanthostega. So, next time someone tells you to show them a missing link, look no further than the walking fish from Nunavut.
Image Credit: Nobu Tamura for Earth Archives